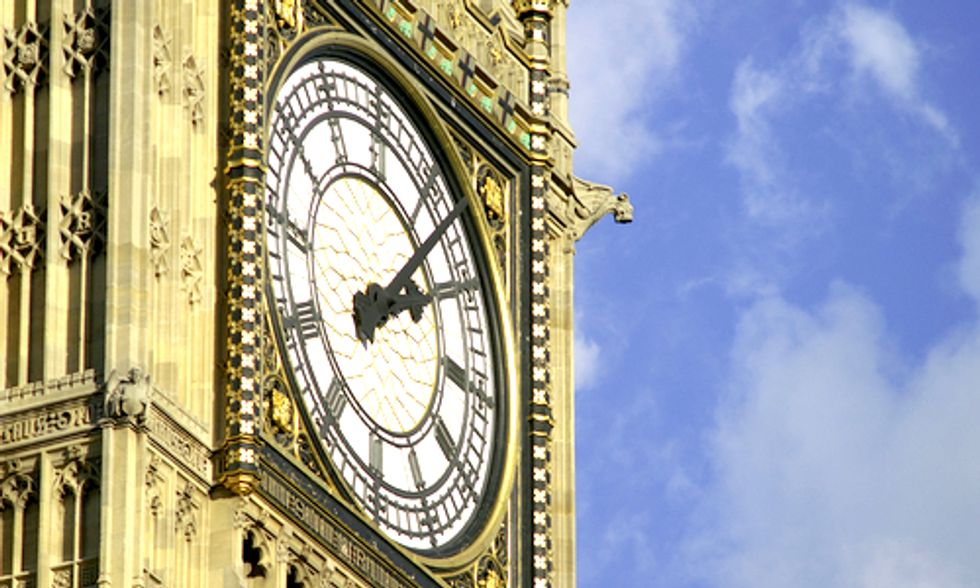 The massive tower, clock and bell in London known as Big Ben is slated for a makeover, and it could include solar panels.

It's just an idea for now, but one that could place solar energy front and center of a landmark. The idea came about last month when Parliamentary passholders were asked to submit ideas for how the estate could improve its energy efficiency by 34 percent by the end of the decade. At least one person suggested the panels, according to BusinessGreen, and now the House of Commons is considering the installation as an option.

The "Big Ben" clock at the Elizabeth Tower, Palace of Westminster in London.
Photo courtesy of Shutterstock

"These ideas will now be discussed, reviewed and prioritized by the Environment Team with a program of initiatives to be developed in future months," a spokesman for the House of Commons said.

A clock face with solar panels would become part of a group of green initiatives scheduled to take place at the House. They include installing voltage optimization technology, low-energy LED lights and exploring additional energy efficiency improvements.

The House will also install solar panels on some flat roofs in 2015 as part of a renovation to repair the cast-iron roof of the Palace of Westminster.

"The project is expected to ensure that the roof remains serviceable for another 150 years, and will give us the opportunity to improve our environmental performance ratings and fire safety systems," the spokesman said.

According to the UK Department of Energy and Climate Change, there were nearly half a million solar panels on UK buildings as of Jan. 5. At the end of 2013, the United Kingdom's energy minister called for the government to install 4 million panels to become a leader in solar deployment.

In January, London unveiled the world's largest solar bridge, covered by 4,400 photovoltaic panels to produce half of the energy for Blackfriars Station. Check out some pictures of the bridge: