In the wake of the October 2017 fires in Northern California, which resulted in the loss of so many lives and homes, people affected by the tragedy are grieving and bewildered. Many people are searching for answers about what caused the fires, and a way forward to prevent similar loss of life and property.

It’s frustrating, then, to watch Republican leaders in Congress and the Trump administration politicizing the recent tragedy as they push for a sweeping elimination of environmental laws on our national forests and other federal public lands to increase logging and backcountry fire suppression under the guise of community protection. On Nov. 1, the House voted 232-188 to allow for more “salvage logging” and other forms of tree-cutting on federal properties. According to the Associated Press, House Speaker Paul Ryan said the bill was needed to protect the nation’s federal forests “from the kind of devastation that California experienced.”

Wrong. Even a cursory examination of the science of forest ecology reveals that this plan would not only destroy vast acreages of public forests, but would also put communities at even greater risk.

The fires that occurred last month in California were in low-elevation foothill ecosystems dominated by oak woodlands and grasslands. The fires were far away from any national forests or other federal public lands. Eviscerating environmental laws on federal forestlands would do nothing whatsoever to help the affected communities now or in the future. Instead, what the tens of millions of Americans living in rural communities within fire-adapted ecosystems really need is for federal and state lawmakers to focus on directly protecting homes and lives from wildland fire.

The science is clear on how best to do this, and it involves a few basic steps. Most important, we need to help homeowners make their homes far more fire-safe. This includes measures such as using fire-resistant roofing and siding, installing rain gutter guards (to prevent flaming embers from landing in a dry bed of pine needles and leaves accumulating in rain gutters); using a fine-wire mesh on exterior vents to prevent embers from floating into interior spaces like attics; and replacing wood decks with fire-resistant composites. Homeowners also need assistance to create “defensible space” within 60 to 100 feet around their homes, which involves removing most small trees and shrubs, removing lower limbs on mature trees, and annually raking up and removing small twigs, needles and leaves from the ground. (Clearing vegetation away from larger distances from homes offers no added benefit for home protection, research shows.)

Further, we need to create an infrastructure to notify communities when wildland fires occur so that people and their animals can evacuate quickly. When these steps are properly implemented, the vast majority of homes can and do survive wildland fire, and lives are saved. Finally, we must focus wildland fire suppression and management activities around homes and communities, rather than in backcountry forests.

But the current leadership in Congress appears more interested in trying to find some kind of cover for allowing for increased logging. The recently passed bill—deceptively named the Resilient Federal Forests Act of 2017, and which was sponsored by one of the biggest recipients of logging-industry campaign contributions in Congress, Bruce Westerman, an Arkansas Republican—would divert more resources away from protecting communities in order to give a windfall to logging corporations.

If the Senate passes this bill and it becomes law, the legislation would eliminate most logging regulations in national forests, and severely curtail public participation in federal forest management decisions, allowing clearcuts thousands of acres in size. What’s more, the bill would prohibit federal judges from issuing temporary restraining orders or preliminary injunctions against illegal logging projects on our public lands, which means giant logging projects would be completed before any judge could enforce existing laws. 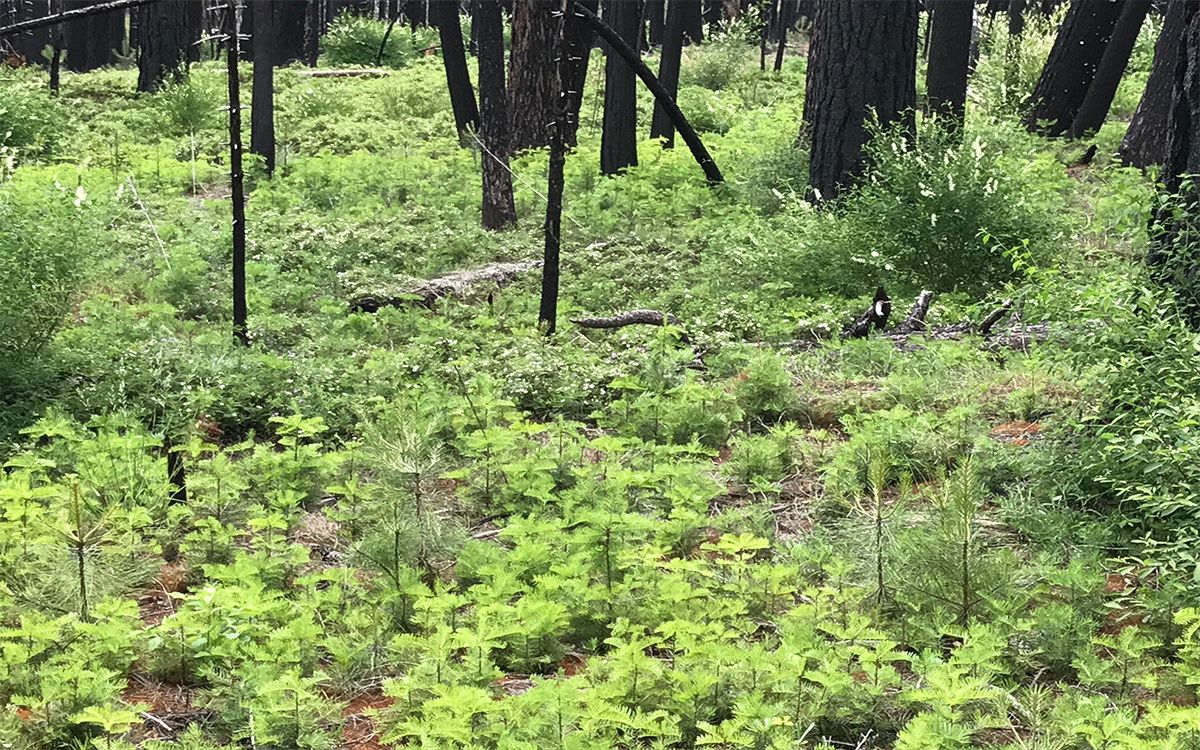 Unfortunately, Senate passage could happen. Senator John Barrasso (R-WY) has introduced S. 2068, the so-called Wildfire Prevention and Mitigation Act. Similar to HR 2936, this bill would exempt massive logging projects from environmental laws and public participation on our national forests, and would prevent federal judges from being able to enforce environmental laws. Barrasso issued a statement misleadingly claiming that this massive rollback of environmental protections was needed to “remove excess brush” from federal forests.

Environmental leaders in Congress, including Representative Raúl Grijalva (D-AZ) who is the Ranking Member on the House Natural Resources Committee, are calling HR 2936 a shameful “giveaway” to the logging industry. “The Americans across the West whose homes burned to the ground this year aren’t interested in whether Congress can make timber companies a few extra bucks,” Grijalva said.

These logging bills represent both an attack on our public lands and an assault on science. Both pieces of legislation are predicated on a political tale known as the “catastrophic wildfire” narrative, which is a classic example of the politics of fear. The basic premise of this narrative is that wildland fires are “destroying” our forests—and that more intensive and widespread logging will “save” them. But the notion that fire “destroys” forests has been refuted by hundreds of scientists and peer-reviewed scientific studies. The current science tells us, for instance, that even in the same forest types, the forests with the fewest environmental protections and the most logging burn more intensely, not less.

There is now a broad consensus among forest scientists that we have considerably less fire in our forests today compared to the natural levels that occurred prior to fire-suppression policies. And, though it may seem counterintuitive, hundreds of scientific studies have concluded that, in the patches where forest fires burn more intensely and kill most of the trees, the resultant “snag forest habitat” is actually some of the best and most important wildlife habitat in the western U.S.—comparable to old-growth forest in terms of native biodiversity and wildlife abundance.

We also need our public forests to help mitigate climate change, since protected forests absorb huge amounts of carbon dioxide from the atmosphere and store it in growing trees and shrubs. In fact, if we protected our national forests from logging, it would be like taking 13 to 24 million cars off the road.

But the Trump administration and its allies in Congress don’t really care about science. They live in a world of “alternative facts” in which clearcuts the size of cities are promoted as fire management, ecological restoration, and climate-resilience measures. Their proposed solution to the risks of wildfire is to destroy the forest in order to save it.