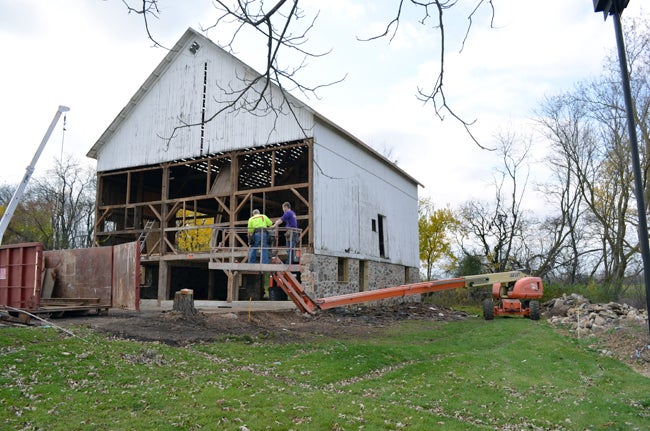 When a land trust in Grayslake, Illinois, made a strategic decision in 2005 to include farmland in its list of property types to preserve, it joined scores of traditional “woods and waters” trusts across the U.S. which are increasingly preserving agricultural lands and building local food systems.

While it made sense strategically, since much of the county’s remaining forested and open land has already been conserved, it was also right on mission for Conserve Lake County (CLC). As they got into it, the CLC leadership realized that they didn’t want to convert purchased farms to natural uses, though, but rather to keep them in farming.

Yet the conventional corn and soybean farming practiced widely in the region was not on-mission, given the known impacts of those practices. “That sent us searching for a different kind of farming more in keeping with our mission of improving land and water health,” explained Steve Barg, CLC’s executive director. Because their preserved agricultural lands are farmed more sustainably, they were then pulled into the nascent food system conversation in the county and are now leading efforts to develop its local food economy. 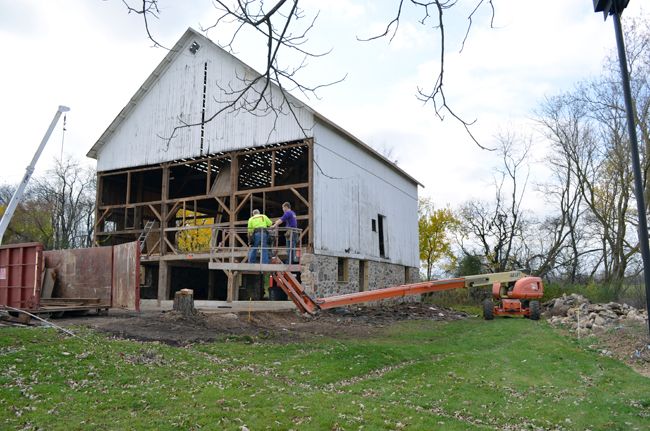 While land trusts that specialize in farmland, like American Farmland Trust, have been around a long time, this trend of conventional land trusts wading into food systems work is much newer, and it’s growing. Statistics shared by the Land Trust Alliance (LTA), found that of 912 member trusts surveyed in 2010, 22 percent reported that farm and ranch preservation was “very important,” and 39 percent said it was “extremely important.” Well over half of the LTA members, then, are strongly invested in this work (for more stats, see American Farmland Trust’s 2012 survey of land trusts that specifically work to preserve farms and ranches).

When asked about the interest, Rob Aldrich, director of communications for the LTA, said he’s been watching it trend steadily upward since the early 2000s, and sees land trusts getting involved all along the spectrum of activities within the new food movement. One of his favorite examples is Massachusetts Audubon, “… a land conservation organization dedicated to saving bird habitat, which is now doing community gardening in some of their sanctuaries. Why? Because that’s what their communities need, and they want to use their resources to address community needs that also blend with their mission.” 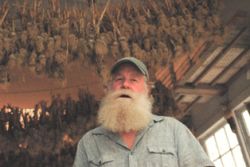 And Mass Audubon isn’t alone: the biggest and oldest land trust in the state, The Trustees of Reservations, employs an Agriculture Program Director to manage its ag-strategy and farm-holdings. The LTA’s Aldrich plans a special feature on the whole topic of land trusts in the food system for the summer issue of his organization’s member magazine, Saving Land.

Back in Illinois, the most visible example of CLC’s efforts, beside Prairie Crossing (a 669-acre Chicago subdivision that devotes 100 acres to food production: see “Farming the ‘burbs”) and the fact that around 25 percent of its portfolio is now agricultural land, is the nascent Casey Farm Center for Land Health, a 34-acre farm CLC also now owns. It will use part of the farmhouse for educational purposes and lease the rest to a young couple for raising chickens and produce. A renovation of the 140 year-old dairy barn to make it friendly for food processing is just being finished.

In a similar vein on the East End of Long Island, NY, Peconic Land Trust (PLT) has been in the local food game since 1990 when it was gifted land perfect for a CSA—Community Supported Agriculture. One of the oldest CSAs in the country (and also having the distinction of employing Scott Chaskey as its official “Farmer/Poet”—it really says that on his business card, and his poems are great), PLT’s President John Halsey said that their decision to keep the land in farming hinged on stewardship. “What better way to steward farmland than by operating a farm that engages the community?”

Beside the venerable CSA, called Quail Hill Farm, ninety acres of this land is part of PLT’s new Farms for the Future initiative, an incubator for new growers who can lease the land to “… get their feet on the ground before finding more permanent locations to farm out here.” At the end of their lease, PLT plans to aid the farmers in finding land elsewhere that they can acquire themselves, which is key in Hamptons zip codes. 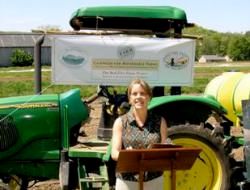 But that question of whether farmers like them can actually find land, conserved or otherwise, that they can finance remains a big question. Mount Grace Land Conservation Trust in western Massachusetts is one organization that’s working to make conserved farmland affordable to new and old entrants alike with an increasingly popular model.

In addition to more traditional practices (it’s conserved two dozen farms over the past 25+ years), Mount Grace recently launched a new effort that protects the land by way of a community land trust (CLT) structure. This model is one of shared ownership, where the land trust buys the land and provides a 99-year inheritable lease to the farmer, who owns the house and buildings and in turn grants the trust a permanent Affordability Restriction, ensuring that when the buildings are sold to the next farmer (and it must be to a farmer), the price tag will be affordable.

Their Campaign for Affordable Farms is just shy of the fundraising goal for its first project: buying the 100+ acres of Red Fire Farm in Montague, whose current owners will remain on the land and operate their successful 1,400-member/year-round CSA, while shedding unsustainable debt.

All of Mount Grace’s potential farm conservation projects are assessed for their full farm affordability potential, reports Executive Director Leigh Youngblood. She’s a booster of the CLT system both for its economic sense, since a regular conservation easement simply does not guaranteed affordability, but also for the good it does in the community, she says (and speaking of, the National Young Farmers Coalition just surveyed 225 land trusts across the U.S. to find out what they’re doing on the affordability question, from CLTs to language enhancements in traditional conservation easements favorable to agriculture, and plans to publish the results soon). 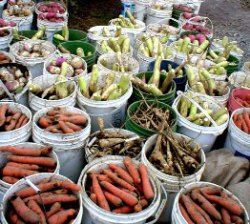 So although a CLT is a departure from traditional land trust work and comes with organizational capacity questions, Youngblood declared, “We love it, Red Fire is a strong partner, and we were ready for the challenge.” And beside the great mission-match that the campaign yields, there were also direct benefits to Mount Grace in 2012, she reports: “We got 100 new donors at the end of the year. That’s the biggest increase in one month we’ve ever had.”

Which should be music to many land trusts’ ears. CLTs are also likely to have been discussed by a new short course just offered by Bard College (NY) aimed at land conservation professionals, Private Land Conservation: A Primer, and The Role of Agriculture. This offering at a college is yet another sign that this trend is getting big.

When asked to share advice with land trusts that are interested in getting into the farmland preservation game, here’s what my sources suggested:

That’s all good advice, and one hopes that the estimated 1,660+ land trusts across all 50 U.S. states will follow the lead of the 558 Land Trust Alliance member trusts that report being invested in this work. The country needs to greatly increase the number of farmers and the diversity of its farms if it hopes to feed itself well into the future. The good news is that its reliable fleet of land trusts is well-positioned to help by creating many new local food solutions.