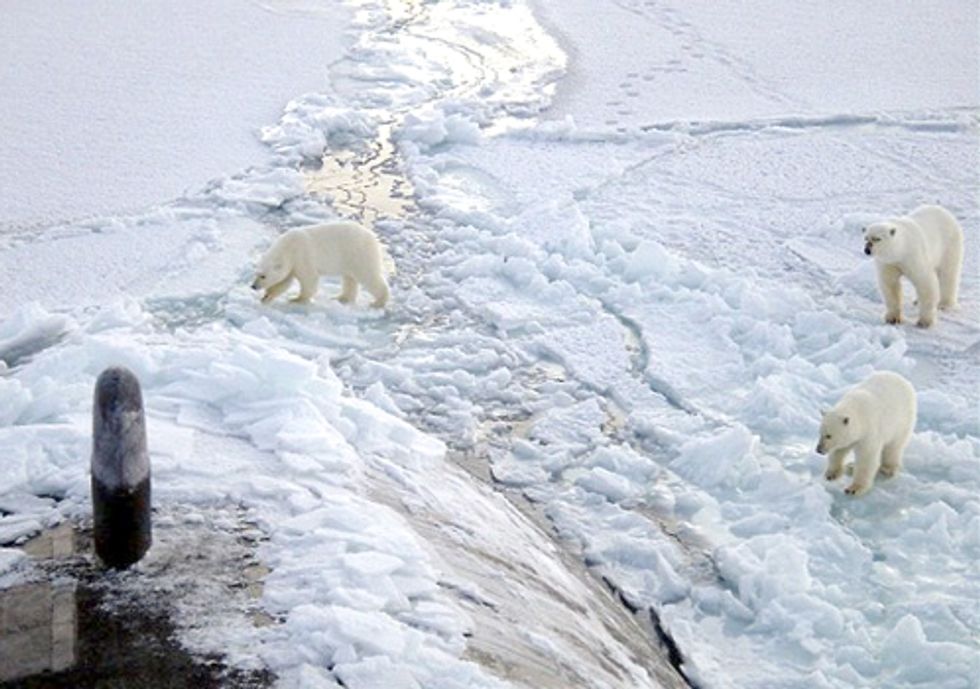 “Offshore fields—especially in the Arctic—are without any exaggeration our strategic reserve for the 21st century,” Putin told a meeting attended by the heads of Rosneft and Gazprom.

Putin then proposed a package of lucrative tax breaks to encourage Arctic investment.

Putin’s move is just the latest political gesture in the race to exploit Arctic oil. It comes as a new report published last week says the region is likely to attract $100 billion investments in the coming decade.

What is interesting is that this report was written by the insurers Lloyds of London, the world’s largest insurer, as well as the British think tank, Chatham House.

And the report warns that this investment could ruin the fragile Arctic ecosystem.

Richard Ward, Lloyd’s chief executive, urged companies not to “rush in [but instead to] step back and think carefully about the consequences” of drilling in the Arctic.

And one of those consequences could be a devastating oil spill. The report singles out a potential oil spill as the “greatest risk in terms of environmental damage, potential cost and insurance."  The insurers believe cleaning up oil spills, particularly in ice-covered areas, would present “multiple obstacles, which together constitute a unique and hard-to-manage risk."

That is a risk that many people believe is too great a price to pay.

The report also warns that there are other ways the Arctic will be affected. “Migration patterns of caribou and whales in offshore areas may be affected. Other than the direct release of pollutants into the Arctic environment, there are multiple ways in which ecosystems could be disturbed, such as the construction of pipelines and roads, noise pollution from offshore drilling, seismic survey activity or additional maritime traffic as well as through the break-up of sea ice.”

Lloyd’s says it is essential that there is more investment in science and research to “close knowledge gaps, reduce uncertainties and manage risks."

It has urged companies to “think carefully about the consequences of action” before exploring for oil in the region.

It is not just companies, but also governments. And that should include the Russians who are busy drawing up these favourable tax concessions so they can exploit their “strategic resource” as quickly as possible.