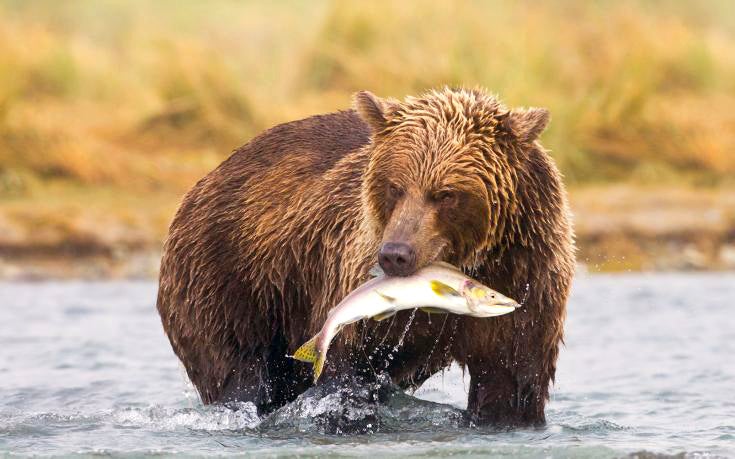 Your summer vacation might not include a trip to South Africa or Alaska, but that doesn’t mean you can’t check out the wildlife there. Last year, we covered the summer’s five best wildlife cams and we’re doing the same thing this season. Here are five cams where you can watch animals swim, fly, feed and more. Enjoy the critters from anywhere in the world, including your office desk. 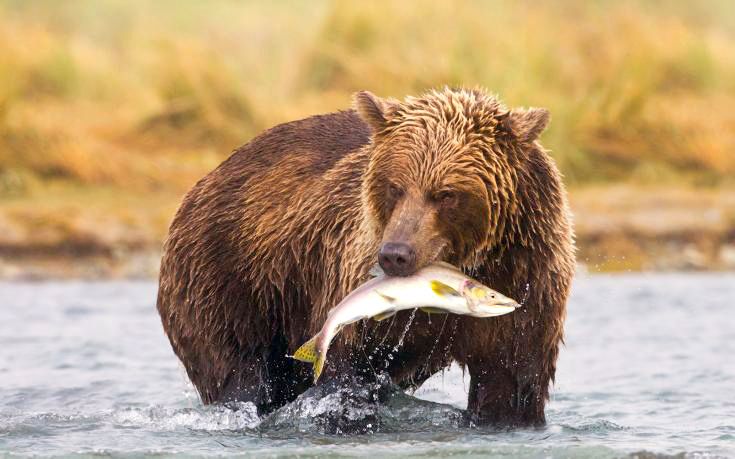 Weighing in at up to 1,500 pounds, the huge bears can be seen playing, relaxing and catching a bite at the Katmai National Park in Alaska. As salmon make their runs up Brook Falls they are met by brown bears laying in wait for their next meal. This cam runs 24/7 and a remote operator swivels the view as the action moves around the river.

Catch the Africam’s livestream during the day and you’re likely to spot a herd of African elephants at Tembe Elephant Park. More than 200 of the world’s largest land animals roam the South African reserve. Here elephants are protected from poachers, who kill the animals for their ivory tusks. Along with the elephants, you can spy 340 different species of birds that live in Tembe.

Once hunted almost to the point of extinction, puffins have made a comeback with the help of the Audubon’s Project Puffin. Now more than a thousand of the birds live on the rocky shoreline, spotting the scene with their bright orange feet and beaks. You can check out the birds playing on the rocks or in their burrow.

The Monterey Bay Aquarium’s Open Sea exhibit is viewable worldwide through a high-resolution livestream. One of the aquarium’s most impressive offerings, Open Sea contains wildlife ranging from stingrays to jellyfish swimming around a million-gallon tank. The cam captures the exhibit’s 90-foot viewing window, where hammerhead sharks, giant Pacific bluefin tuna, schools of anchovies and more all swim by.

Known for their playfulness and intelligence, sea otters are the cutest animals on our list. In the wild sea otters are found along the rocky Pacific coastline, where they keep kelp forest equilibrium in check by eating huge quantities of shellfish. The sea otters visible through this cam are in the Seattle Aquarium, which has five rescued otters, including a three-generation family of a grandmother, mother and daughter. The aquarium’s livestream shows the otters swimming and preening their dense, water repellent fur.

This article was reposted with permission from our media associate SIERRA Magazine.