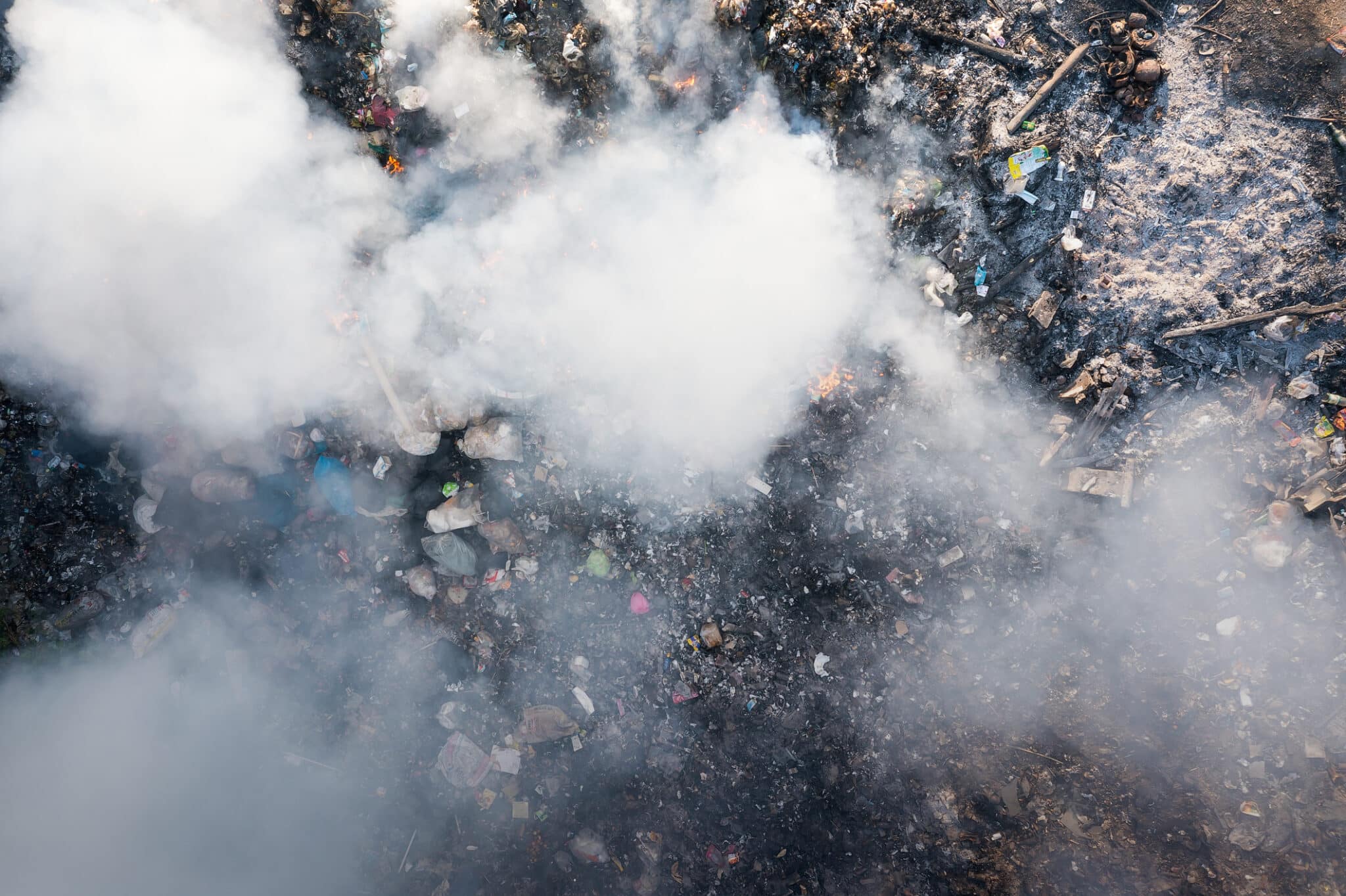 If you throw away used electronic devices, make sure there are no lithium-ion batteries hiding within them.

A new report from electronics-recycling advocacy group Material Focus found that batteries tossed out with these devices cause more than 700 fires in waste disposal trucks and recycling centers throughout the UK. This is especially urgent in the wake of last week’s Black Friday, which started off the Christmas shopping season.

“Following the surge in consumer spending on electricals during Black Friday, the findings of the research indicate that there are three and half times more fires caused by batteries in the waste stream than previously reported, highlighting the significance of the issue,” Material Focus wrote in a press release announcing the results Thursday.

Lithium-ion batteries are used to power a range of small electronic devices from toothbrushes to toys. Consumers often dispose of these “hidden batteries” with the items because they are not even aware they are there.

“That causes a real problem, because they have a tendency – when damaged – to explode or ignite,” Ben Johnson of the Environmental Services Association (ESA), told BBC News. “And when you put them in general rubbish or recycling, they’re likely to be crushed, compacted, smashed or they might get wet. That can cause them to short-circuit. And of course they’re then in the presence of other flammable material like plastic, paper and card and that can lead to quite big fires.”

The ESA, together with Eunomia, published research in 2021 finding that these batteries were responsible for 201 fires once discarded, according to Material Focus. However, when Materials Focus asked 60 local governments about battery fires in their waste disposal programs, they found the number was even higher at more than 700. What’s more, almost 90 percent of the local authorities surveyed said battery fires were a growing problem.

Mickey, a waste truck driver for Buckinghamshire Council, had experienced one of these fires firsthand.

“In the space of a couple of minutes, it went from a bit of smoke to two-foot flames leaping out of the waste truck,” he said in the press release. “On this occasion we were lucky, we could get to a safe place, which meant no one was hurt. We were also able to, with the support of the fire services, put the fire out.  However, these types of fires, if we were on a residential street, could cause untold damage.”

All told, these batteries are responsible for nearly half of UK waste fires each year and cost waste facilities, firefighters and the environment around £158 million annually.

To address this problem, Material Focus is launching a “Stop Battery Fires Campaign” to encourage people–45 percent of whom are currently unaware of the risk–to properly dispose of the batteries in small electronics.

The group also provides an online tool to help people find the closest place to recycle their electronics properly.

This advice holds true in the U.S. as well, where lithium metal or lithium-ion batteries likely caused at least 245 fires across 64 waste facilities and 28 states between 2013 and 2020, according to a 2021 report from the Environmental Protection Agency (EPA).

“Lithium-ion batteries and devices containing these batteries should NOT go in household garbage or recycling bins,” the EPA advises.

Instead, they should be placed in plastic bags and taken to a recycling location or hazardous waste disposal site, both of which can be found via Earth911.

Pennsylvania Becomes Eighth State to Set PFAS Drinking Water Limits
As awareness grows of the spread and health impacts of
By Olivia Rosane
Exposed: The Most Polluted Place in the United States
A new book investigates the toxic legacy of Hanford, the
By The Revelator
Space Waste 101: Everything You Need to Know
Space waste is a problem that goes by many names,
By Paige Bennett