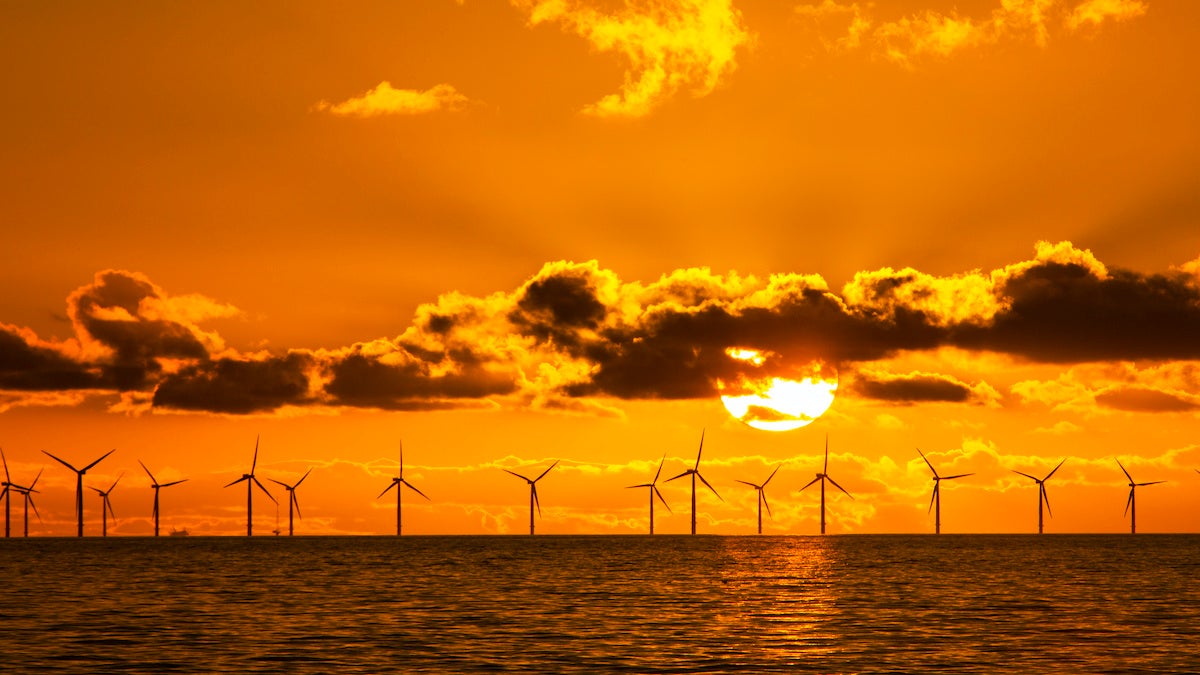 A new battery will help the UK store power generated by the Walney offshore wind farm, the world's largest of its kind. Ashley Cooper / The Image Bank / Getty Images

Construction is starting on what will be the world’s largest liquid air battery, The Guardian reported Thursday.

The project, known as the CryoBattery, will also be the first commercial battery of its kind. It will be housed near Manchester in the UK and help the country store renewable energy. When it is completed, it will store 250 megawatt hours of energy, almost double what the world’s largest chemical battery, the Tesla battery in South Australia, can store.

“This revolutionary new Cryobattery facility will form a key part of our push towards net zero, bringing greater flexibility to Britain’s electricity grid and creating green collar jobs in Greater Manchester,” UK Energy and Clean Growth Minister Kwasi Kwarteng said in a government press release. “Projects like these will help us realise the full value of our world-class renewables, ensuring homes and businesses can still be powered by green energy, even when the sun is not shining and the wind not blowing.”

The government explained how the battery will accomplish this:

“Air is everywhere in the world. The main competitor is really not other storage technologies but fossil fuels, as people still want to continue building gas and coal-fired plants today, strangely enough,” he said.

For his part, Carlton Power chief executive Keith Clarke told Current his company looked at several energy storage solutions and settled on Highview’s “because it is scalable, clean, can deliver the grid services we need, and can be deployed now.”

The UK gets a third of its electricity from renewable energy and is home to the world’s largest offshore wind farm, the government said. Storing that energy when it is not needed can help the UK meet its goal of going carbon neutral by 2050.