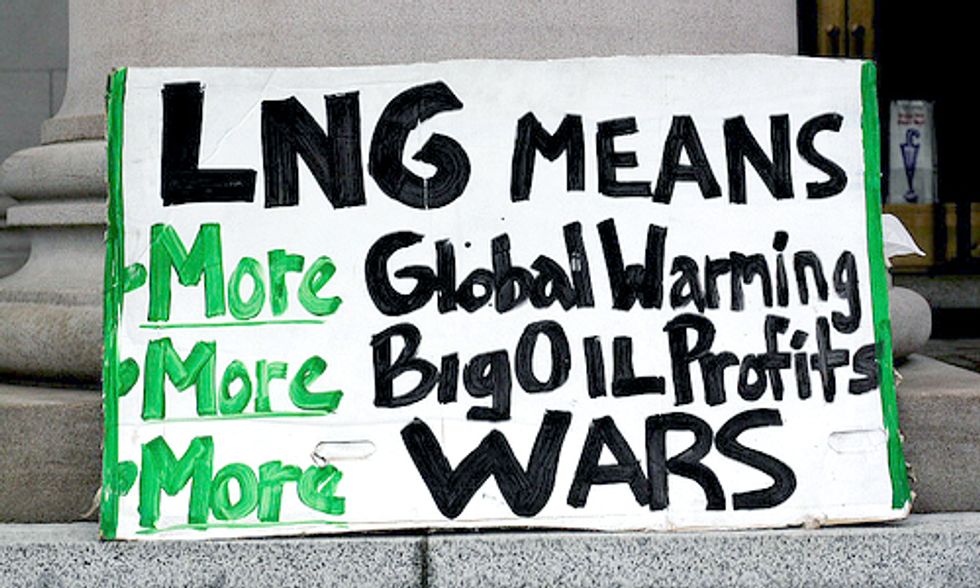 The U.S. Coast Guard cited more than 100 new “data gaps” which needed to be addressed before the proposal could continue. The coalition is continuing to call on Gov. Christie and Gov. Cuomo to exercise their legal right to veto this proposal. Photo credit: Robert F. W. Whitlock/ Flickr

The decision came three days after a letter requesting the stoppage was sent on behalf of a coalition of organizations which includes fishermen, coastal business owners, and environmental, civic, community and religious groups opposed to the project. The Clean Ocean Action-led coalition declared a short-term victory today with the announcement.

“After three similar requests by this coalition—which represents the voices of over 130 organizations from around the region—the U.S. Coast Guard finally made the right decision,” said Andrew Provence, of Litwin & Provence, LLC., who sent the most recent request on Oct. 18.

The announcement was made in a letter to Liberty Natural Gas dated Oct. 21, which was posted yesterday on the project’s federal docket. In the letter, the U.S. Coast Guard—the agency in charge of reviewing Liberty LNG’s application at this stage—cited more than 100 new “data gaps” which needed to be addressed before review of the Port proposal could continue. These 100 new items, which nearly doubled an already-unaddressed list of 150 other unique data gaps, ranged from calls for more information on water, air, sediment and historic resources impacts this port would have to study on how Superstorm Sandy would have affected the port.

The Coast Guard also called for information on how LNG port emergencies could affect shipping into and out of the Port of New York, and how this LNG facility stacks up when compared to the offshore wind farm proposed in New York (which could be entirely displaced by Port Ambrose, according to the federal agency in charge of permitting offshore wind).

Under the federal Deepwater Port Act, applications for LNG facilities in the ocean (like Port Ambrose) must be processed, from application submission to final agency approval, within 356 calendar days. All public input, environmental review and economic analyses of proposals happen within that timeframe in a 240-day “clock.” This decision to “stop the clock” for Port Ambrose review was made after more than half of the public’s review timeframe had already elapsed.

“Liberty LNG had already been scolded by the Coast Guard for submitting an application riddled with data deficiencies and information gaps,” noted Sean Dixon, coastal policy attorney for Clean Ocean Action. “Once the public and other federal agencies had a chance to review Liberty LNG’s proposal, even more holes and unverifiable claims were exposed.”

“The Coast Guard did the right thing when it 'stopped the clock' on Port Ambrose,” said Bruce Ferguson of Catskill Citizens for Safe Energy. “In announcing the delay, the Coast Guard made it clear that the delay is largely the fault of the project’s sponsor, which has failed to provide the government, or the public, with critical information needed to evaluate the project.”

“This is good news for the ocean,” said Cindy Zipf, of Clean Ocean Action. “Liberty Natural Gas will have to provide more information to government regulators and the public regarding the true impacts of its ill-conceived proposal.”

The coalition is continuing to call on Gov. Christie (R-NJ) and Gov. Cuomo (D-NY) to exercise their legal right to veto this proposal. Such a veto, under the law, can be transmitted to the Coast Guard and the Maritime Administration (the other agency in charge of reviewing Liberty LNG’s application) at any time.