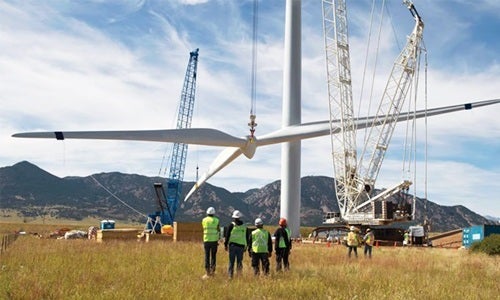 Some of the ingredients for catalyzing clean energy investments in Asia, Africa and other emerging markets have their own unique nomenclature—“blend 2.0,” “de-risking” and “national investment catalogues.” Yet there is a more straightforward recipe: A mix of national clean energy policies with the needs of institutional investors looking for opportunities that are safe and relatively profitable. 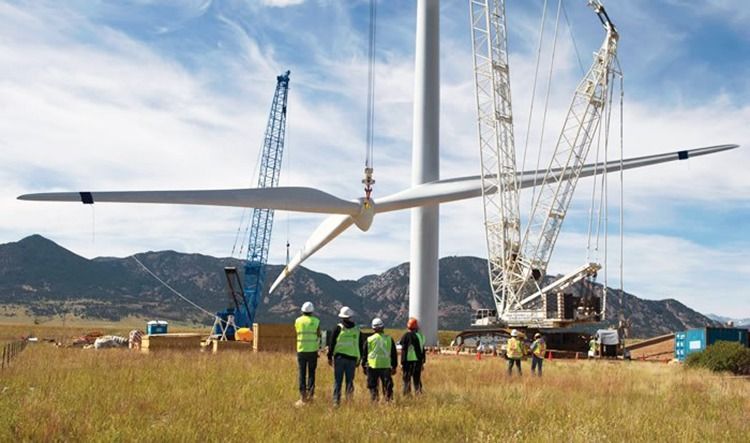 To date, creating this relatively simple blend has been largely elusive. While clean energy investments in developing countries are growing at a rapid clip, it has been done with minimal help from pension funds, insurers and other institutional investors who manage enormous amounts of capital—tens of trillions of dollars among U.S. institutional investors alone.

But the momentum could be changing as clean energy environments are ripening worldwide.

On the heels of another year of record high temperatures and a historic global climate agreement in Paris, investors are opening their eyes to the urgency of shifting significantly more capital to clean energy in developed and developing countries. Developing countries, whether in Asia, Africa or Latin America, are especially in need of capital because their economies, populations and overall carbon footprints are growing far more quickly compared to Europe, the U.S. and other industrialized countries.

Barring major changes, energy-related pollution in developing countries will be more than double that from developed countries by 2040, according to the U.S. Energy Information Administration. The fact that these countries are also working feverishly to provide electricity to the more than one billion people who have no access to power today further exacerbates the challenge.

“If you don’t have access to energy, you’re not going to see economic growth,” said Rachel Kyte, CEO of Sustainable Energy for All, speaking to 500 global investors at the Investor Summit on Climate Risk: Advancing the Clean Trillion, last month at the United Nations. “This has to be a just energy transition where everyone can imagine they will prosper.”

At the Investor Summit on Climate Risk at the United Nations headquarters this week, investors .. https://t.co/amZpMHmwpk #Disrupt

For institutional investors, the opportunities are especially enormous after the recent climate accord in Paris, which aims to limit average global temperature rise to well below 2 degrees Celsius. The linchpin of the agreement is the carbon reducing commitments of 187 countries and their pledge to ratchet up those efforts in the years ahead.

But which of these countries have the necessary policy frameworks in place that will induce institutional investors to open their wallets? Is India truly ready to attract the sizeable investment flows it will need to become a solar super power by 2022? To what extent are Sub-Sahara African countries open for business to ever-cheaper wind and solar power over costly, high-polluting diesel generators?

Investors and other speakers at last month’s summit, organized by Ceres and the United Nations Foundation, did not mince their words in answering these questions.

“In India, the costs of financing are at least twice as high as they are in the U.S. That means the power is twice as expensive in the places that can least afford it,” Dr. Ion Yadigaroglu, partner and managing principal at the Capricorn Investment Group, said.

Still, India is working hard to open its doors. Uday Khemka, vice chairman of the SUN Group, outlined government efforts to “de-bottleneck” investment barriers, citing transparent bidding processes for projects, the use of partial credit guarantees and opening up large swaths of land for “plug-and-play solar parks.” Plummeting solar and wind power costs are helping enormously, too, he said.

While India’s changes are encouraging, its neighbor, China, “is the rock star of clean energy investment,” concluded Bloomberg New Energy Finance (BNEF) founder Michael Liebreich. China was the dominant leader of BNEF’s latest annual tally of global clean energy investments, accounting for $110 billion of a record $329 billion in global investments in 2015. The reasons are multifold, including clear, long-term government policies, a relatively stable liquid currency and a wealth of government-controlled sovereign funds to finance projects.

#FossilFuels Are A Terrible Investment, And They're Only Going To Get Worse https://t.co/nu9jeua5WD #InvestorSummit pic.twitter.com/pLaEBCWvlz

Yet, according to Dr. Guo Peiyuan, co-founder and general manager of SynTao Co., there are big opportunities for institutional investors, especially in green bonds. Dr. Guo said China’s newly formed Green Finance Committee will require 2 to 4 trillion yuan of green financing every year ($325 billion to $625 billion), with only 15 percent being covered by the government, the rest by institutional investors. Green bonds will surely be a big part of this gargantuan effort. China’s carbon emissions trading system, which is set to go nationwide in 2017, is another opportunity.

While China and India get most of the attention, investors should also be paying attention to smaller emerging markets.

Kyte praised Chile, South Africa and Morocco for putting the necessary policy frameworks in place to catalyze projects and attract capital. Each of these saw healthy double-digit jumps in clean energy investments last year, compared to 2014.

Island nations in the Caribbean are moving aggressively to attract investors for solar grids, geothermal and other clean energy projects. A few months ago, St. Kitts and Nevis signed a power purchase agreement to develop 10 megawatts of geothermal energy as an alternative to relying on costly, high-polluting diesel fuel. A second phase of the project will boost the facility’s output to 150 megawatts. Other Caribbean islands are building solar grids for the same reason.

The 1,200 islands that make up the Maldives in the Indian Ocean are also putting strong renewable energy programs in place. Among those taking advantage is the Danish pension fund, Pension Danmark, which has invested $25 million in a project that will use solar power to turn salt water into freshwater.

“It’s a small investment, but it’s very scalable (for islands),” Pension Danmark Director Jens-Christian Stougaard said, which is also investing in a 300-megawatt wind farm in Kenya through the Danish Climate Investment Fund, which is focused entirely on climate investing in developing economies.

No doubt, there is a special sauce to tapping clean energy opportunities in emerging markets. In its simplest form, countries and institutional investors must be willing to work together.

“Having that local engagement, that local connection, is pivotal to have success,” Stougaard said. “When we invest together with government entities, we have much better protection of regulatory and political risks.”