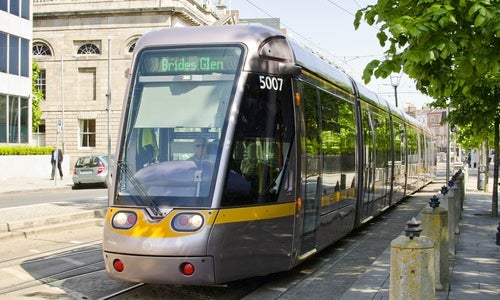 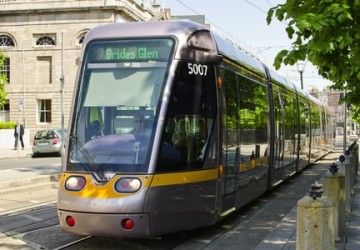 The event featured more than 250 attendees, ranging from corporate executives and civic leaders to elected officials and planning experts. There was lots of press coverage leading up to the event and this great article that followed: Road Worrier: New urban workers want rail transit.

But in the wake of WakeUP’s summit, the critics of the proposed light rail network connecting communities in the Triangle have started to have their say. Outside “experts” brought in by local transit opponents contend that while the roads are congested, Raleigh is just not crowded enough to warrant train travel.

Even more ridiculous, the local newspaper opined that the trend toward denser development and more compact communities means there may be less need to enhance the transportation system with rail or roads.

Let’s untangle those two points, shall we? First, when it comes to population density the numbers don’t lie. Raleigh is one of the fastest growing metropolitan areas not just in North Carolina but in the nation. Add the other sides of the Triangle—Chapel Hill and Durham—and it’s easy to see why such a populated region suffers from heavy traffic.

Already, the voters of Durham and Orange (where Chapel Hill is) have passed ballot measures to raise taxes a modest amount to pay for expanding bus service and building a regional light rail system. But a couple of conservative Wake County commissioners are blocking a similar ballot measure from going up for a vote. (Why? Because they’re afraid voters will pass it, of course!) Until or unless Raleigh gets on board, the light rail system can’t happen because Wake County is the missing piece of the puzzle.

As for denser development somehow negating the need for transit, you really can’t have one without the other. The point of walkable communities is to enable people to get around without having to drive everywhere. A light rail system would allow people living in such communities to be conveniently connected by rail, thereby lessening their reliance on roads to travel around the region. Moreover, light rail actually spurs that type of development. Folks in Raleigh need to look no further than Charlotte, where the light rail system that opened in 2007 has sparked a building boom of mixed-use development and $1.6 billion in economic impact all along the line.

What the naysayers in Raleigh need to realize is that public transportation is popular. Indeed, more Americans are getting on board with public transportation as the cost to own and operate a vehicle rises and American consumers look for ways to save money. Many also see a range of other benefits, from reducing congestion to improving quality of life. In fact, a new America THINKS survey from infrastructure firm HNTB Corporation found that:

As Raleigh copes with growth, civic leaders and elected officials need to think hard about where they want their city to go and how they’re going to get there. For instance, they could aspire to be like Philadelphia, with its robust transit system, where between 2005 and 2010 highway travel fell by 9.3 percent while regional rail ridership increased by more than 15 percent.

Or they could follow the path of Atlanta, the poster child of poor transportation planning—highlighted recently by the major league baseball franchise’s decision to relocate its stadium far outside the center city. Talk about a monument to failed urban planning. To wit: “The Braves’ new stadium…will be an inaccessible suburban theme park surrounded not by vibrant signs of city life but by sprawl—subdivisons, strip malls and SUV-choked interstates and access routes.”

Having traveled quite frequently to Raleigh, it’s quite clear to me that there’s more than enough sprawl in the region. It’s time to make the vision of transit for the Triangle a reality. An editorial today in the Raleigh News & Observer sums up the reason to get rail rolling in the region:

“What’s needed is leadership with foresight, not hindsight…To argue against much more investment in transit is to demonstrate a reluctance to have faith in the future by investing in it.”