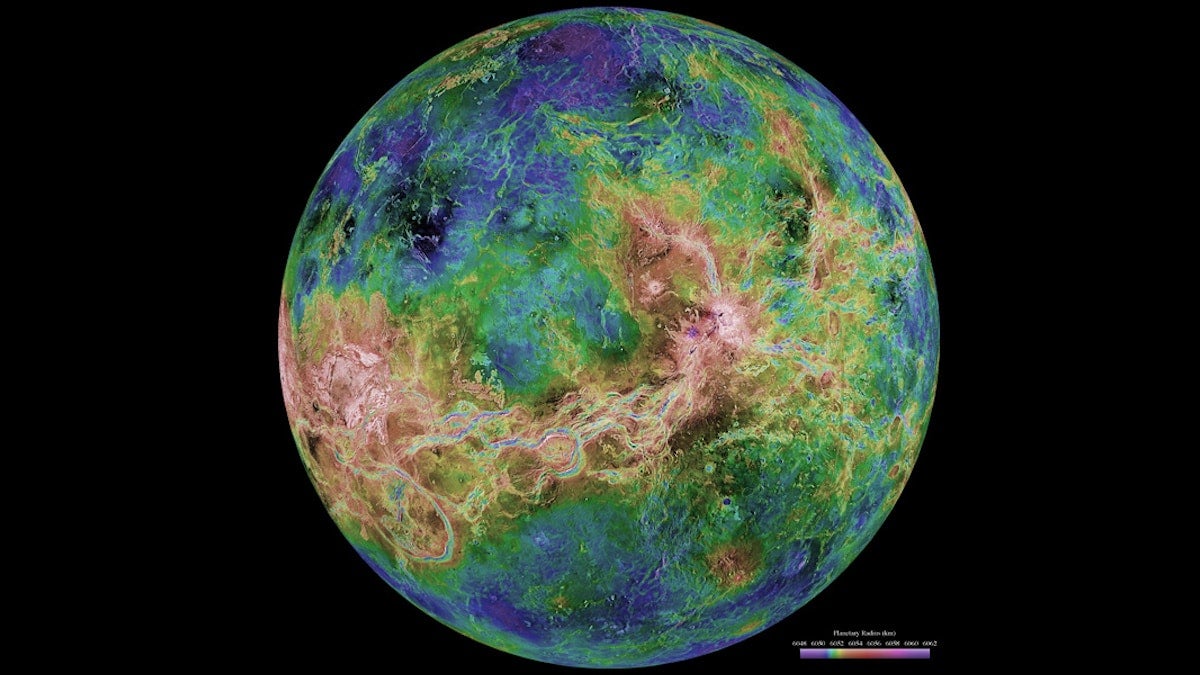 Is there life on Venus?

Earth’s closest neighboring planet is famous for its hostile environment. It is surrounded by heat-trapping clouds of sulfuric acid that create a greenhouse effect, raising temperatures on its surface to 900 degrees Fahrenheit, hot enough to melt lead. These conditions, the National Aeronautics and Space Administration (NASA) has declared, “make it an unlikely place for life as we know it.” Despite this, scientists have detected a gas in its atmosphere that nothing else can readily account for.

“As crazy as it might sound, our most plausible explanation is life,” MIT astrophysicist Clara Sousa-Silva told The Atlantic.

Sousa-Siva and an international team of researchers published a paper in Nature Astronomy Monday announcing that they had discovered a gas called phosphine in Venus’s atmosphere.

Phosphine is a type of gas formed when one phosphorus atom combines with three hydrogen atoms. On Earth, it is created only by human industry or by life living in environments without oxygen, study coauthor Sara Seager of MIT wrote for CNN. It has been detected in swamps and in the bellies and excrement of animals like penguins.

Then, Jane Greaves of Cardiff University in the UK detected the gas in the atmosphere of Venus through the James Clerk Maxwell radio telescope (JCMT) on Mauna Kea in Hawaii.

“When we got the first hints of phosphine in Venus’s spectrum, it was a shock!” Greaves said in a European Southern Observatory (ESO) press release.

So the team confirmed the findings with the more sensitive Atacama Large Millimeter/submillimeter Array (ALMA) in Chile.

“The finding is so astonishing because phosphine should not be present in Venus’ atmosphere,” Seager wrote for CNN. “Phosphine needs lots of hydrogen and the right temperatures and pressures to form — conditions found on Jupiter and Saturn but not at all on Venus.”

The researchers ran models to see what non-biological processes on Venus might create phosphine at the levels observed by astronomers — about five to 20 parts per billion, according to The New York Times. Nothing, from volcanic activity to lightning, could produce enough of the gas to match what they had observed. But terrestrial organisms would only have to produce phosphine at 10 percent of their capacity to make the right amount, the press release explained.

“What we’ve done is rule out all other sources of phosphine other than life,” coauthor Dr. William Bains of MIT told The New York Times.

This is not the first time scientists have speculated about life in the clouds above venus. The temperatures there can reach a livable 86 degrees Fahrenheit, and Carl Sagan and Harold Morowitz hypothesized 53 years ago that it was an environment where life could find a way. But in recent years the search for life off Earth has focused on Mars or ice-covered moons like Europa.

The discovery of phosphine does not mean definitively that something is alive above Venus right now. Seager wrote it could also be caused by “some completely unknown chemistry.”

However, it does suggest that scientists should turn their attention back towards Venus in the search for extraterrestrial life.

“The discovery of phosphine, a byproduct of anaerobic biology, is the most significant development yet in building the case for life off Earth,” NASA Administrator Jim Bridenstine tweeted in response to the news. “About 10 years ago NASA discovered microbial life at 120,000ft in Earth’s upper atmosphere. It’s time to prioritize Venus.”