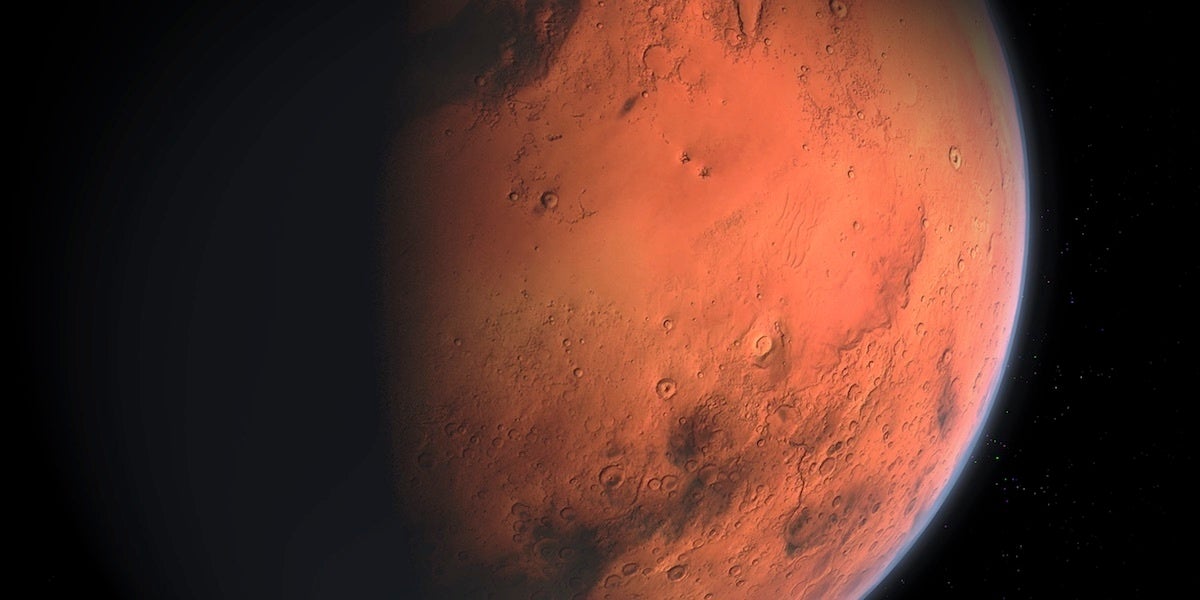 Scientists have found evidence that liquid
water exists on Mars, raising questions about the possibility of life on our neighboring planet.

The discovery, announced Wednesday, was made using the MARSIS radar instrument onboard the European Space Agency’s (ESA)
Mars Express spacecraft.

The researchers found a 12-mile-wide body of water buried under layers of ice and dust on the planet’s southern pole region, the space agency said.

The scientists spent at least two years examining their data to make sure it was liquid water, not ice or another substance, according to the
Associated Press.

“I really have no other explanation,” Roberto Orosei, principal investigator of the MARSIS experiment, told the AP.

The #Mars Express radar investigation finds a subsurface feature spanning about 20km across under a 1.5km thick layer of ice & dust, interpreted as a buried pond of liquid water, which could be laden with salty, water-saturated sediments… pic.twitter.com/cjTSG9Cv9Q

Orosei, who is also the lead author of the findings published in the journal
Science today, suggested that there may be more hidden pools of water on Mars.

“This is just one small study area; it is an exciting prospect to think there could be more of these underground pockets of water elsewhere, yet to be discovered,” he said in a press release.

Previous findings have showed evidence of Mars’ watery past, due to a vast presence of dried out river channels. NASA confirmed in 2015 that liquid water flows intermittently on present-day Mars. But today’s announcement reveals there is an existing body of liquid.

The finding has fueled speculation that there could be, or was, life on the red planet, as water is essential for life. But as Manish Patel from the Open University told BBC News, “We are not closer to actually detecting life.”

The underground Martian water is likely extremely cold, salty and sediment-rich, making it challenging for life to survive.

However, Patel continued, “What this finding does is give us the location of where to look on Mars. It is like a treasure map—except in this case, there will be lots of ‘X’s marking the spots.”

The researchers are eager to further explore the planet.

“The long duration of Mars Express, and the exhausting effort made by the radar team to overcome many analytical challenges, enabled this much-awaited result, demonstrating that the mission and its payload still have a great science potential,” said Dmitri Titov, ESA’s Mars Express project scientist, in the press release.

“This thrilling discovery is a highlight for planetary science and will contribute to our understanding of the evolution of Mars, the history of water on our neighbor planet and its habitability.”

Elon Musk: We Must Colonize Mars for Humanity to Survive the 'Dark Ages' https://t.co/yWq68u2AFM @Greenpeace @ScienceNewsOrg