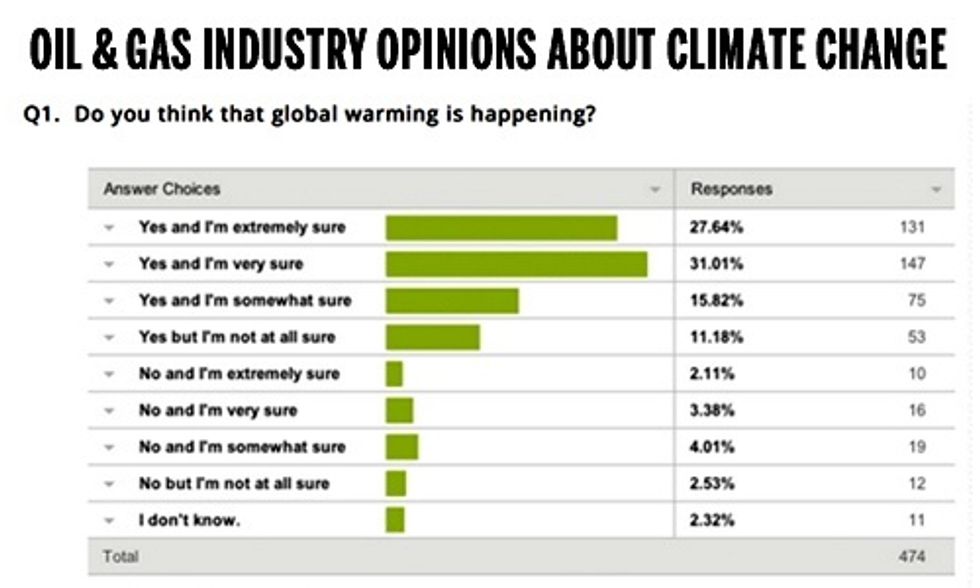 The energy and climate waters, it appears, are finally getting safer for thoughtful conservatives to test and navigate. The complete shut-down of conservative dialogue about climate solutions which followed John McCain’s 2008 defeat (reinforced by the 2010 defeat of South Carolina Republican Bob Inglis over his climate leadership) appears to be softening. Indeed, libertarian and conservative intellectuals who opposed policy action on climate even during the 2000-2008 period when many Republican politicians looked for appropriately conservative climate solutions are now calling for such actions.

One bellwether event is the launch of a new libertarian think-tank, the Niskanen Center, focusing heavily on climate and energy and led by Jerry Taylor, who served for many years as the Cato Institute’s energy maven until he decided to strike out on his own pathway.

Taylor (a friend and colleague) never denied or debated climate science. He did argue against action to curb greenhouse gas emissions. His view was that a) climate change, while real, didn't warrant the kind of action environmentalists were demanding b) if it turned out global warming required big solutions, those solutions would be anathema to conservatives c) those solutions would also be so expensive that they would be easy for conservatives to beat in the political arena.

Taylor has now changed is views. He believes, and is disseminating on the right, a new paradigm a) evidence on the risks of extreme climate change warrants, in purely market terms, much higher prices on GHG emissions as a market measure b) Carbon taxes can be deployed as a solution with an acceptable risk that they become so bloated that they significantly increase the overall size and burden of government c) Public and elite sentiment for action has become so strong that if conservatives do not offer market based solutions, environmentalists will impose regulatory solutions because the politics has changed.

Taylor’s view—climate action is something conservatives should support—aligns him with an earlier libertarian who came around, Jonathan Adler of Case Western. (Adler, as late as 2000, was arguing that the only measures warranted to deal with climate were those which deregulated energy markets. But by 2008 he was searching for conservative solutions. Adler was preceded by Ronald Bailey, who in 2005 concluded that scientifically, the evidence strongly suggested greenhouse gas produced global warming.)

Niskanen Center has also posted a very intriguing poll done this spring of oil and gas industry insiders, showing that 75 percent of the industry believes that global warming is either very or somewhat serious, and 58 percent thought dealing with it should be a major government priority.

Taylor doesn't cite it, but there is an additional major factor which may have caused a lot of people to shift their view on climate policy: in 1997 when Kyoto was passed, low carbon alternatives to fossil fuels were extraordinarily higher in cost. Now the cost difference between coal generated power and wind and solar is much smaller; in many markets renewables are cheaper. (And in the U.S. natural gas is also impacting the economics of coal.) Electric vehicles are, on a lifetime basis, less costly than many conventional gasoline drive trains. And technologies to greatly increase the energy productivity of our economy have advanced by leaps and bounds. Any reasonable guess on the cost of efficiently decarbonizing our economy has dropped dramatically (even as climate science has made clear that the level of carbon cuts needed is much bigger.)

It’s been clear for many years to practitioners on both sides—if not the media—that the conservative clam-up on climate was not about the problem, but the solutions. When Taylor debated me in 1995 at the University of Wisconsin, he was blunt, “If climate warrants significant solutions, they will be global, majoritarian, and governmental—all the things the right hates.” At a Trans-Partisan Forum in Gold Lake Colorado in 2005 a group of very prominent conservative leaders, exposed to an early version of Al Gore’s Inconvenient Truth, summarized their tribal faith as “the planet is robust, economic freedom is weak” and one participant conceded to me, “we are terrified that climate change solutions will feed the big government beast, Leviathan.” But there were still conservative voices with the strength to call for action, just as an insurance policy. Even Mike Huckabee joked in 2008, “if the Lord sends a flood, it’s our job to stack up the sand bags.” When McCain lost, shut. Now it seems to be, cautiously, sliding open again.

Taylor is not alone. The American Enterprise Institute back in 2012 conducted a series of secret dialogues about a carbon tax. When the secret leaked out, the National Journal savaged AEI, mockingly asking, “What are they thinking about?” Now AEI has set up a public set of forums, featuring a Democratic Congressman who has introduced a carbon tax bill. Inglis who has been toiling in the academic vineyards at George Mason University, is getting much more public traction for his work on a carbon tax. Jeb Bush, historically self-categorized as a climate skeptic, recently tentatively suggested that he might be worried about climate change.

This is big stuff—and not just for climate policy. The shut-down of dialogue on energy and climate which occurred after 2008—in my view driven by Koch and fossil fuel money and wedge politics as opposed genuine conservative disbelief in climate science—was part of a larger disfunction in American politics. Instead of arguing about values, priorities and solutions, the right and left drifted into almost theological debates about reality. That’s not what our constitution was intended to accommodate, and our political system for the past five years has signally failed to operate effectively in this atmosphere. And as Taylor points out, neither conservatives nor liberals bring much intellectual heft to the question of precisely how atmospheric concentrations of different heat retaining gasses will influence the weather and climate—the rainfall over the next decade in California will not be influenced by my views—very different than Jerry’s—on the proper balance between community and individualism.

Let’s be clear. Taylor (or Inglis, or AEI) and I don’t agree on the right mix of energy and climate policy. And we probably never will—our values and political (not meteorological) assumptions vary too much. But perhaps we can now have public conversations out of which our differences might narrow—and some really bad ideas might at least be let go of by both sides. Galileo was not entirely right. But as long as the Inquisition intimidated believing Christians from entertaining and debating his ideas, the spots where he was wrong were never uncovered. That’s where we have been on climate. If I am reading the political weather correctly, and dialogue is about to resume, that is an altogether good thing, which will enable me to explain to Jerry Taylor why I think he is dead wrong on many topics—and vice versa.

And by the way—if I am right that one of the forces opening up dialogue is that, really, the cost of low carbon energy vs. fossil fuels is no longer a big deal—it does suggest that conservatives like Jerry were right in saying that as long as climate solutions meant significant sacrifices, democratic societies were unlikely to embrace them. The engineers and entrepreneurs changed that reality—not the atmospheric modellers.

Bernie Sanders to Run for President as a Democrat