Letter to Secretary Clinton Speaks Out Against Keystone XL Pipeline 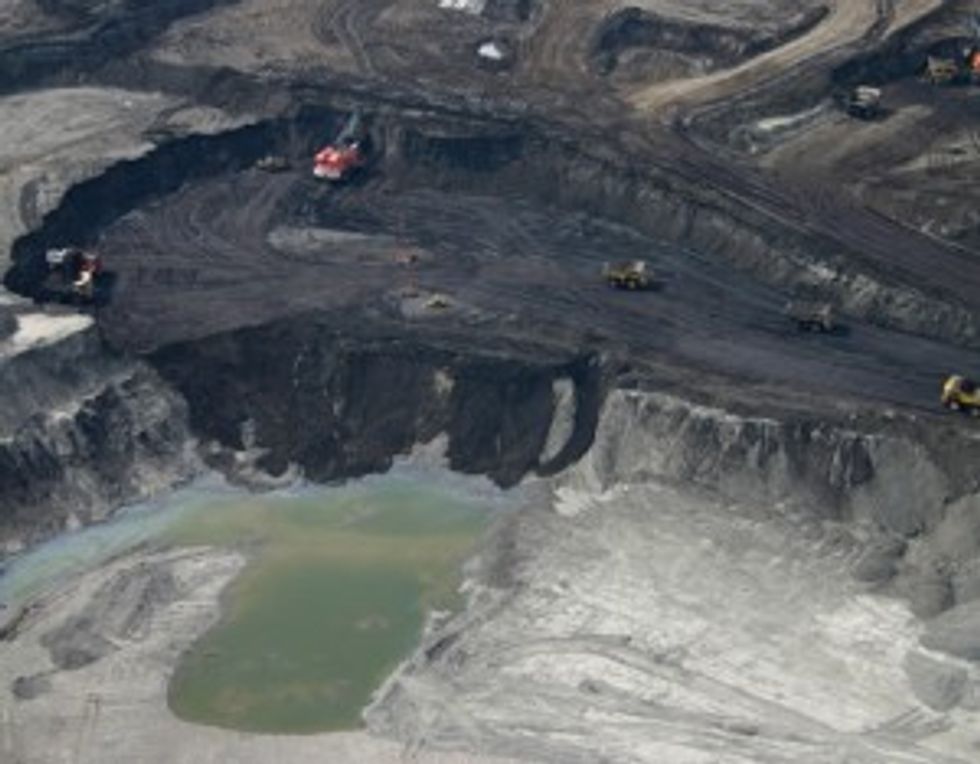 Scott Allegrucci, executive director of The Great Plains Alliance for Clean Energy, speaks out against the proposed TransCanada Keystone XL tar sands pipeline in his public comment to the U.S. Department of State in a letter to Secretary of State Hillary Rodham Clinton.

As the Executive Director of the Great Plains Alliance for Clean Energy (GPACE), I write to you regarding the proposed TransCanada Keystone XL project and the process of administrative assessment related to the National Interest Determination (NID) and Presidential Permit review process for the project.

Briefly, GPACE is a Kansas non-profit organization formed in 2007 to support a clean, secure, prosperous energy economy benefiting Kansas businesses, farms, communities, and all future Kansans. We have coordinated grassroots education and outreach and legislative lobbying with a diverse alliance of partner organizations and communities, including private companies, other non-profit groups, student organizations, and religious congregations around Kansas and the Great Plains region. GPACE has approximately 2,000 active members and a direct, opt-in communications network of over 10,000 citizens.

In addition to our commitment related to current energy policy action, our diverse membership is united by an expectation of ethical conduct in the public interest on the part of our representatives in government, and by a commitment to the well being of future generations of Kansans when enacting policies that will determine their energy and economic realities. If results from multiple statewide, non-partisan polls conducted over the past four years are considered credible, the general views of GPACE reflect those of a majority of Kansas citizens. Of course, I write to you today representing the shared values of our organization and its members.

While we are a regional organization, based in and focused primarily on Kansas, we share the concerns expressed by hundreds of thousands of our fellow citizens around the country regarding the proposed Keystone XL tar sands pipeline project. Those concerns relating to the threat from the project to local communities, precious ecosystems, and critical shared resources (especially fossil and groundwater sources) are in our view legitimate and should in themselves be grounds for at least a revision of the current project EIS, which we consider inadequate.

Added to these concerns are the issues of questionable relationships, influence, and decision-making in the context of governmental ethics and statutory regulations put in place to protect the public interest in just such instances. Without further investigation into and resolution of these legal and ethical issues, we do not see how the Department of State or the President can make a legitimate or binding NID decision regarding the project.

Weighing upon all these credible concerns are significant questions of domestic energy and economic policy, and especially of national and international efforts to address the threats from anthropogenic global climate change. Jobs and economic development assertions in support of the project have been characteristically inflated, in some cases dramatically so, and as such they should not be the basis for credible expectations from or justifications for the project. The ultimate foreign destination of much or most of the refined product of the transported tar sands is a blatant refutation of assertions that the project will meaningfully enhance the national or energy security of the United States. And the direct and devastating contribution to greenhouse gases and subsequent global warming resulting from the extraction and use of dirty tar sands (not to mention the degradation of biomass resulting from mining and pipeline construction and maintenance) completely undermines any commitment or contribution on the part of the United States to prevent or mitigate the significant and unaffordable climate and hydrological disruptions caused by global climate change.

In particular, individual GPACE members (some of whom are landowners and residents living in counties in which the Kansas section of the project is already operational) have expressed the following concerns:

As the State Department reviews a Presidential Permit for the Keystone XL pipeline, I ask you to consider the gravity of the risks associated with a pipeline that dramatically threatens our ability to combat climate change. Further expansion of a fuel that releases 17% more carbon pollution than conventional oil will push our climate system past the tipping point and beyond human control.

Keystone XL poses a direct threat to America’s land, air, and water as well as the health and livelihoods of our communities. This pipeline would put at risk sensitive land and water, including the Ogallala aquifer, which provides 30% of our agricultural water and drinking water to 2 million Americans. Allowing TransCanada, a foreign company, to profit from a dirty and dangerous tar sands oil pipeline at the expense of Americans’ drinking water, food supply and economy is not in our national interest.

Our nation has experienced the real impacts of our addiction to fossil fuels, in the multitude of oil spills still affecting communities today, in the rising gas prices across the country, and in the daily threats posed to our troops overseas. Keystone XL would deepen our dependence on oil. Proposed new vehicle fuel economy standards alone will save more than twice the amount of oil the pipeline is projected to deliver. Building the tar sands pipeline would undermine our progress in transitioning America to a clean energy future, send the wrong message to the world, and imperil our children’s future.

As you consider the NID related to the Keystone XL project, on behalf of current and future Kansans, and with respect for the many difficult priorities and objectives you undertake on our behalf, we ask you to consider the impacts of this decision upon our health and well-being, our economic and civic vitality, efforts to protect our natural resources and our economy, and the need for fiscal and environmental responsibility concerning long-term energy investments.

We understand that the current administration must take us in a new direction. Most of us are doing all we can to contribute and succeed in the current moment, but you have a legacy opportunity in this instance to provide our children and grandchildren a better chance to contribute and succeed when their moment comes. We ask you to show bold leadership by denying TransCanada the Presidential Permit. Keystone XL is not in our national interest.