You May Need Less Than 10,000 Steps Per Day to Help You Live Longer, Study Says 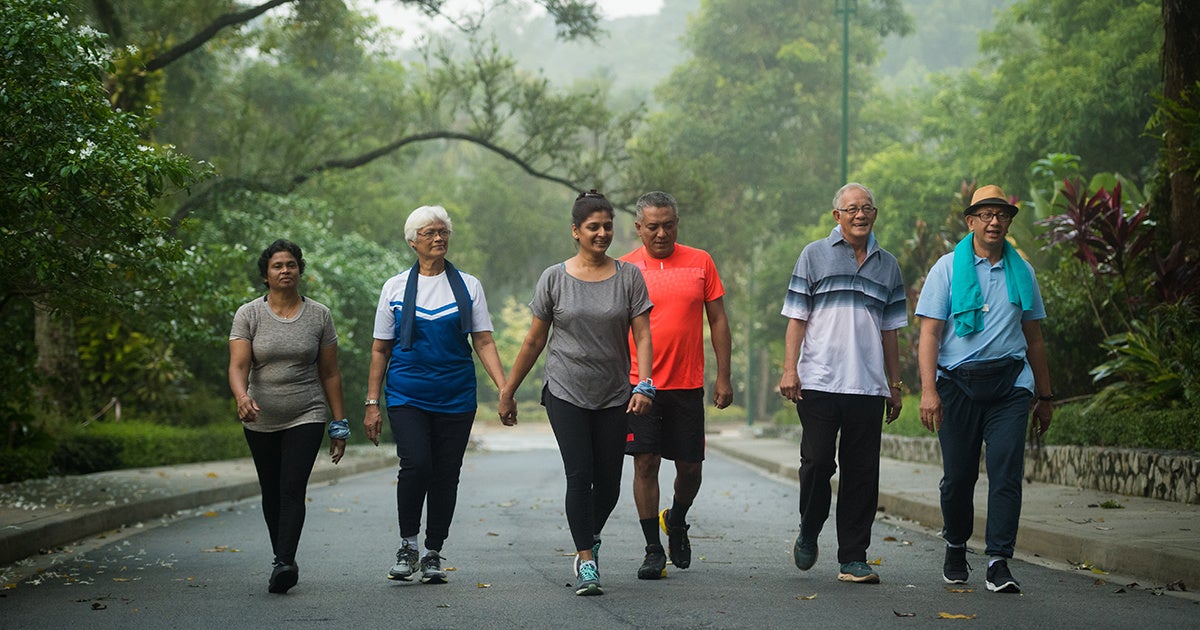 Fitness tracking apps and personal step counters like Fitbit often prescribe walking 10,000 steps per day as a benchmark for achieving better health, but longevity benefits may kick in well before that for older women, a new study has found.

Researchers at Brigham and Women’s Hospital in Boston found that older women who took even just 4,400 steps per day on average had lower mortality rates than those who only reached 2,700 or fewer steps each day. In all, women who hit at least 4,400 steps were 41 percent less likely to die during the more than four-year follow-up period compared with less active women, NPR reported.

The study, published this week in JAMA Internal Medicine, consisted of nearly 17,000 women participating in the Women’s Health Study with a mean age of 72 years and as old as 101 years, whose steps per day were measured by a clip-on wearable device during a seven-day period between 2011 and 2015. The women continued to report their diets, lifestyle choices and other health records until their data was analyzed between 2018 and 2019.

But before you start boosting your daily step quota, the study may have found that the association has a limit: the women’s mortality rates decreased the more steps they took each day only until they reached 7,500 steps, at which point the health benefits appeared to plateau.

“Our message is not a new message: Physical activity is good for you. What’s new and striking is how little you need to do to make a difference,” lead author, I-Min Lee, a professor of medicine at Harvard Medical School and epidemiologist at Brigham and Women’s Hospital, told HealthDay. Currently, federal guidelines recommend 150 minutes of moderate exercise per day.

The women in the study averaged just under 5,500 steps per day, which is in line with previous research into how much physical activity the average American adult gets. The study also found that the number of steps taken was more closely linked with lower mortality rates than step intensity. These findings add to a growing body of research indicating that even minimal amounts of daily exercise can ward off health problems in older people.

The study was limited in that it was observational and could not show a cause-and-effect relationship and it only dealt with women, Time reported. Lee believes the results of future studies might be similar for older men as well, CNN reported, but not necessarily for different age groups: younger people might require more steps, she said.

Lee said the idea of people needing 10,000 steps per day for health dates back to a Japanese pedometer created in the 1960’s. The machine was called “Manpo-kei,” which means “10,000 steps meter” in Japanese, Lee told CNN. This figure eventually took off in the United States as a popular health recommendation without much supporting scientific evidence, NPR reported.