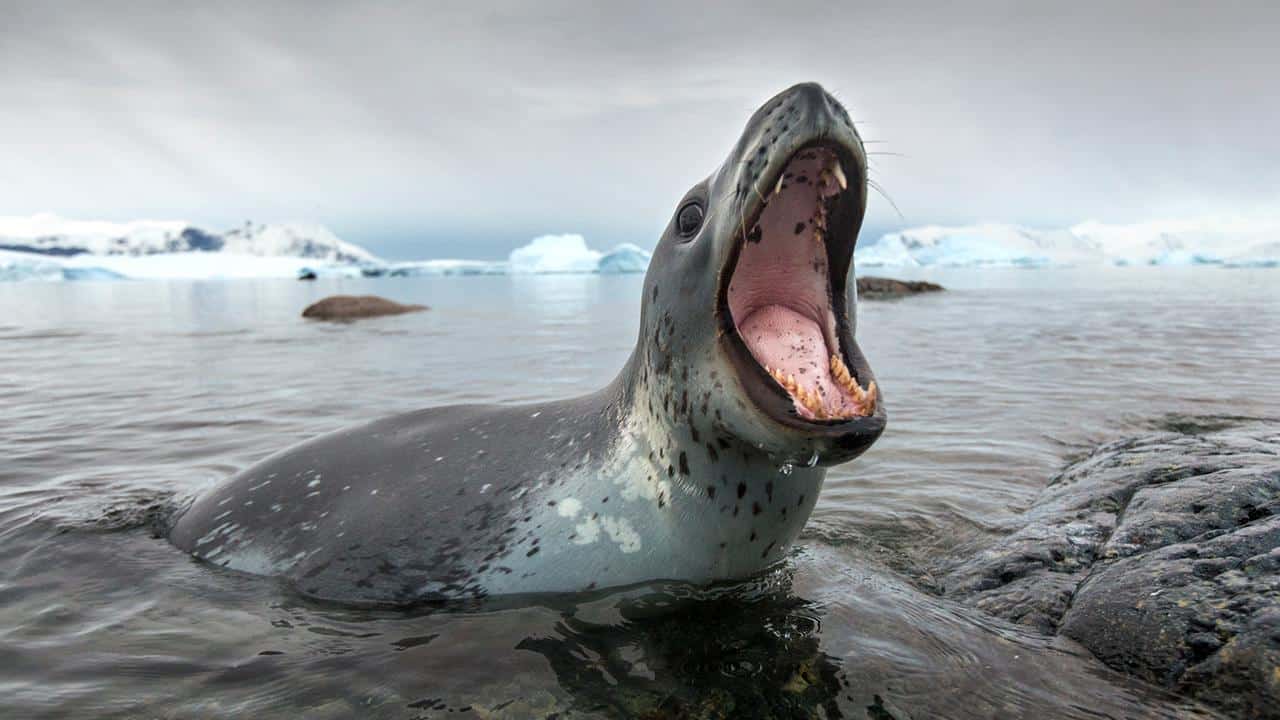 We are used to thinking of sharks as predators and seals as their prey, but sometimes the circle of life moves in reverse.

A new study has found evidence that leopard seals off New Zealand eat ghost sharks, the first known example of a seal eating a shark.

“We were blown away to find that sharks were on the menu,” study lead author Krista van der Linde of World Wildlife Fund for Nature New Zealand said in a statement reported by Newsweek.

The research, published in Frontiers in Marine Science this month, set out to study the eating habits of leopard seals in New Zealand waters. Leopard seals are major predators that have been known to eat a variety of species including crustaceans, fishes, birds and other pinnipeds (the order that includes seals, sea lions and walruses). However, this was the first time that the seals were documented eating chondrichthyans, or fish with cartilaginous skeletons.

“From both observations of predations and scats, three chondrichthyan species or genus were identified; elephantfish (Callorhinchus milii), ghost sharks (Hydrolagus spp.) and spiny dogfish (Squalus acanthias),” the study authors wrote. “While this is the first published record of leopard seals feeding on chondrichthyans, the relatively high frequency of occurrence within our NZ records, and that certain individuals appeared to target this type of prey, indicates that these species could constitute a substantial, or important, part of the diet for some leopard seals in this region.”

The study was based on 39 records of predation and 127 scat samples taken between 1942 and 2019. Chondrichthyans made up 23.1 percent of the observations and 7.1 percent of the scat evidence.

The researchers don’t know why the seals would prey on fish that can definitely fight back.

“These fish have large spines to help protect them from predators and sure enough there were wounds on the leopard seals, sometimes even big spines embedded in their faces, one leopard seal had at least 14 such wounds,” Van der Linde said in the statement reported by Newsweek.

One idea is that the sharks could have a nutritional benefit.

“There could be something nutritionally about sharks that makes them desirable, it could be sort of a treat for [the seals],” Van der Linde told The Guardian.

The research comes as more leopard seals are being spotted in New Zealand’s waters. Since leopard seals normally reach New Zealand from Antarctica, scientists want to know if the more frequent sightings actually represent a change in seal behavior, and whether or not the climate crisis is playing a role in driving the seals to travel farther for food.

It is also interesting that one predator is consuming another, both Van der Linde and her co-author Ingrid Visser said. Visser and Van der Linde co-founded LeopardSeals.org to protect the animals in New Zealand waters through both research and conservation.

“To know there is another marine mammal also munching on sharks, well, that has implications for the whole food web and our understanding of how it all is interlinked,” she said.