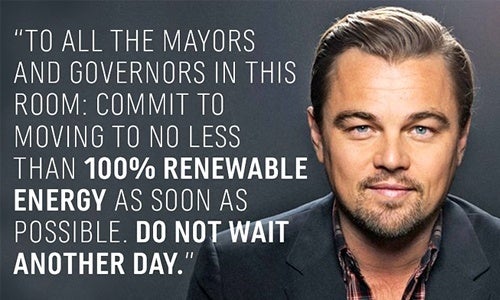 Something incredible is happening right now across the globe. Achieving 100 percent clean energy is becoming “the new normal” in the fight to solve climate change. What’s driving this trend is a flowering of ambition.

The Oxford English Dictionary defines “ambition” as a “strong desire to do or to achieve something, typically requiring determination and hard work.” Determination and hard work are exactly what we need from global leaders as they meet in Paris this week to hammer out an international agreement to reduce greenhouse gas emissions and address the climate crisis. People’s lives depend on it. 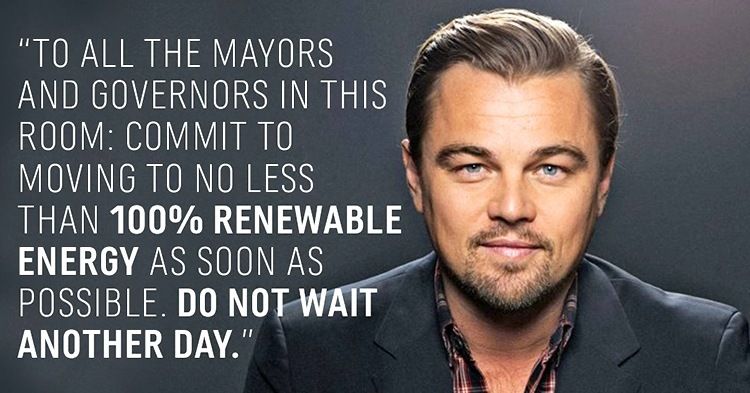 The negotiators in Paris need only to look around them for inspiration. Cities across the globe are demonstrating what it means to lead with ambition. Today, 1,000 mayors issued a declaration in Paris at the Climate Summit for Local Leaders, the largest-ever global gathering of local leaders focused on climate change. The declaration states:

“We—the undersigned mayors, governors, premiers and other local government leaders—commit collectively to support ambitious long-term climate goals such as a transition to 100 percent renewable energy in our communities.”

And, as shown above, even Leonardo DiCaprio has urged local leaders to act.

Meanwhile, on Dec. 15, one of the largest cities in the U.S., San Diego, is voting on a proposed plan to get 100 percent of its energy from renewable sources by 2035. Republican Mayor Kevin Faulconer and San Diego city council members have publicly supported the goal as a smart strategy for the city to protect its environment and grow its economy.

This transformational awakening of ambition would not be happening were it not for the people who said it could be done long before CEOs and mayors believed it was possible. From the People’s Climate March last year to a 25,000-person gathering last week in Ottawa, Canada, it has been the hard work of committed climate activists marching across the globe and shouting from streets that woke leaders up to the fact that 100 percent is possible. Those voices have been heard in Paris and around the world and will go on calling for 100 percent clean energy until the ambition of our response to climate change fully matches the challenges and opportunities before us.