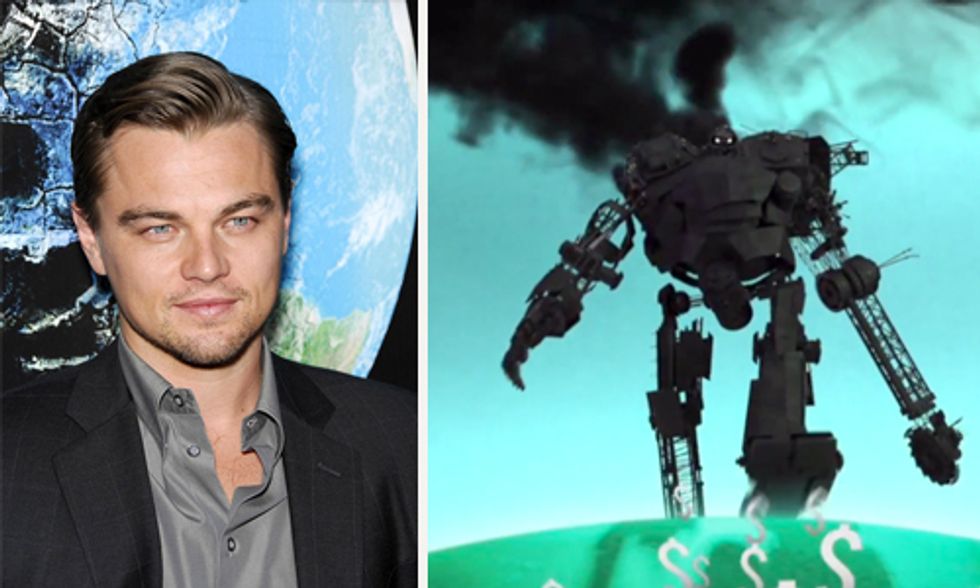 Production company Tree Media, whose mission is to inspire positive social action, has just released the first of four films in the Green World Rising series focusing on solutions to the climate crisis.

Leonardo DiCaprio is the voice of a series of short films exploring what we can do to protect our Earth.
Photo credit: Shutterstock (l) and Green World Rising (r)

The eight-minute film, CARBON, narrated by actor and dedicated environmentalist Leonardo DiCaprio, was created with support from the Leonardo DiCaprio Foundation and in collaboration with Thom Hartmann. The film's goal is to draw attention to how some governments are already putting a price on carbon through carbon taxes and carbon trading to encourage polluters to shift from dirty energy sources to renewables prior to the UN Climate Summit in New York on Sep. 23. All four films will be released in the next month leading up to the summit.

“97% of climate scientists agree: climate change is happening now—and humans are responsible," said DiCaprio. "We cannot sit idly by and watch the fossil fuel industry make billions at our collective expense. We must put a price on carbon—now."

“We need serious action to address the most pressing issue of our time," said Hartmann. "Communities across the world have taken action in the most direct and effective way possible by taxing and trading carbon. For us to beat this crisis, many more need to join."

The film explains what a carbon tax and carbon trading are, how they can help us stop "using the atmosphere as a sewer," as Joseph Romm of the Center for American Progress says in the film, and what ordinary people can do to push elected officials to act.

You can watch the film here.

Enough Is Enough: It’s Time to Move Beyond Dirty Energy