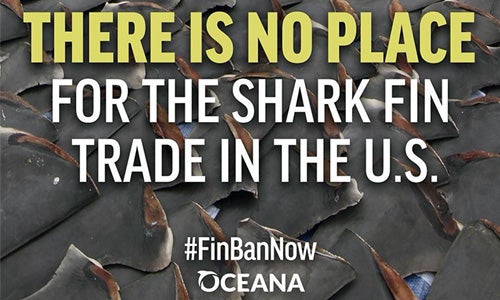 Leonardo DiCaprio, oscar-winning actor and well-known advocate for the planet, has joined the #FinBanNow call to end the sale of shark fins in the U.S.

On June 23, Oceana, along with four members of congress, introduced the Shark Fin Elimination Act of 2016 (S.3095/H.R.5584), beginning the call to action. The bill would ban the sale of shark fins in America. The act of shark finning—cutting a shark’s fins off and discarding its body at sea where it could drown, bleed to death or be eaten alive—is already illegal in U.S. waters.

The bill was introduced by Senators Cory Booker (D-NJ) and Shelley Moore Capito (R-WV) and Representatives Ed Royce (R-CA) and Camacho Sablan (I-MP). DiCaprio isn’t the only celebrity to back their fin ban call. Morgan Freeman also joined the cause.

“Sharks are being killed for their fins, much like rhinos and elephants have been decimated due to the demand for their horns and tusks,” Freeman said in an Oceana press release.

“While shark finning is banned in U.S. waters, we continue to buy, sell and trade shark fins throughout the country. By allowing the trade of shark fins within our borders, the U.S. continues to contribute to this global problem. The Shark Fin Trade Elimination Act would not only get the U.S. out of the shark fin trade business, but it would also reinforce the status of the United States as a leader in shark conservation.”

Five of the 11 countries that export fins to the U.S. do not have shark finning bans, according to an Oceana report. It is very likely that those products come from sharks that have been finned. 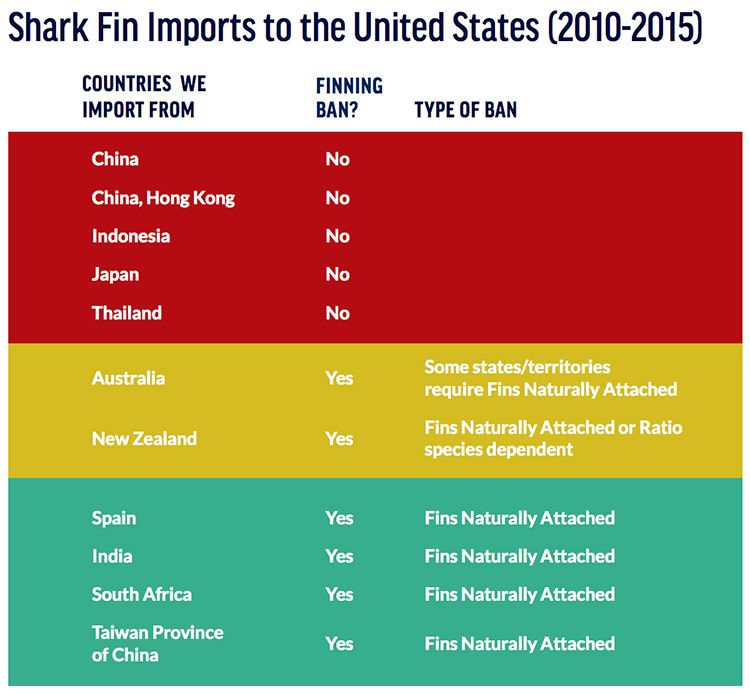 It is hard to track how many shark fins are exported from and imported to the U.S. because of labeling rules. The U.S. requires shark fins to be labeled as such only if they are dried, Oceana said. Therefore, if shark fins are fresh, frozen, on ice or processed in another way, they do not have to be labeled.

Discrepancies in reports between the UN’s Food and Agriculture Organization (FAO) and the U.S.’s National Oceanic and Atmospheric Association (NOAA) show just how complex the labeling problem is. Oceana’s report explains the complexity of the issue:

“Shark finning, which leaves these animals to die a slow and painful death at the bottom of the ocean, is a cruel practice that needs to be stopped,” Rep. Royce said. “When the United States leads, others follow. We should set an example by eliminating the shark fin trade rather than providing a market to incentivize this illicit activity.”

Earlier this year, the U.S. banned nearly all commercial elephant ivory trade in the country. The new rules, which take effect July 6, limit the import of sport-hunted trophies to two per hunter and prohibit the sale of ivory that was part of a move or inheritance.