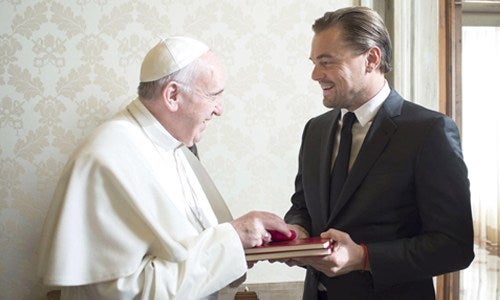 Pope Francis met today during a private audience in Vatican City with actor and environmental activist Leonardo DiCaprio. Their conversation focused on how they can work together to address the immediate need for major action to stop the devastating impacts of climate change from leaving permanent scars on our planet. 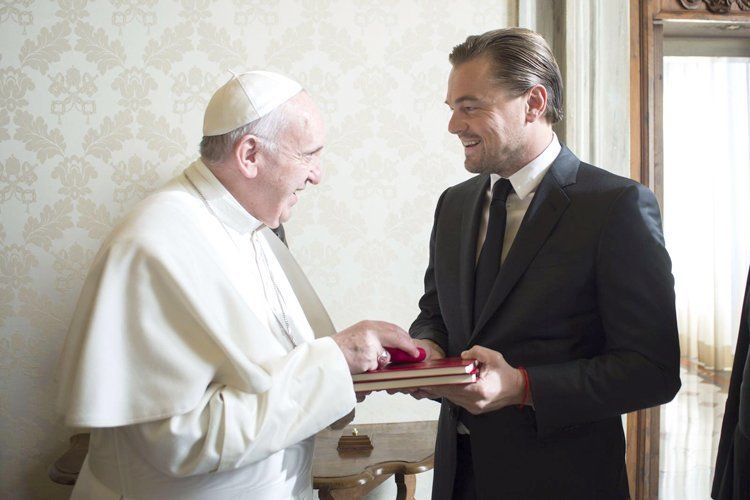 Pope Francis and Leonardo DiCaprio meet today in Vatican City to discuss how they can work together to address the immediate need for major action to stop the devastating impacts of climate change. Photo credit: The Vatican

His Holiness sees great urgency in climate change, and has made impassioned pleas before the world community about the threat it poses to our environment, and to the future of human kind. Speaking before a gathering the United Nations General Assembly last September, Pope Francis made this link explicitly clear—any harm done to our environment is harm done to humanity.

The meeting, coming shortly after it was announced that 2015 was officially the hottest year ever recorded, was an opportunity for His Holiness and DiCaprio to specifically identify ways they can inspire and motivate people across the globe to commit to upholding their moral and ethical responsibilities to protect our planet.

Pope Francis and DiCaprio are leading voices in the cause to protect our only home for future generations. Speaking before concerned citizens and leaders of all levels, they have highlighted that this crisis will overwhelmingly impact the poorest and most vulnerable communities of people on earth, making this fight one of fairness, equality and justice.

DiCaprio was accompanied by his father George DiCaprio and Milutin Gatsby, global fundraising chair for the actor’s environmental philanthropy, the Leonardo DiCaprio Foundation.