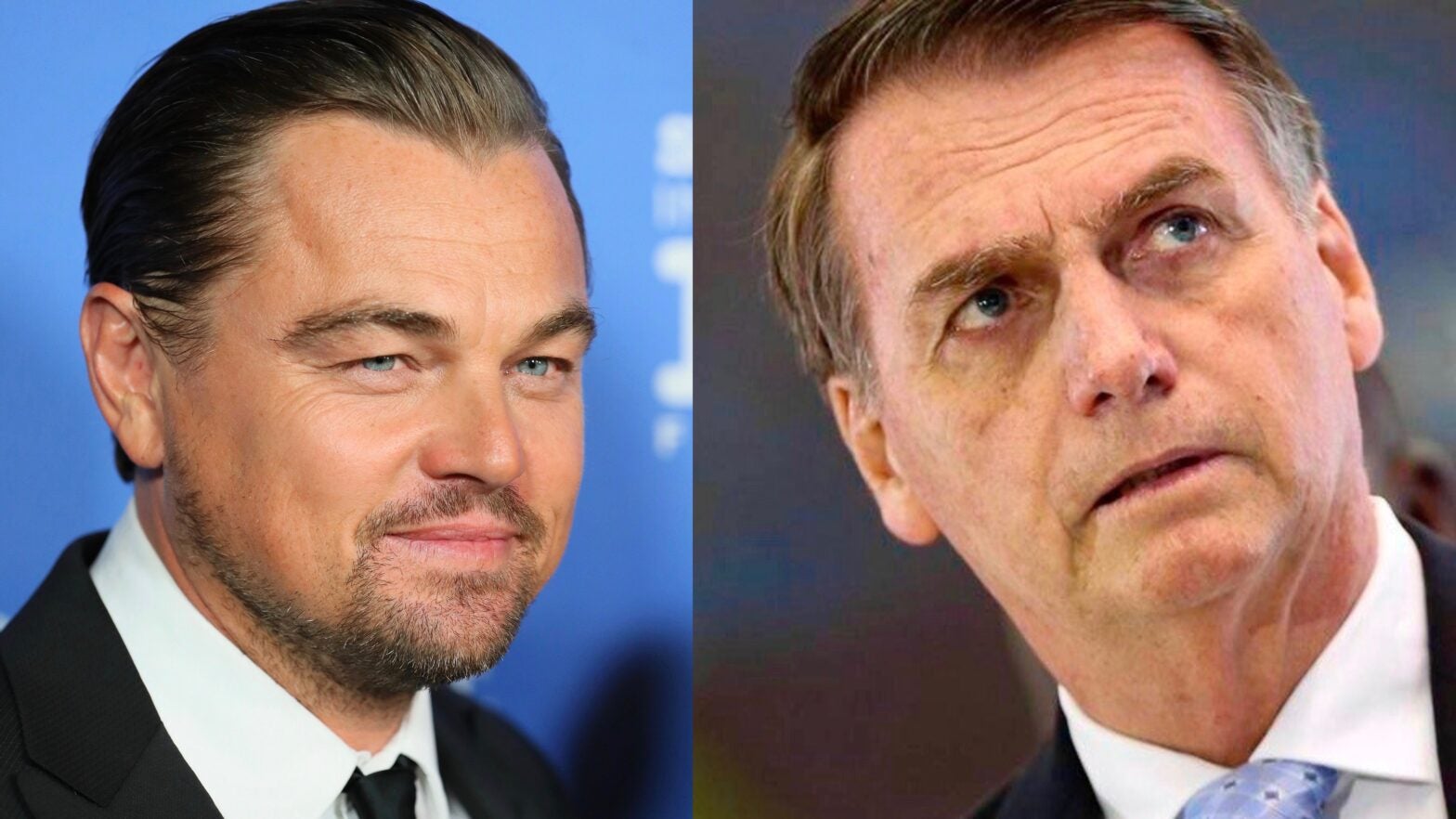 Right-wing Brazilian President Jair Bolsonaro has found a new person to blame for the record number of wildfires that have ravaged the Amazon rainforest this year: actor and environmental advocate Leonardo DiCaprio.

“Leonardo DiCaprio is a great guy, isn’t he?” Bolsonaro said Friday, as CNN reported. “Donating money to set the Amazon on fire.”

This is not the first time that Bolsonaro has blamed environmental nongovernmental organizations (NGOs) for intentionally starting fires in order to raise money. While indigenous and environmental groups have blamed Bolsonaro’s pro-development rhetoric and policies for the uptick in illegal burns in the Amazon, the president has pushed back by shifting blame. This August, as the news of the fires sparked international outrage, he claimed that “everything indicates” the fires were started by NGOs, though he did not provide any proof.

His accusations against DiCaprio come as four volunteer firefighters have been arrested for allegedly starting fires in Brazil‘s northern Pará state in order to attract NGO donations, BBC News reported. Specifically, the World Wildlife Fund (WWF) has been accused of paying the firefighters for photographs of burned forest. WWF denies these claims, and human rights and environmental organizations said the arrests were politically motivated and an attempt to harass environmental groups.

Bolsonaro first connected DiCaprio with the fires in a webcast Thursday discussing the accusations against WWF.

“So what did the NGO do? What is the easiest thing? Set fire to the forest. Take pictures, make a video. [WWF] makes a campaign against Brazil, it contacts Leonardo DiCaprio, he donates 0,000,” Bolsonaro said, according to BBC News. “A part of that went to the people that were setting fires. Leonardo DiCaprio, you are contributing to the fire in the Amazon, that won’t do.”

DiCaprio responded with a statement posted on Instagram Saturday.

“At this time of crisis for the Amazon, I support the people of Brazil working to save their natural and cultural heritage,” DiCaprio wrote. “They are an amazing, moving and humbling example of the commitment and passion needed to save the environment.”