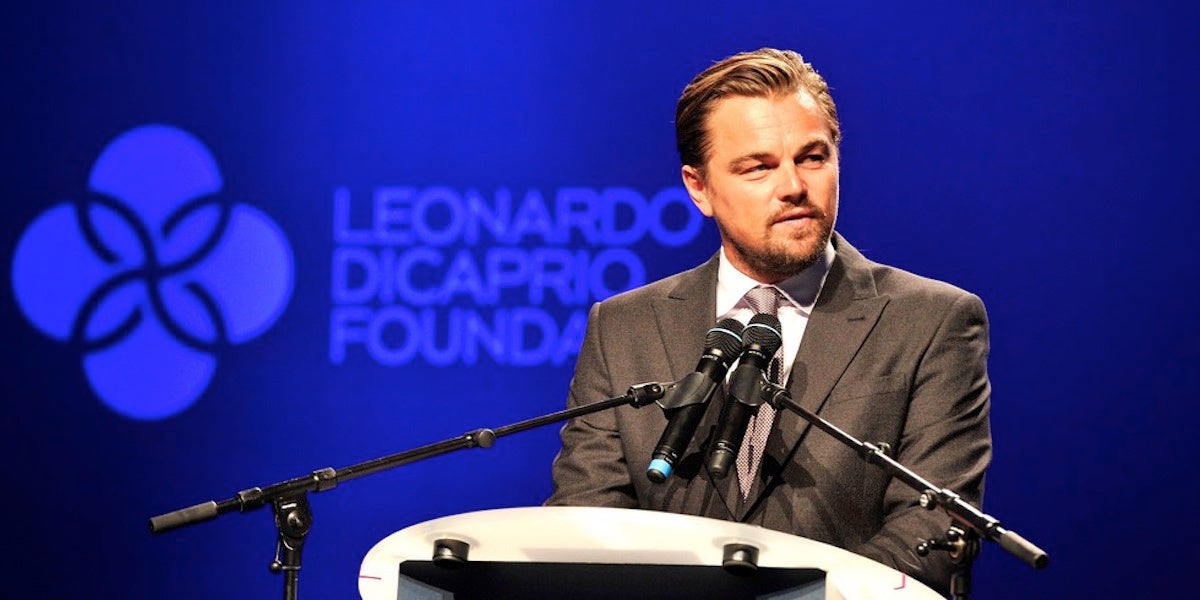 This is the
Leonardo DiCaprio Foundation‘s (LDF) largest-ever portfolio of environmental grants to date. The organization has now offered more than $80 million in total direct financial impact since its founding in 1998.

“We are proud to support the work of over 100 organizations at home and abroad,” DiCaprio
said. “These grantees are active on the ground, protecting our oceans, forests and endangered species for future generations—and tackling the urgent, existential challenges of climate change.”

The
Before the Flood documentarian also urged a shift fossil fuels to renewable energy.

“There exist today many proven technologies in renewable energy, clean transportation and sustainable agriculture, that we can begin to build a brighter future for all of us,” he said. “Our challenge is to find new ways to power our lives, employ millions of people and turn every individual into an advocate for clean air and drinkable water. We must demand that politicians accept climate science and make bold commitments before it is too late.”

As reported by Mashable, during DiCaprio’s remarks at the conference, he called out the Trump administration for its refusal to acknowledge climate science, especially as a string of climate-related natural disasters tear across the country.

“We have watched as storms, wildfires, and droughts have worsened, and as extinctions have become increasingly frequent. And some of us have also listened as the scientific community sounded alarm bells about climate change as far back as the early 1990s,” he said.

“Yet with all of this evidence—the independent scientific warnings, and the mounting economic price tag–there is still an astounding level of willful ignorance and inaction from the people who should be doing the most to protect us, and every other living thing on this planet.”

“We watched as this White House pulled us back from the Paris climate agreement, the landmark blueprint for containing global emissions and slowing the increase in global temperatures, and we listened as they said that the powerful forces of Hurricanes Harvey and Irma did not change the President’s mind about climate change,” he said.

“I still believe that the United States has the potential to lead the world on this issue. We can only hope that the president begins to see it too, before it is too late.”

Watch DiCaprio’s interview with the former Secretary of State below. DiCaprio appears at the 8-minute mark: