LEGO Bricks Can Survive in Oceans for 1,300 Years, Study Shows 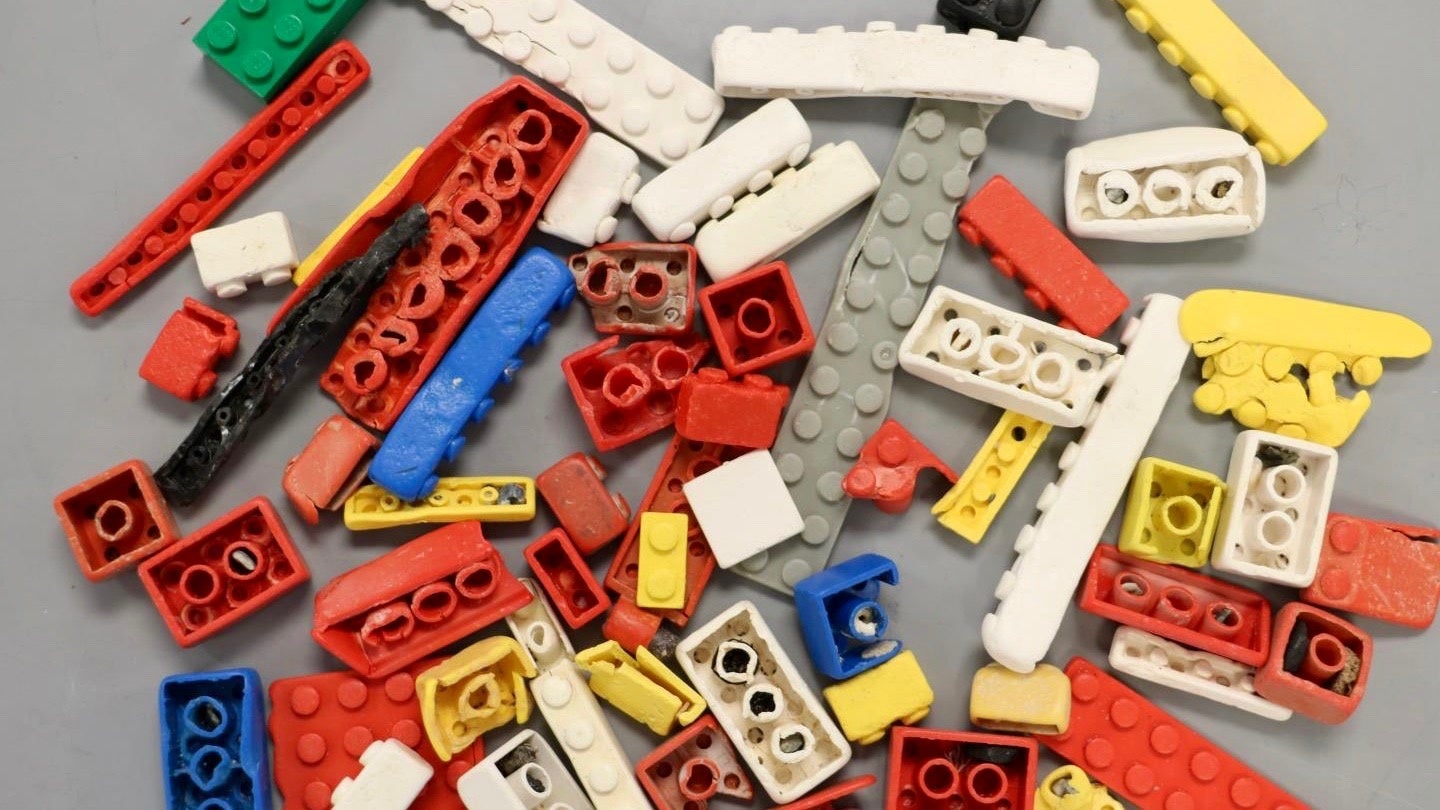 Detailed analysis has estimated a LEGO brick could survive in the ocean for as many as 1,300 years. Andrew Turner / University of Plymouth

The Danish building block toy LEGO has sprouted an empire of amusement park like stores, movies, and reality TV competitions premised on building complicated characters, vehicles and settings from inter-locking pieces of plastic. Unfortunately, all that plastic will be with us for a long, long time, according to a new study published in the journal Environmental Pollution.

The researchers from the University of Plymouth in England studied how the pieces from the popular toy broke down in a marine environment. It turns out, LEGO bricks can survive in ocean waters for up to 1,300 years, according to the study.

The research team conducted the study by examining 50 LEGO bricks that had washed up in Cornwall, England. As Newsweek reported, the recovered pieces were cleaned, measured, weighed and then compared to unused bricks. The scientists checked the chemical composition of each block. By identifying chemicals no longer used in the production process, the scientists were able to estimate the age of each brick. The team compared the level of wear and tear by comparing the bricks to pristine LEGO pieces from the 70s and 80s.

By conducting that complex comparison, the researchers were able to estimate that LEGO bricks can survive anywhere from 100 to 1,300 years in a marine environment, meaning their durability could be harmful to marine animals, according to a statement from the University of Plymouth. The researchers said their findings mean people need to be very careful about how they discard everyday household items.

“LEGO is one of the most popular children’s toys in history and part of its appeal has always been its durability,” Andrew Turner, associate professor of Environmental Sciences at the University of Plymouth, said in a statement. “It is specifically designed to be played with and handled, so it may not be especially surprising that despite potentially being in the sea for decades it isn’t significantly worn down. However, the full extent of its durability was even a surprise to us.”

Turner, who previously conducted extensive research on the chemical properties of items washed up as marine litter, warned about the scourge of microplastics as LEGO bricks wear down.

“The pieces we tested had smoothed and discolored, with some of the structures having fractured and fragmented, suggesting that as well as pieces remaining intact they might also break down into microplastics,” he said in a statement. “It once again emphasizes the importance of people disposing of used items properly to ensure they do not pose potential problems for the environment.”

Environmental activists noted that the study shows the harm of not disposing of toys properly or being careless with them on a visit to a beach or river.

“LEGO has brought joy to countless children around the world for decades, but this joy comes with a heavy price, an ocean crisis,” Chris Thorne, an oceans campaigner at Greenpeace UK, said to The Independent. “This study confirms what we already knew, that much of the plastic waste we’ve left in our oceans, including LEGO, will survive there for centuries, possibly even millennia.”

“The impacts of this will be wide ranging, and harm marine ecosystems long after our generation is gone,” Thorne added. “We must protect our oceans from all the pressures facing them, from climate change to overfishing and plastic pollution.”