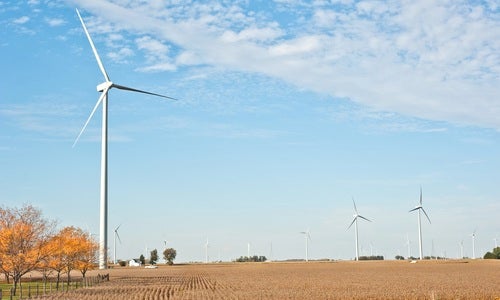 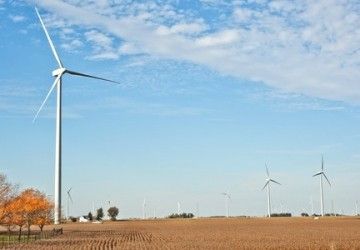 A wind farm in Paulding County, OH with more than 50 turbines.

The Ohio senator who introduced legislation to scrap Ohio’s renewable energy mandates and goals says he has revamped the bill and expects it to pass through a committee next week.

Sen. Bill Seitz (R-Cincinnati) told The Associated Press Wednesday that the revised version of Senate Bill (SB) 58 would keep Ohio’s renewables rules in place through December 2018, when point thresholds for renewable energy purchased in-state would be lifted so “people can get it wherever it’s cheapest so long as it’s deliverable” to the Ohio power grid. The Ohio Senate’s Public Utilities Committee—which Seitz chairs—planned to meet last week and possibly vote on SB 58 prior to an abrupt cancellation.

Ohio’s original renewable energy laws—under SB 221—were established in 2008. They include a “25 by ’25” mandate, which require utilities to produce 12.5 percent of their energy from renewable sources and another 12.5 percent from “advanced energy” sources like clean coal or a state-of-the-art nuclear reactor by 2025. This time, Seitz says he’s “reasonably optimistic” about getting committee approval.

Though advocacy groups and other proponents say the laws have brought investments, jobs and reduced emissions to the state, Seitz believes the mandates are unconstitutional and lead to larger bills for the neighbors of those who put renewable energy back on the grid.

However, the Ohio State University’s Center for Resilience predicts the opposite, projecting an average electricity bill that is 4 percent higher than current levels and a loss of $1.6 billion in proposed wind projects.