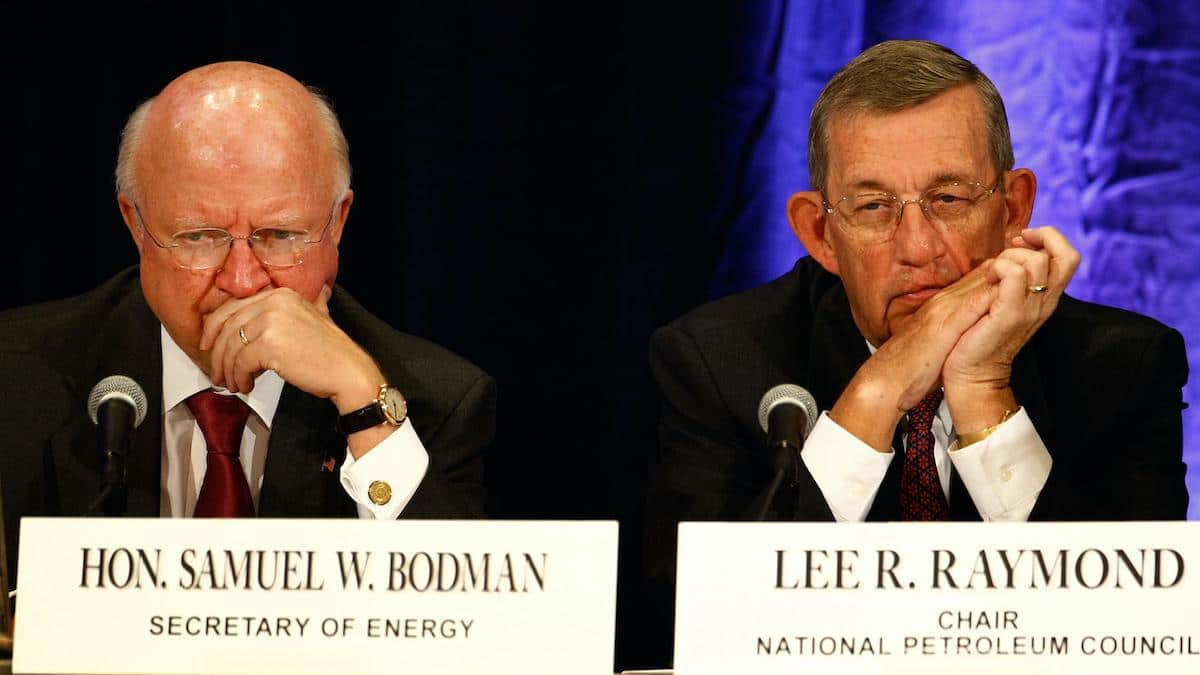 U.S. Energy Secretary Samuel Bodman and National Petroleum Council Chair Lee Raymond attend the 118th meeting of the NPC on Sept. 17, 2008 in Washington, DC. Raymond was the chief executive officer and chairman of ExxonMobil from 1999 to 2005 and his retirement package was worth about $400 million, the largest in history for a U.S. public company. Chip Somodevilla / Getty Images

Lee Raymond, former ExxonMobil CEO, will resign from the JPMorgan board of directors at the end of the year.

Raymond was elected earlier this year to continue serving as the board’s independent director through May 2021, a role he has held for the past seven years on a board on which he sat for one-third of a century. His early departure comes as JPMorgan faces increasing pressure from climate groups, shareholders, and the BankFwd campaign over the bank’s financing of fossil fuel projects.

Raymond was the target of a major vote-out campaign by environmental groups earlier this year. At ExxonMobil, Raymond aggressively rejected the scientific reality of climate change and Exxon funneled millions of dollars to groups undermining climate science and denying climate change. JPMorgan remains the world’s largest financier of fossil fuels.