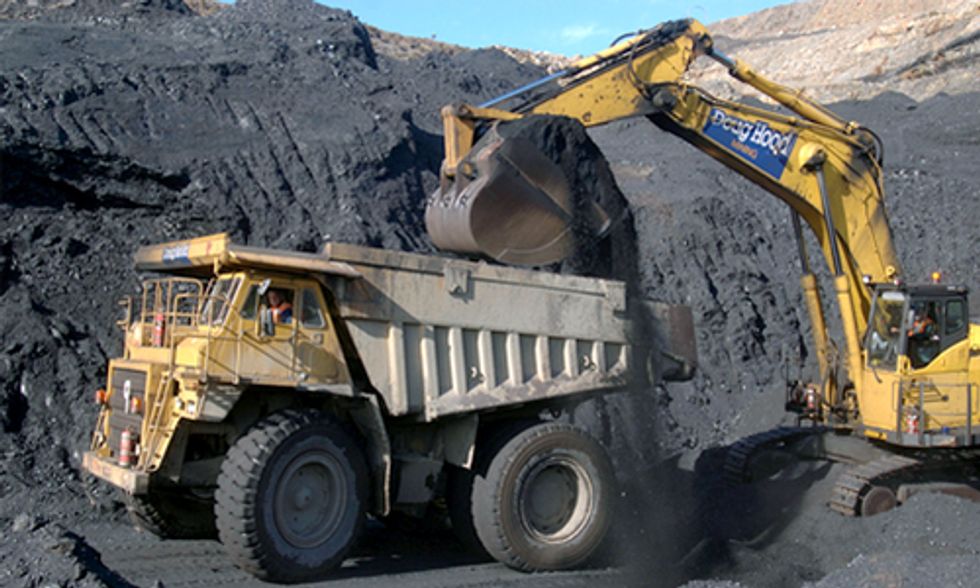 The sheer scale of the fossil fuel reserves that will need to be left unexploited for decades if world leaders sign up to a radical climate agreement is revealed in a study by a team of British scientists.

“Policy makers must realize that their instincts to completely use the fossil fuels within their countries are wholly incompatible with their commitments to the 2°C goal. If they go ahead with developing their own resources, they must be asked which reserves elsewhere should remain unburnt in order for the carbon budget not to be exceeded.”
Lakeview Images / Shutterstock.com

The team from University College London’s Institute for Sustainable Resources (ISR) says that, in total, a third of global oil reserves, half of the world’s gas and more than 80 percent of its coal reserves should be left untouched for the next 35 years.

This is the amount of fossil fuel, they estimate, that the world must forego until 2050 if governments agree on a realistic programme to ensure that global warming does not exceed the 2°C increase over pre-industrial levels agreed by policy makers.

The authors of the report, which is published in the journal Nature, say some reserves could be used after 2050, so long as this kept emissions within the CO2 budget, which would be only about half the amount the world can afford to use between now and 2050.

They say a factor that might help in the use of fossil fuels is that carbon capture and storage (CCS) is expected to be much more widely deployable by mid-century, assuming it to be a mature technology by then.

The study, funded by the UK Energy Research Centre, concluded that the development of resources in the Arctic and any increase in unconventional oil—oil of a poor quality that is hard to extract—are also “inconsistent with efforts to limit climate change.”

For the study, the scientists first developed an innovative method for estimating the quantities, locations and nature of the world’s oil, gas and coal reserves and resources. They then used an integrated assessment model to explore which of these, along with low-carbon energy sources, should be used up to 2050 to meet the world’s energy needs.

The model, which uses an internationally-recognized modeling framework, provides what the authors describe as “a world-leading representation of the long-term production dynamics and resource potential of fossil fuels.”

The lead author, Dr Christophe McGlade, research associate at the ISR, said: “We’ve now got tangible figures of the quantities and locations of fossil fuels that should remain unused in trying to keep within the 2°C temperature limit.

“Policy makers must realize that their instincts to completely use the fossil fuels within their countries are wholly incompatible with their commitments to the 2°C goal. If they go ahead with developing their own resources, they must be asked which reserves elsewhere should remain unburnt in order for the carbon budget not to be exceeded.”

The prospects for an amicable discussion between China, Russia, the U.S. and the Middle East on how to share the pain of leaving these reserves unexploited will demand exceptional diplomacy from all parties.

“They will need to rethink such substantial budgets if policies are implemented to support the 2°C limit, especially as new discoveries cannot lead to increased aggregate production.

“Investors in these companies should also question spending such budgets. The greater global attention to climate policy means that fossil fuel companies are becoming increasingly risky for investors in terms of the delivery of long-term returns. I would expect prudent investors in energy to shift increasingly towards low-carbon energy sources.”

After years of halting progress towards an effective international agreement to limit fossil fuel emissions so as to stay within the 2°C temperature threshold, hopes are cautiously rising that the UN climate talks to be held in Paris at the end of 2015 may finally succeed where so many have failed.

But reaching agreement will be only the first step: effective enforcement may prove an even bigger problem.