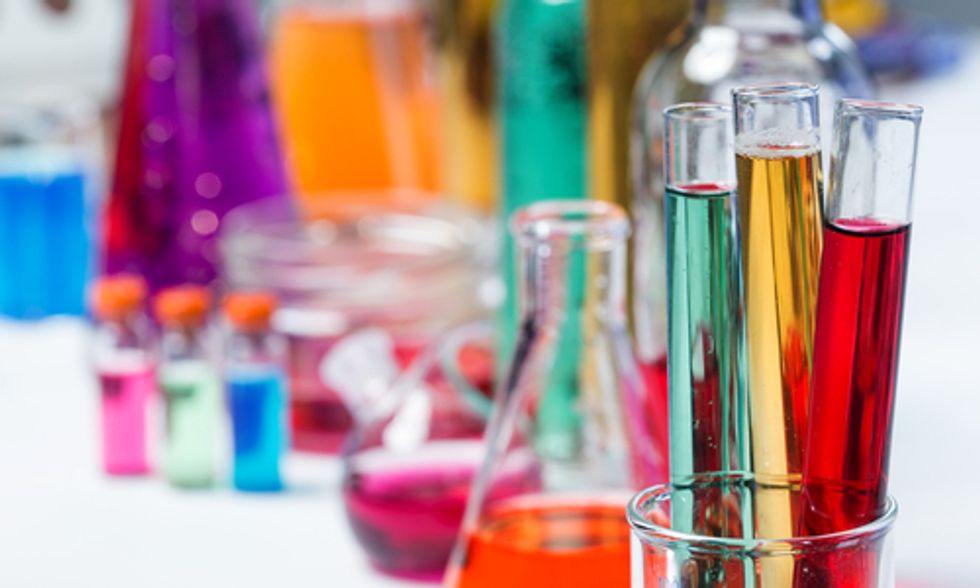 A report published Monday by the Center for International Environmental Law (CIEL) and ClientEarth shows how a leaked proposal from chemical lobbying groups could damage future protective legislation on toxic chemicals.

The leaked proposals would have a particularly damaging effect on legislation concerning the restriction of endocrine disrupting chemicals, which have been known to interfere with people's hormonal systems. Photo courtesy of Shutterstock

The documents, drafted by the American Chemistry Council and the European Chemical Industry Council, were injected into last December's Transatlantic Trade and Investment Partnership (TTIP) negotiations—an action that exposes the extent of the chemical industry meddling into secretive and ongoing U.S.-EU trade talks.

“This proposal illustrates two huge and interrelated problems with TTIP,” said Baskut Tuncak, staff attorney for the Center for International Environmental Law. "The privileged position of industry to craft language in the trade agreement without public input, and the unlimited potential of TTIP to affect the ability of countries to regulate on toxic chemicals, energy and climate change, food and agriculture and other critical issues.”

The chilling effect of chemical industry interference with prospective TTIP regulations could include: slowing down the implementation of precautionary decisions on toxic chemicals, undermining democratic decision making and stifling the innovation of safer alternatives.

For years the U.S. government and the chemical industry have complained about protective EU chemical laws, characterizing them as trade obstacles, with some industry groups even calling them the most restrictive trade barriers in the transatlantic deal.

Given these perspectives, it would appear the major aim of the TTIP is to minimize what it calls technical barriers to trade, and its actions could weaken the introduction of vital laws designed to protect people and the environment.

The joint proposal by the American Chemistry Council and the European Chemical Industry Council seeks to use TTIP as a mechanism to “address the potential non-tariff barriers that can arise from discordant regulatory measures.” While this may appear to be a reasonable aim on its surface, closer study of the proposal strongly suggests different motivations—to exploit regulatory differences between the two parties to slow regulatory developments at all levels, prevent the regulation of endocrine disrupting chemicals and obstruct efforts to promote substitution of all harmful substances with safer alternatives.

Industry’s suggestion that its proposed “improvements” purport to involve no changes in the underlying statutory or regulatory requirements in either jurisdiction are, at best, wildly implausible and, at worst, deeply disingenuous.

“The overriding theme of the proposals is secrecy,” said Vito Buonsante, ClientEarth Llwyer. “The industry wants to restrict the transparency of information, which is essential if people are to make choices about what they expose themselves to. They also want to undermine the democratic process by putting decision-making in the hands of industry dominated committees.”

The report also shows that the leaked proposals would have a particularly damaging effect on legislation concerning the restriction of endocrine disrupting chemicals, which have been known to interfere with people's hormonal systems.

Endocrine disrupting chemicals are found in everyday products such as sunscreens, deodorants and children's toys.

According to economic estimates used by the European Commission, the chemicals sector would be the second biggest beneficiary if certain laws were removed through TTIP.