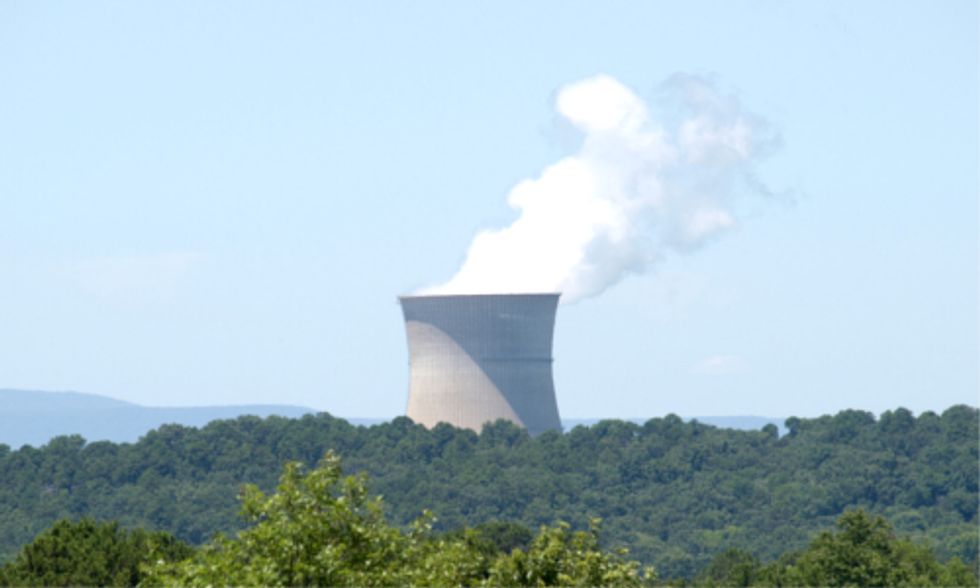 When an earthquake and tsunami struck Fukushima, Japan leading to a nuclear disaster three years ago, U.S. residents wondered if the aging nuclear facilities in their own country were at risk. What they didn't know is that the federal government's nuclear arm worked actively in the days after the incident, trying to cover up the perils that existed in the states.

According to a report from NBC, a U.S. Nuclear Regulatory Commission (NRC) campaign to reassure people about nuclear safety standards coincided with agency experts consistently presenting similar questions behind the scenes. Through a Freedom of Information Act request, NBC acquired a string of March 2011 emails that clearly show the cover-up.

"While we know more than these say, we're sticking to this story for now," Scott Burnell, an NRC public and media relations manager wrote in one email.

In the days following the Fukushima disaster, the NRC split its talking points into two segments with different information: "public answer" and "additional technical, non-public information." Here's an example of a question the NRC expected to face, followed by the public and non-public answers:

Q. What happens when/if a plant 'melts down'?

Public Answer: In short, nuclear power plants in the United States are designed to be safe. To prevent the release of radioactive material, there are multiple barriers between the radioactive material and the environment, including the fuel cladding, the heavy steel reactor vessel itself and the containment building, usually a heavily reinforced structure of concrete and steel several feet thick.

One example of a concerted cover-up came five days after the initial reports that an earthquake and tsunami knocked out the power and cooling systems at the six-reactor Fukushima Daiichi nuclear power plant. MSNBC used NRC estimates to rank the U.S. nuclear plants that were most at risk if an earthquake were to hit nearby land. Burnell and members from the NRC's lobbying arm, the Nuclear Energy Institute, emailed staff members with instructions to find errors in the article, but none came up. He also told experts likely to appear on TV how to deny certain claims.

Former U.S. Energy Secretary Steven Chu appeared on CNN on March 20, 2011 but hesitated when an on-air personality asked him if U.S. nuclear plants could withstand an earthquake that measured 9.0 on the Richter scale. NRC spokesman David McIntyre had his own ideas for how Chu should have handled the question.

More than 30 of the country's 100 nuclear power reactors have the same brand of General Electric reactors or containment system that used in Fukushima, according to the NBC report. The median reactor age in the U.S. is 34. The oldest is the Ginna plant near Rochester, N.Y., licensed in 1969. Only four of the reactors began generating power in 1990 or later.

Americans aren't the only ones concerned with old reactors. Last week, 240 Greenpeace activists from national and regional offices took action across Europe to highlight the risk of aging reactors.