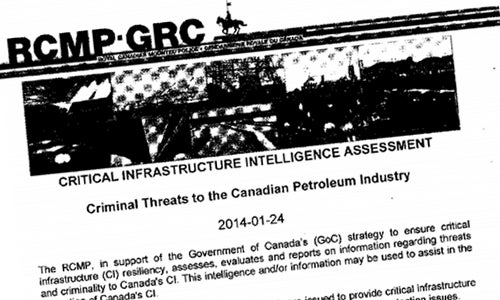 An internal Royal Canadian Mounted Police (RCMP) document (provided in full below) warns “violent anti-petroleum extremists” driven by an “anti-petroleum ideology” pose a criminal threat to Canada’s oil and gas industry. The document, reported by the Globe and Mail, reveals growing concern within the RCMP about opponents of pipelines or fracking and “violent aboriginal extremists,” suggesting they have the ability to incite criminal activity across the country. 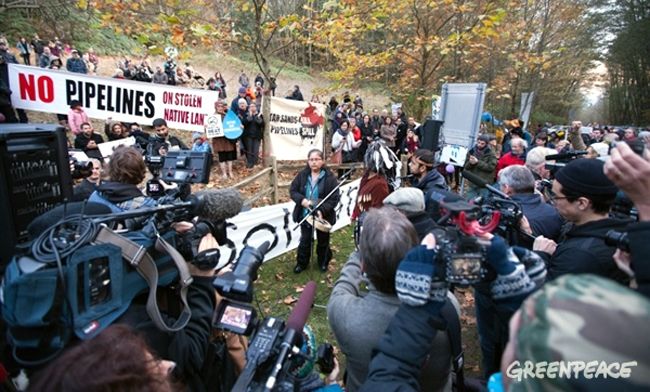 Yet representatives from Canada’s broad environmental movement say the document is another example of the Harper government’s efforts to criminalize legitimate civil dissent such as peaceful climate activism and pipeline opposition.

The RCMP intelligence report suggests growing opposition movements against pipelines should be seen and treated as criminal security threats although groups mentioned in the report are quick to point out the document fits into a much larger strategy, led by the Harper government, to beat back pipeline or oilsands opponents.

“This is absolutely the criminalization of peaceful protest,” Keith Stewart from Greenpeace Canada, one of the groups named in the document, said.

“The striking thing is that the U.S. has identified climate change as one of the greatest threats to national security, yet here in Stephen Harper’s Canada it is the people trying to stop climate change that are identified as the threat.”

Stewart pointed out that in 2012, the Harper government called people concerned about climate change “radicals” and “money-launderers.”

“And now we are being called ‘anti-petroleum extremists,’” Stewart lamented. 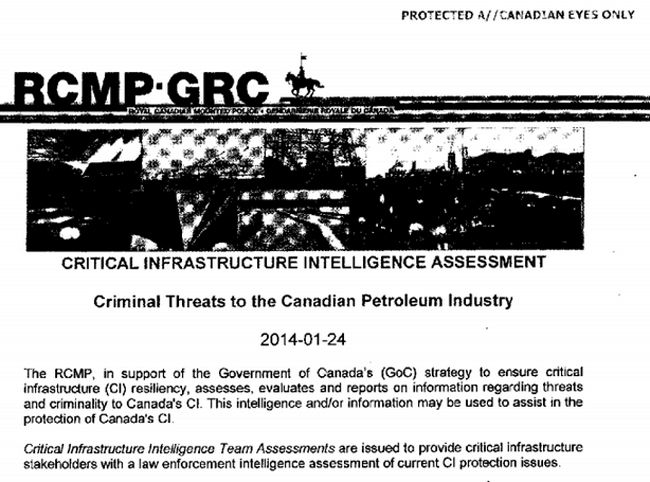 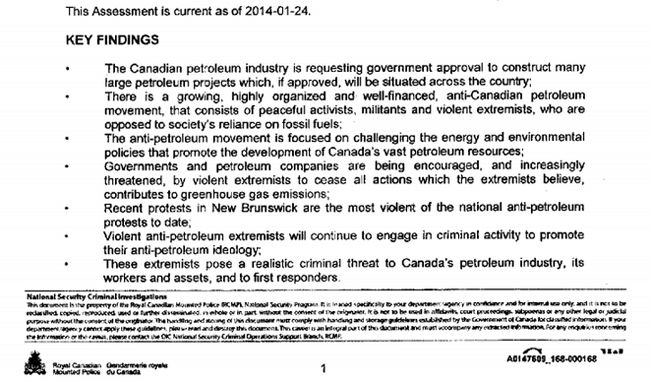 Stewart also pointed out the troubling “ideological” nature of the document. Its authors reference climate change as a “perceived environmental threat from the continued use of fossil fuels” that groups such as Greenpeace, Tides Canada and Sierra Club Canada have “an interest in drawing public attention to.”