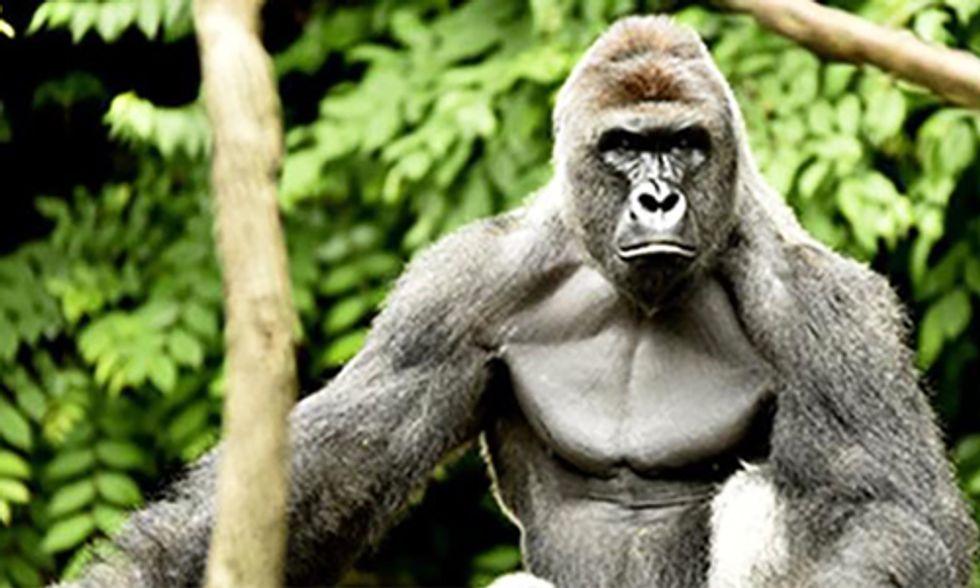 [Editor's Note: Leading primatologist Frans de Waal weighs in on the controversy surrounding the shooting and killing of a rare gorilla Saturday at the Cincinnati Zoo to save a 4-year-old boy that slipped into the animal's enclosure.]

I find it very hard to decide what the Cincinnati Zoo should have done in the case of the human toddler and Harambe, the silverback male gorilla. Seeing more of the videos, I got the impression that Harambe was mostly protective. He showed a combination of protection and confusion. He stood over the child, held him up, moved/dragged him through the water (at least once very roughly), stood over him again. Much of his reaction may have been triggered by public noise and yelling.

There was no moment of acute aggression, as also admitted by the zoo director. If the gorilla had wanted to kill the child, one bang of his fist would have done it. People have no idea of their superhuman strength. Yet, he didn’t perform any killing move. I should also clarify, since people on Facebook have said that gorillas are dangerous predators, that this is entirely wrong. A gorilla doesn’t look at a human child as something edible.

The species is not interested in catching moving objects, the way cats are. Lions or tigers are predators, but gorillas are peaceful vegetarians. They prefer a juicy fruit over a piece of meat any time of the day. The one thing that reliably makes a gorilla male mad is another male who enters his territory or gets too close to his females and young. Haramba surely knew that he was not dealing with competition, hence had no reason to attack. There are several previous cases of toddlers falling into gorilla enclosures, one at the Brookfield Zoo in Chicago and another at Jersey Zoo (UK). In both cases, the children survived the attention of the apes, in one case even receiving assistance from them.

At Rotterdam Zoo, a gorilla jumped the moat to get close to a woman who often visited and also here the incident ended without a gorilla death. So, why was Harambe shot? First of all, the zoo director did not have the benefit of the video by now seen by everyone on the internet. A decision like this needs to be taken in a matter of minutes: there is no time to hear different opinions or look at video evidence. Second, all alternatives had big IF’s attached to them. Caretakers could have distracted Harambe and get him to move away from the child (which I understood was tried to no avail).

They could have tried to lure him away with food or even have asked him to exchange the child for food (a process that apes understand very well). Another option might have been to tranquilize Harambe. But a tranquilizer dart sometimes upsets the target, which would have produced exactly the wrong reaction. None of these options offered a solid solution, one the director could count on.

It is a horrible dilemma. I am sure the zoo staff is devastated (even though activists often depict zoos as prisons, they are full of people who deeply care about and greatly respect animals) and I myself am devastated that such a beautiful primate was killed. It is a great loss for the species, but we also mourn the individual life of a primate who had done nothing wrong. At least, we can all agree that people should watch their children! A special petition is going around calling for the boy's parents to "be held accountable for the lack of supervision and negligence that caused Harambe to lose his life."

P.S. I have now seen an unedited video, which makes the situation look even worse because apart from the gorilla’s behavior, the water also poses a danger to the child. Watch the video here.