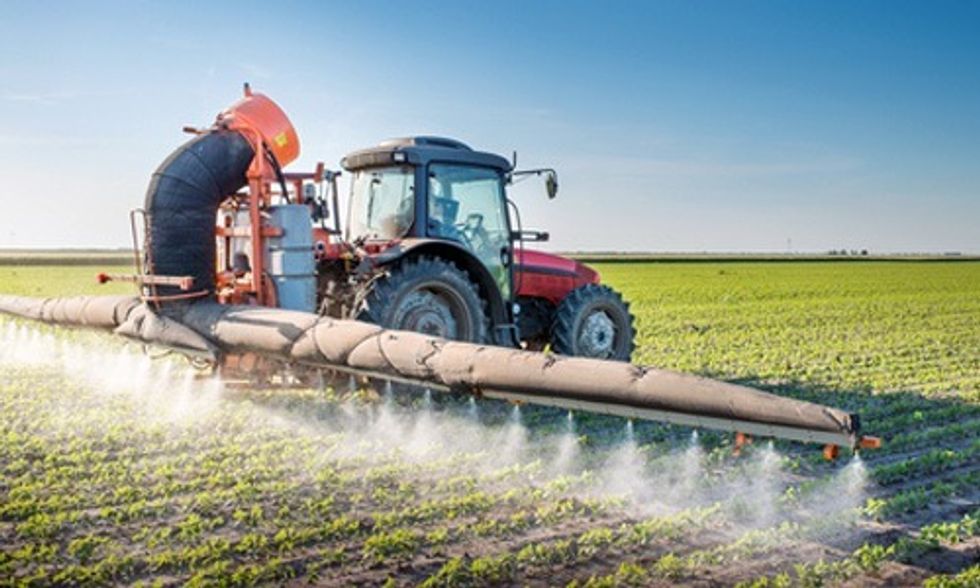 The decision by an organization of the world’s leading cancer experts to classify the herbicide 2,4-D as a possible carcinogen underscores the risk posed by the U.S. government’s recent approval of 2,4-D for use on genetically engineered, or GMO, crops.

“Since the federal government has failed to curb the overreliance of glyphosate and 2,4-D, mandatory GMO labeling is essential so that consumers can know whether they are buying GMO foods that rely heavily on these toxic herbicides.”
Photo credit: Shutterstock

The International Agency for Research on Cancer (IARC), a branch of the World Health Organization, said 2,4-D is “possibly carcinogenic to humans” because there is "strong evidence that 2,4-D induces oxidative stress that can operate in humans and moderate evidence that 2,4-D causes immunosuppression, based on in-vivo and in-vitro studies."

“We have known for decades that 2,4-D is harmful to the environment and human health, especially for the farmers and farm workers applying these chemicals to crops,” said Mary Ellen Kustin, senior policy analyst for the Environmental Working Group. “Now that farmers are planting 2,4-D-tolerant GMO crops, this herbicide is slated to explode in use much the way glyphosate did with the first generation of GMO crops. And we know from experience—and basic biology—that weeds will soon grow resistant to these herbicides, making GMO crop growers only more dependent on the next chemical fix.”

2,4-D is one of the two active ingredients in Enlist Duo, a toxic weed-killing cocktail marketed by Dow AgroSciences, which the U.S. Environmental Protection Agency recently approved for use in 15 states. The other herbicide in Enlist Duo is glyphosate, which the international cancer agency had previously classified as “probably carcinogenic.” Exposure to both chemicals has separately been linked to non-Hodgkin lymphoma.

When the EPA approved Enlist Duo for use on GMO crops, the agency did not consider the effects the two harmful defoliants may have on human health when mixed together.

Like glyphosate, 2,4-D has been linked to other human health dangers as well. Exposure to 2,4-D has also been associated with a higher risk of Parkinson’s disease, immune system problems and hypothyroidism.

“Because of the approval of Enlist Duo for use on GMO crops, we expect the use of 2,4-D to increase up to seven-fold by the end of the decade,” said Kustin. “Since the federal government has failed to curb the overreliance of glyphosate and 2,4-D, mandatory GMO labeling is essential so that consumers can know whether they are buying GMO foods that rely heavily on these toxic herbicides.”