Lead Exposure Linked to 412,000 Premature Deaths in U.S. Each Year 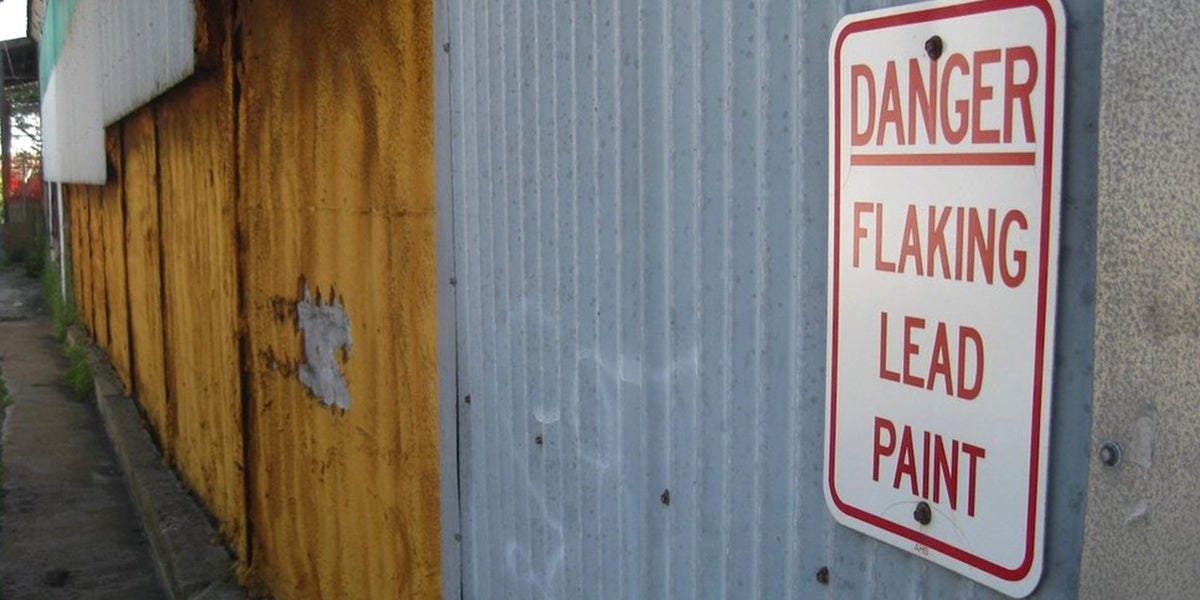 Lead was a common component in exterior and interior paints until federal regulations restricted the use of the toxic substance in the 1970s. Ben+Sam / Flickr

Up to 412,000 deaths a year in the U.S. can be attributed to
lead exposure, according to a new study published Monday in The Lancet Pubilc Health.

Of that figure, exposure to the
toxic metal may be an “important, but largely overlooked” risk factor behind the 256,000 annual cardiovascular disease deaths in the country, the authors found.

“Our study findings suggest that low-level environmental lead exposure is an important risk factor for death in the USA, particularly from cardiovascular disease,” the paper states. “It is not surprising that lead exposure is overlooked; it is ubiquitous, but insidious and largely beyond the control of patients and clinicians.”

New research from @TheLancetPH: Historical #lead exposure may be linked to 256000 premature deaths from #CVD in adults the #USA each yearhttps://t.co/vGWjsnEhQk pic.twitter.com/Pq73QokDOa

The researchers used data from the National Health and Nutrition Examination Survey to study the blood-lead levels of 14,289 people who were 20 or older between 1988 and 2011. Of the 4,422 people who died by the end of that period, those who had high lead levels (6.7 micrograms per deciliter) were at 37 percent greater risk of premature death from any cause and 70 percent times greater risk of cardiovascular death compared with people with lower lead levels (1.0 micrograms per deciliter).

Based on these risk levels, the authors estimated that up to 18 percent of all deaths every year in the USA (or 412,000 out of 2.3 million annual mortalities) would be among people who had levels of lead above 1 micrograms per deciliter. Further, an estimated 28.7 percent of premature cardiovascular disease deaths (256,000 out of 892000) could be attributable to lead exposure.

Additionally, the authors suggested the current proportion of deaths in adults aged 44 years or older could have been prevented if historical exposure to lead had not occurred.

“Today, lead exposure is much lower because of regulations banning the use of lead in petrol, paints and other consumer products, so the number of deaths from lead exposure will be lower in younger generations. Still, lead represents a leading cause of disease and death, and it is important to continue our efforts to reduce environmental lead exposure,” explained lead author professor Bruce Lanphear, from Simon Fraser University in Canada, in a statement.

“Our study calls into question the assumption that specific toxicants, like lead, have ‘safe levels,’ and suggests that low-level environmental lead exposure is a leading risk factor for premature death in the USA, particularly from cardiovascular disease,” Lanphear added.

In a press release, the authors noted some limitations to their research, “including that their results rely on one blood lead test taken at the start of the study and therefore cannot determine any effect of further lead exposure after the study outset. The authors were also unable to control for all potential confounding factors, such as exposure to arsenic or air pollution, which are also risk factors for cardiovascular disease.”