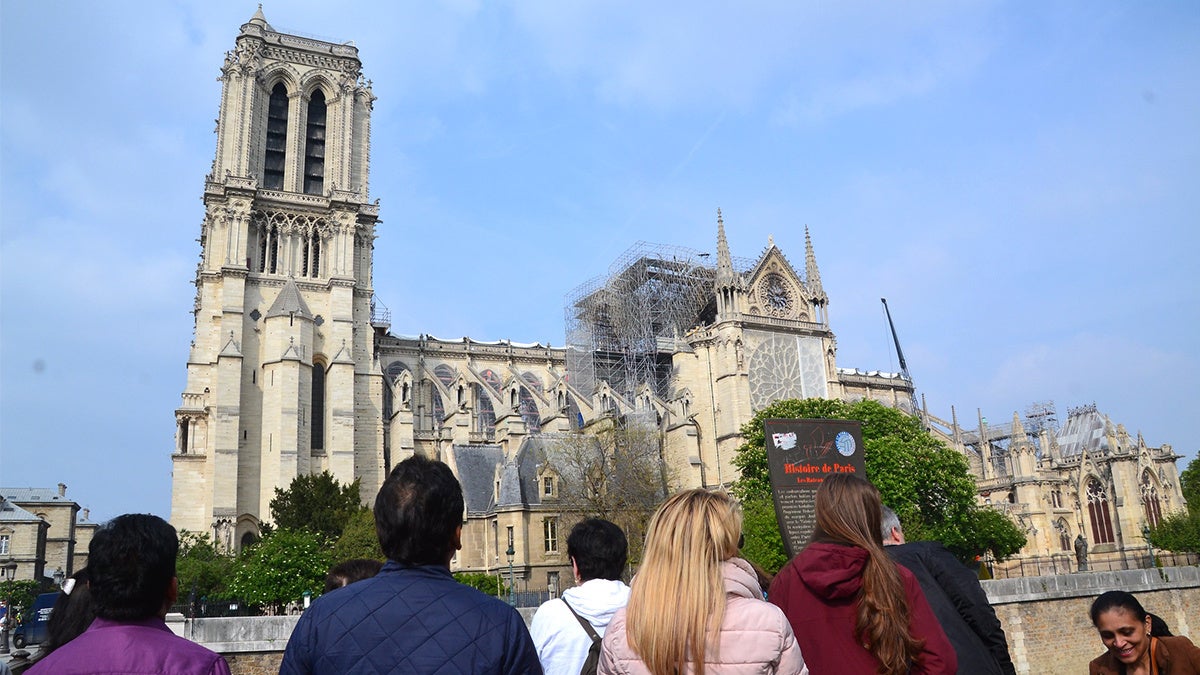 Paris officials sealed off the area around the Notre Dame Cathedral to remove lead particles that have settled after a devastating fire destroyed the iconic cathedral’s roof and spire in April.

After the April 15 blaze, tons of lead melted and dispersed to the surrounding area, landing on homes, shops, schools and the streets. On Tuesday morning, police closed off an area around the cathedral to vehicles and pedestrians while workers put up a barrier fence for the 10-day cleanup to begin. The nearby train station was also closed and buses were rerouted to avoid the cleanup site. It is a priority to make sure schools and day care centers are decontaminated before a new school term starts in September, according to The Guardian.

“After the melting of at least 300 tons of lead in the gables of the spire and in the roof, Notre-Dame de Paris is now a polluted site,” French environmental group Robin des Bois said in a statement, as CNN reported. “The cathedral has now become filled with toxic waste.”

The cleanup crews will use two decontamination techniques for the surrounding neighborhood on Ile de la Cité, according to the cultural ministry. One method will use high-pressure water hoses with chemical agents to remove lead debris. The other involves slathering an adhesive gel on benches, streetlights, mailboxes and other fixtures to absorb the lead. After the gel dries for several dies, experts then vacuum it up with the hope that it will remove all the lead. The project should take nearly three weeks to complete, as the AP reported.

The painstaking work of decontaminating and cleaning the cathedral was suspended on July 25 after concerns were raised about the safety of the workers. Activists and nearby residents accused Paris officials of underestimating the threat of lead poisoning, according to the AP. The break from work also allowed the workers to miss the crippling heat that set new high-temperature records at the end of July. The work will resume again next week with high temperatures predicted in the lower to mid-70s.

“Our priority is to foresee any risk that could affect employees working on the site,” Michel Cadot, the prefect, said in a statement, as CNN reported. “With new safety protocols and the delivery of two new decontamination units, the quality of lead decontamination of workers, machinery and equipment will be optimized. Thus, the site will continue to be safely ramped up.”

The threat of lead came to the forefront last week when Paris officials announced that a young boy needs monitoring since he is at risk of lead poisoning. So far, 162 children who live near Notre Dame have been tested for lead poisoning since the fire. From that cohort, 16, or nearly 10 percent, tested just shy of “at-risk” and warrant monitoring and future testing, according to Fox News.

“We have to realise that the 400 tons of lead that were spread corresponds to four times the lead emissions in the whole of France for a year,” said Annie Thébaud-Mony, research director at the National Institute for Health and Medical Research, as The Guardian reported. “Lead is as bad as asbestos in terms of poison. At the time of the blaze, the firefighters should have been better protected, in my opinion. The same goes for those who began work (on the cathedral).”

President Emmanuel Macron has set a five-year target to complete renovations on the 850-year-old cathedral.