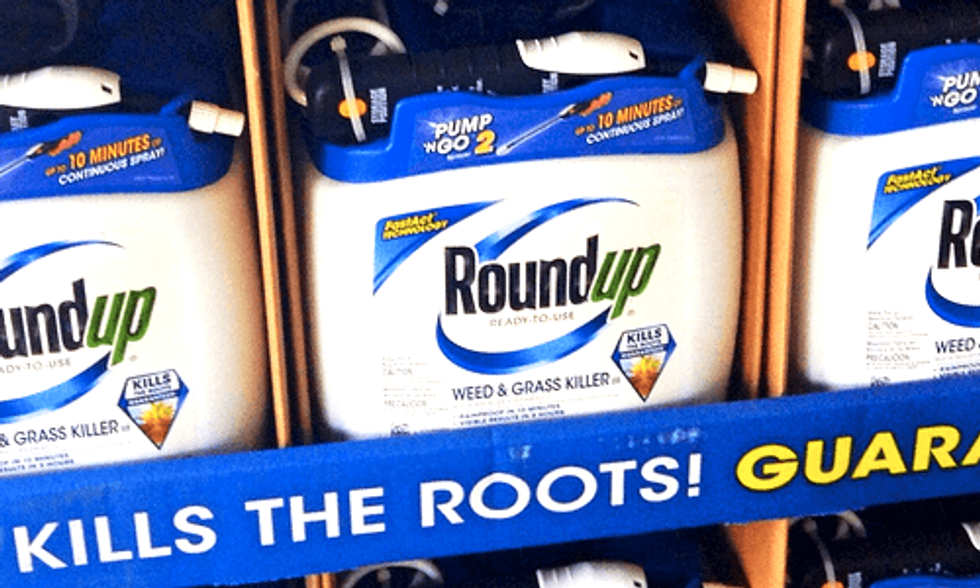 A new lawsuit was filed in Delaware Superior Court on Wednesday by three law firms representing three plaintiffs. According to Reuters, plaintiff Joselin Barrera, 24, a child of migrant farm workers, claims her non-Hodgkin lymphoma stemmed from exposure to glyphosate, the key ingredient in Monsanto's used weedkiller, Roundup. The other name on the suit, former migrant farm worker and landscaper Elias de la Garza, was also diagnosed with the same disease and has similar claims about the toxicity of the herbicide.

The new lawsuit is similar to Enrique Rubio v. Monsanto Company and Fitzgerald v. Monsanto Company, which were filed on the same day, Sept. 22, in Los Angeles and New York respectively. In these suits, former field worker Enrique Rubio (who has bone cancer) and horticultural assistant Judi Fitzgerald (who has leukemia) both claim that exposure to Roundup caused their diseases, and that Monsanto “falsified data” and “led a prolonged campaign of misinformation” to convince the public, farm workers and government agencies about the safety of the product.

The suits come after the World Health Organization's infamous report in March declaring that glyphosate was "probably carcinogenic to humans." Following that, in September, California’s Environmental Protection Agency issued plans to list glyphosate as known to cause cancer.

While EcoWatch was informed by Monsanto's spokeswoman Charla Lord that Fitzgerald's suit was "voluntarily dismissed without prejudice" in New York, yesterday we learned that the Fitzgerald case was added to the recently filed Delaware suit.

When EcoWatch contacted Weitz & Luxenberg, the law firm representing Fitzgerald, Robin Greenwald, the head of the firm’s environmental law unit, told us: “For clarification, we added Ms. Fitzgerald to a complaint we filed in Delaware. So we dismissed the suit in New York and refiled in Delaware state court, closer to her home and where Monsanto is incorporated.”

Monsanto has demanded a retraction of the WHO report and will “vigorously” defend itself against the lawsuits.

“Decades of experience within agriculture and regulatory reviews using the most extensive worldwide human health databases ever compiled on an agricultural product contradict the claims in the suit which will be vigorously defended,” Lord said last month.

It appears, however, more and more plaintiffs are lining up to make cases against the embattled agribusiness giant, which is facing slumping earnings and recently announced it will eliminate 12 percent of its workforce.

"We can prove that Monsanto knew about the dangers of glyphosate," Michael McDivitt, whose Colorado law firm is arranging cases for 50 individuals, told Reuters. "There are a lot of studies showing glyphosate causes these cancers."

His firm is advertising free case evaluations and hosted town hall gatherings in August in Kansas, Missouri, Iowa and Nebraska to seek clients.

According to Reuters, the attorneys are citing strong evidence that links glyphosate to non-Hodgkin lymphoma and said they will likely collaborate as mass tort actions against Monsanto.