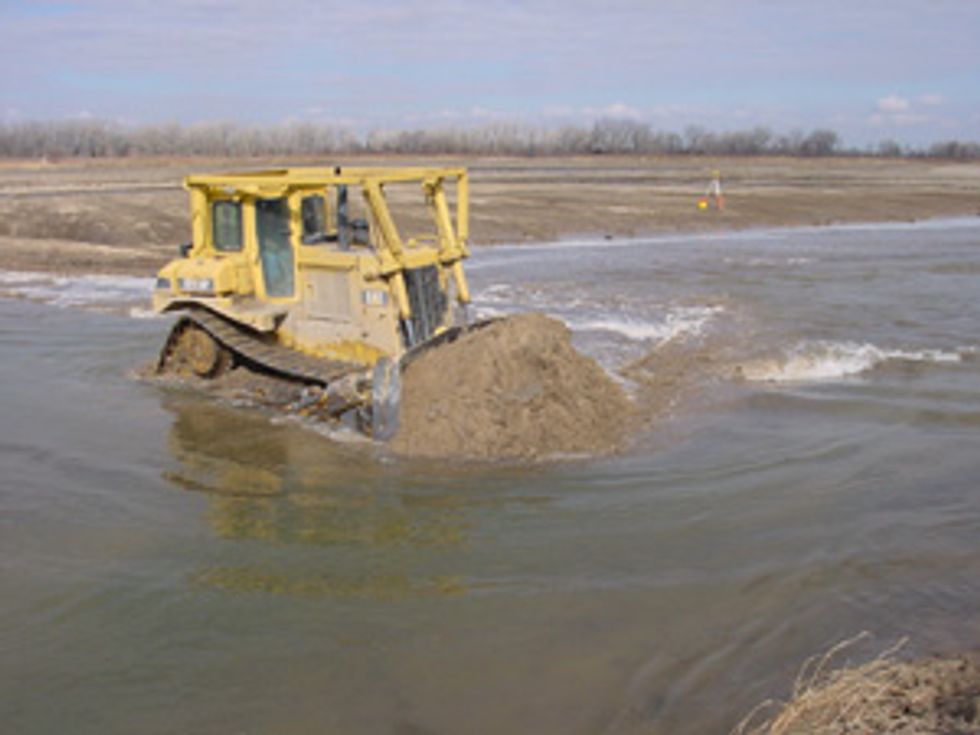 The Center for Biological Diversity sent a notice of intent Oct. 3 to sue Catron County under the Clean Water Act (CWA) for illegally bulldozing the San Francisco River. The center will seek full restoration of the disturbed areas and urge the court to impose on Catron County the statutory maximum federal fine of $37,500 per day per violation, which would be paid to the U.S. Treasury.

Catron County trespassed across private property in August to bulldoze 13.5 miles of the San Francisco River in the Gila National Forest without CWA permits or U.S. Forest Service approval. The bulldozer and other vehicles crossed or plowed through the river at least 47 times downstream of Reserve, N.M., within a national forest inventoried roadless area and through a stretch of river that is designated critical habitat for the federally threatened loach minnow.

“Catron County’s bulldozing of the San Francisco River was a deliberate attack on endangered species, the public’s national forests, federal environmental laws and private-property rights,” said Cyndi Tuell of the Center for Biological Diversity. “We’re not going to stand for it. The county needs to be held accountable.”

The CWA prohibits the discharge of pollutants into streams without a permit, and further prohibits the discharge of fill material into streams or wetlands without a permit. The center seeks to have Catron County comply with the CWA and complete full restoration of all damage and environmental harm caused by its unpermitted bulldozing. Should the county fail to do so in 60 days, the center will be free to file suit in federal court in order to seek court-ordered restoration and the payment of civil fines by the county to the federal government.

The bulldozing came just seven days after a press release issued by Rep. Steve Pearce (R-N.M.) in which he highlighted that sheriffs in counties that patrol the Gila will not enforce roadless rules or the Forest Service’s travel-management plan, which manages off-road vehicle use. Incidents of renegades destroying public lands and endangered species habitat are on the rise in New Mexico following calls by Pearce for counties to seize control of federal public land.

In response to the bulldozing, the Forest Service sent Catron County a letter prohibiting further activities in the river and outlining potential violations of other federal laws such as the Endangered Species Act, National Historic Preservation Act, Archeological Resources Protection Act, Native Graves Protection and Repatriation Act, in addition to violating the CWA.