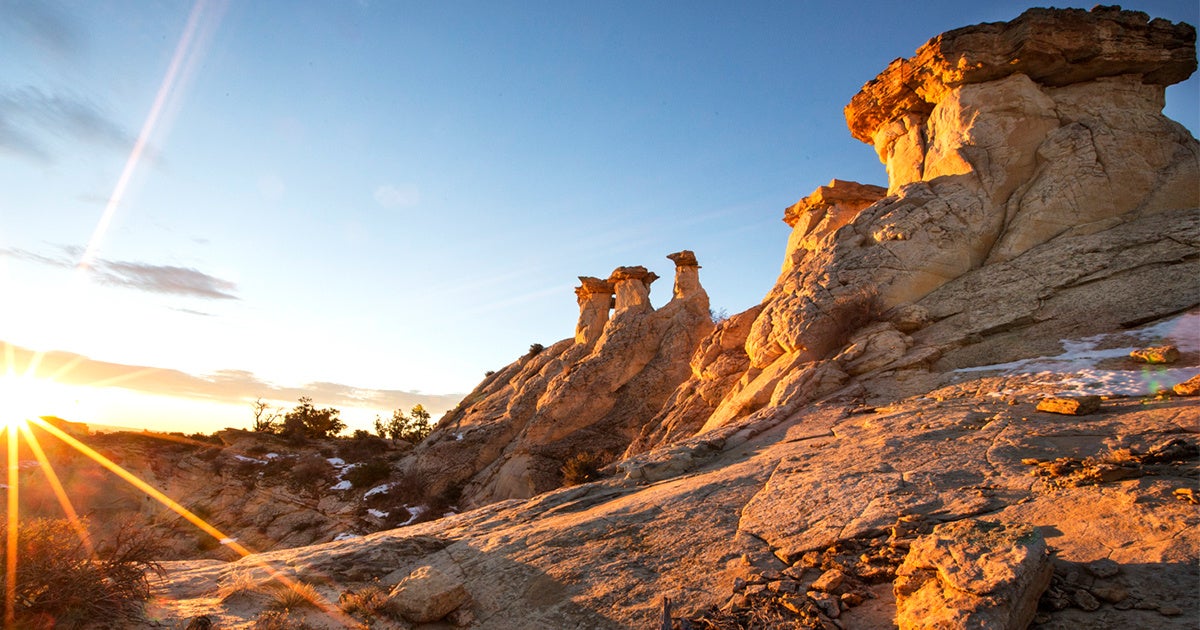 Hours after President Donald Trump issued a proclamation taking an axe to Grand Staircase-Escalante National Monument in Utah on Monday, conservation organizations filed a lawsuit attacking the order as an abuse of the president’s power.

Earthjustice is representing eight organizations in a suit charging that the president violated the 1906 Antiquities Act by stripping monument protections from this national treasure: The Wilderness Society, the Grand Canyon Trust, the Sierra Club, Defenders of Wildlife, Great Old Broads for Wilderness, Center for Biological Diversity, WildEarth Guardians and Western Watersheds Project. The Southern Utah Wilderness Alliance and Natural Resources Defense Council are co-plaintiffs in the lawsuit and represented by in-house counsel.

“If the Trump administration thinks Grand Staircase-Escalante can be sold out without a fight, they’re in for a huge surprise,” said Jamie Rappaport Clark, president and CEO of Defenders of Wildlife.

The Grand Staircase-Escalante contains dinosaur fossils found nowhere else in the world. Since its designation, 21 new dinosaur species have been unearthed by scientists in the monument, leading some to call these lands a “Dinosaur Shangri-la,” and a “geologic wonderland.” Grand Staircase holds one of the richest collections of fossils from the Late Cretaceous Period, which gives scientists and the public alike an unparalleled window into the dinosaurs that lived in these lands 10 million years ago. In mid-October, scientists airlifted one of the most complete tyrannosaur skeletons ever found out of Grand Staircase. These fossils are largely found in the Kaiparowits Plateau, where the coal industry has long coveted access for coal mining that would wreak havoc on this dinosaur treasure trove that belongs to the American people.

“President Trump has perpetrated a terrible violation of America’s public lands and heritage by going after this dinosaur treasure trove,” said Heidi McIntosh, managing attorney in Earthjustice’s Rocky Mountains office. “While past presidents have used the Antiquities Act to protect unique lands and cultural sites in America, Trump is instead mangling the law, opening this national monument to coal mining instead of protecting its scientific, historic and wild heritage. We will not let this stand. We will use the power of the law to stop Trump’s illegal actions.”

Trump’s executive order to revoke and replace Grand Staircase-Escalante National Monument came on the heels of a review conducted by Interior Sec. Ryan Zinke. More than 2.7 million Americans voiced their support for national monuments across the country, and public participation in the comment period was overwhelmingly in favor of keeping these public lands and waters protected just as they are.

“Despite the call for public comments, Trump never cared that we, the public, wanted him to keep his hands off our monuments,” said Chris Krupp, public earth guardian at WildEarth Guardians. “He’s not concerned with those of us that camp, hike, fish and hunt. He’d rather give another handout to oil, gas and coal companies.”

“The Trump administration’s effort to sell out our public lands is deeply unpopular and goes against American values,” said Michael Brune, executive director of the Sierra Club. “We will work to ensure our lands and waters remain open to the public and protected for future generations to explore and enjoy.”

President Bill Clinton protected the lands of Grand Staircase as a national monument on Sept. 18, 1996 using the Antiquities Act, a century-old law that has been used by 16 presidents since Theodore Roosevelt to protect some of our nation’s most cherished landscapes and cultural heritage. Congress enacted the law in 1906, granting presidents the authority to create national monuments on federal lands to protect significant natural, cultural, historic or scientific features. The Antiquities Act does not, however, grant presidents the authority to diminish or rescind the monument designations of their predecessors.

“President Trump is attempting an unauthorized remodel of the Grand Staircase, knocking out not only geologic steps but cornerstones of the evolution of species, human history, and our cultural heritage as well,” said Tim Peterson, Utah Wildlands program director with the Grand Canyon Trust.

“Grand Staircase is a cradle of biodiversity and losing even an acre would be a crime,” said Taylor McKinnon of the Center for Biological Diversity. “Scientists have identified nearly four dozen new species of butterflies here. We must protect this monument’s wildlife, stunning landscapes and cultural treasures for future generations. Trump and the fossil-fuel industry have picked the wrong battle.”

After President Clinton designated Grand Staircase, an intricate land swap between the state and federal government was completed. Congress passed legislation modifying the monument’s boundaries in 1998 and then approved a land swap in which the state of Utah received 145,000 acres of mineral-rich federal lands and $50 million from the federal treasury. That $50 million has since gone to support Utah’s public schools, and the swap would be incredibly difficult to unravel. The Utah School and Institutional Trust Lands Administration established the Land Exchange Distribution Account to dole out the proceeds from these state-federal trades. At least 27 Utah counties have since received a total of $441 million.

Grand Staircase-Escalante has proven a tourism and economic boon for Southern Utah since its designation. Between 2001 and 2015, the population in the two counties bordering Grand Staircase grew by 13 percent, jobs increased 24 percent and real personal income grew 32 percent. Travel and tourism boomed in the region, offering 1,630 jobs around Grand Staircase. In the big picture, recreation from adventure-seekers, hikers, amateur geologists and families simply getting outdoors now funnels more than $12 billion into Utah’s economy.

“I’m a resident of Kanab, and there are a lot of local businesses that are completely dependent on tourism related to Grand Staircase-Escalante,” said Laura Welp of Western Watersheds Project, and a former Bureau of Land Management botanist at Grand Staircase-Escalante National Monument. “The entire ‘staircase’ of spectacular geological layers, with its world-class fossil resources, deserves to be protected intact from the threat of coal mining and other types of commercial exploitation.”

“Americans from across the nation should be outraged by President Trump’s unlawful attempt to eviscerate the Grand Staircase-Escalante National Monument, one of our country’s wildest and most scientifically significant federal public landscapes,” said Stephen Bloch, legal director for the Southern Utah Wilderness Alliance, Utah’s largest conservation organization. “No one will look back on this decision in 15, 25 or 50 years and say Trump did the right thing by protecting less of this magnificent place. And by promoting this illegal act, Utah’s parochial congressional delegation and local politicians have firmly come down on the wrong side of history.”