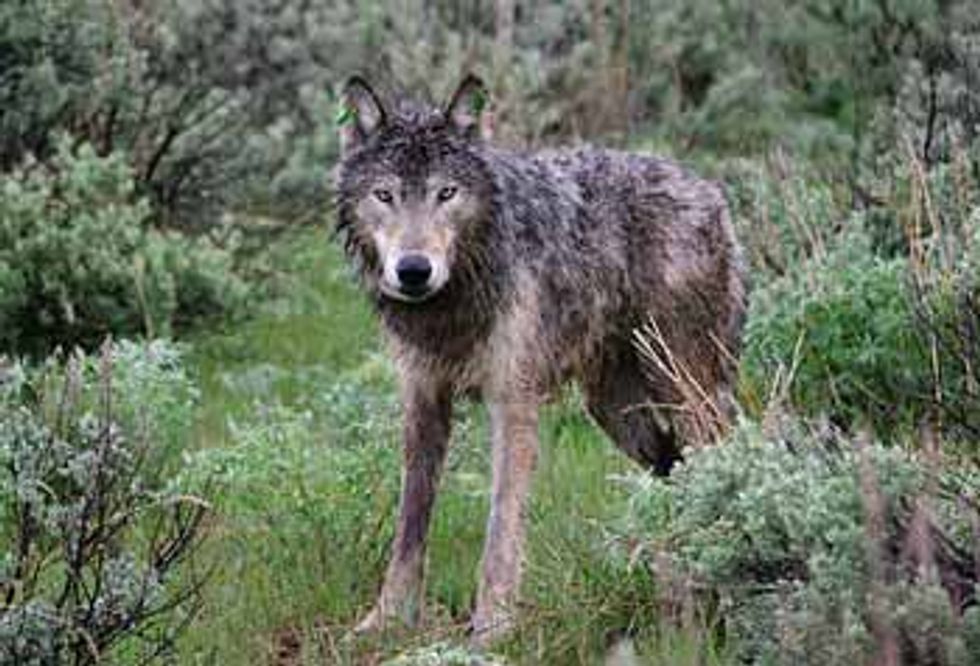 Three conservation groups went to court Oct. 5 to stop the Oregon Department of Fish and Wildlife from killing the alpha male and another wolf from the Imnaha Pack. The agency’s proposal to shoot these wolves would leave only the alpha female and one pup born this year to fend for themselves this winter. Conservationists are also calling on Gov. John Kitzhaber to call off the hunt for the wolves—one of whom wears a radio tracking collar—until the issue is resolved.

The legal challenge argues that the state’s wolf management plan is inconsistent with its Endangered Species Act. Plaintiffs in the case include groups that formerly supported the wolf plan, but now believe the state wildlife agency is abusing its authority to kill wolves while downplaying portions of the plan that require livestock operations to adopt non-lethal alternatives to shooting wildlife.

“With this court case, we hope to save Oregon’s Imnaha Pack,” said Josh Laughlin, campaign director of Cascadia Wildlands. “Killing the alpha male and another of the pack’s four members by the Oregon Department of Fish and Wildlife is inconsistent with the state’s Endangered Species Act and demonstrates extreme disregard for Oregon’s recovering native wildlife.”

The Sept. 23 kill order was not the first time the state authorized killing of wolves in Oregon. In 2009, the state sanctioned an order that led to the killing of two wolves in Baker County. The agency planned to kill two Imnaha Pack wolves in 2010, but was stopped by a court challenge from the same conservation groups opposing this latest kill plan.

Earlier this year, wolves lost federal Endangered Species Act protection by a congressional budget rider, and soon after, the Oregon Department of Fish and Wildlife killed two additional wolves in response to a series of livestock losses blamed on the Imnaha Pack. Following those killings, some members of the pack dispersed, leaving just four members, which are now under threat by the most recent kill order. Under the state wildlife agency’s management, Oregon’s wolf population has dropped from 21 to 14 this year due to lethal control, poaching, dispersal and the accidental killing of a young female by Oregon Department of Fish and Wildlife staff.

“Oregon has issued an execution order for the state’s first wolf pack in more than 60 years,” said Noah Greenwald, endangered species director with the Center for Biological Diversity. “Killing these wolves will stymie wolf recovery in Oregon. There’s no evidence that killing these wolves will reduce livestock mortality or increase tolerance of wolves.”

Some of the groups involved in the lawsuit had originally supported the management plan as a compromise because it required landowners to adopt nonlethal measures before lethal control could be carried out. The groups, however, have become increasingly frustrated by the wildlife agency’s willingness to shoot wolves in response to political pressure from powerful livestock interests, including the Oregon Cattlemen’s Association.

“Under the wolf plan, shooting endangered wolves was supposed to be the last resort, not the first option whenever a cow goes missing,” said Steve Pedery, conservation director for Oregon Wild. “We worked hard to develop a wolf plan that balanced wildlife conservation with the legitimate interests of ranchers, but the Oregon Cattlemen’s Association and other anti-wildlife groups are refusing to honor their end of the bargain.”

When the Oregon Department of Fish and Wildlife took public comment on the management plan in 2010, the overwhelming majority of comments favored increased protection for Oregon’s fragile wolf population. The Imnaha pack is the first wolf pack to re-establish itself in Oregon after a 60-year absence and is one of only three packs known to exist in the state today. Wolves have migrated back into the state from Idaho after gray wolves were reintroduced in 1995 and are currently protected under the Oregon Endangered Species Act.