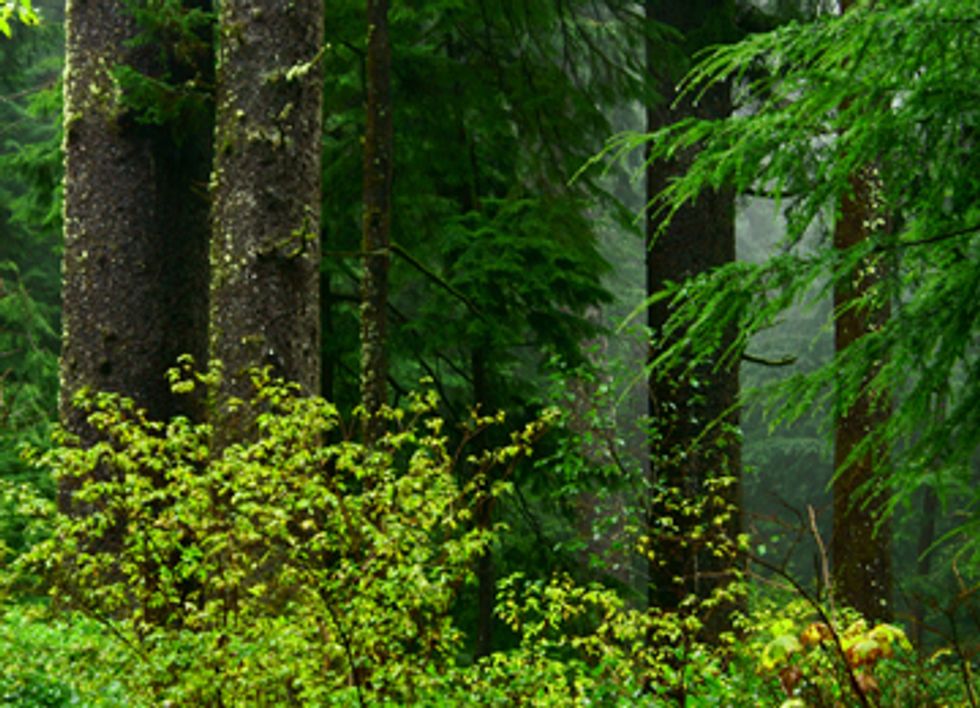 Three conservation groups filed a lawsuit earlier this week against the U.S. Fish and Wildlife Service and the National Marine Fisheries Service for approving a 50-year plan by Fruit Growers Supply Co. to accelerate logging of occupied spotted owl habitat and for granting “take permits” for endangered species on 150,000 acres of forest in Siskiyou County, CA. The agencies approved a “habitat conservation plan” for Fruit Growers Supply Co. that continues a history of overharvesting, allowing the company to log thousands of acres in the next 10 years in exchange for promised future habitat improvements that are highly uncertain. Included in the plan is approval to “take,” that is, harm or kill, more than 80 northern spotted owls that are protected by the Endangered Species Act.

“Fruit Growers’ 50-year plan targets endangered species and the forests that sustain them in the first 10 years in exchange for 40 years of empty promises to do good after the habitat and the species are gone,” said George Sexton, conversation director of the Klamath-Siskiyou Wildlands Center. “The plan fails rare species and is a big step backwards for healthy forests and rivers in Northern California.”

Under the Endangered Species Act, habitat conservation plans allow corporations to harm or even kill endangered species, but only when the plan limits that harm as much as possible and includes concrete and certain measures that provide additional protections for listed species. The logging plan for Fruit Growers Supply Co. instead encourages immediate forest liquidation in the first decade of implementation. Many of the promises for long-term habitat protections after the forests are logged, however, are either vague or non-binding, and in no way solve the problems the logging would create. Both the California Environmental Protection Agency and the California Regional Water Quality Control Board have criticized the plan for allowing further degradation of water quality in an area already out of compliance with the Clean Water Act.

“The math on this plan simply doesn’t add up. Old-growth forests that take hundreds of years to grow can’t be replaced in 50 years,” said Tim Ream, an attorney at the Center for Biological Diversity. “These irreplaceable Northern California forests and the wildlife that lives in them need to be preserved, not sold off for vague promises of improvements that may never happen.”

The habitat conservation plan acknowledges impacts to Northern California Coast coho salmon, listed as threatened under the Endangered Species Act, as well as impacts to Upper Klamath chinook and Klamath Mountains Province steelhead. It also allows up to 83 northern spotted owls to be harmed or killed—nearly half the owls believed to live in the area.

“The reason these species are threatened with extinction in the first place is a century of unsustainable logging and road-building, with little regard for salmon, water or wildlife,” said Kimberly Baker, executive director of the Klamath Forest Alliance. “We need the federal government to do its job. Enforce the Endangered Species Act and protect these species before it is too late.”

The land at risk is located between Weed, CA, and the Oregon border, on both sides of Interstate 5, mostly in Siskiyou County, populated by Douglas fir, white fir and montane hardwoods. The Klamath and Scott River watersheds would be particularly hard hit by the logging.

The conservation organizations are represented by the nonprofit Washington Forest Law Center and the Western Environmental Law Center.