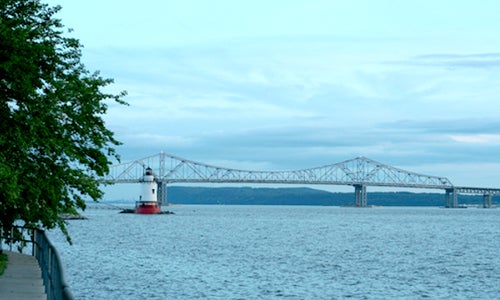 Riverkeeper, Waterkeeper Alliance and Environmental Advocates of New York announced today that they have filed a lawsuit in the New York state supreme court against New York state officials and agencies, looking to stop the state from using federal Clean Water Act funds for the Tappan Zee Bridge project. Those charged include the New York State Department of Environmental Conservation, Environmental Facilities Corporation, Thruway Authority and Public Authorities Control Board, as well as approximately 18 board members and executives of these agencies. 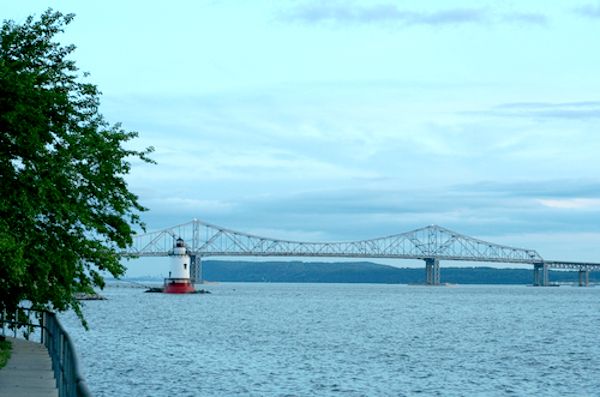 Environmental groups—and the EPA—say rebuilding the Tappan Zee Bridge over the Hudson River is not a legitimate use of Clean Water Act funds.

The project was not only approved by the U.S. Environmental Protection Agency (EPA), but in a Sept. 16 letter, the EPA rejected $482 million of this loan, saying, “Construction activities arising from transportation projects do not advance water quality, and CWSRF funding should not be used for these purposes.” The environmental groups want a court order to enforce the EPA decision and prevent similar improper diversion of funds in the future, since the state is claiming it doesn’t need EPA approval to divert these funds.

“The EPA took an important step in disallowing the brunt of this loan,” said Paul Gallay, president of Riverkeeper, which has been monitoring the Tappan Zee project for six years and pressuring the state over poor dredging practices and inadequate monitoring of endangered species, as well as improper funding. “However, Albany has vowed to appeal EPA’s decision. The surest way to protect this vital funding source for its intended purpose is to make sure the court has jurisdiction to enforce the Clean Water Act as necessary.”

“We were deeply disappointed to learn of the state’s plan to divert federal Clean Water Act funding for a major construction project that certainly won’t improve water quality,” said Waterkeeper Alliance executive director Marc Yaggi. “Allowing this misuse of funds could set a dangerous national precedent spurring other states to raid federal monies designed to give us clean water. In the vernacular of this holiday season, the state’s economic trick isn’t a treat for our waterways and communities.”

The environmental groups are not just concerned about the money being diverted, but the process used to do so.

“EPA did not make any findings in its ruling with respect to the grossly illegal process the state utilized when it fast-tracked the approvals of these loans without public input,” said Daniel E. Estrin of the Pace Environmental Litigation Clinic, which is handling the lawsuit. “We cannot and will not stand by and allow the state to steal from the public its statutory and regulatory rights to participate in the CWSRF decision process, which are expressly guaranteed under federal and state law.”

The litigants pointed out that while the state wants to use funds for bridge demolition and construction, New York’s water needs are being ignored. They point out that on the same day this past June that the state Environmental Facilities Corporation voted unanimously to approve the Tappan Zee funding, there were two water main breaks in Syracuse that shut down streets and left city residents without water.

“This program has done tremendous work for decades, including helping communities right here in New York to upgrade and protect residents from outdated sewage systems and other infrastructure problems,” said Peter Iwanowicz, executive director of Environmental Advocates of New York. “Communities across the state are in desperate need of funding for water infrastructure improvements and the Cuomo administration should be working with the EPA to develop the funding plan necessary.”