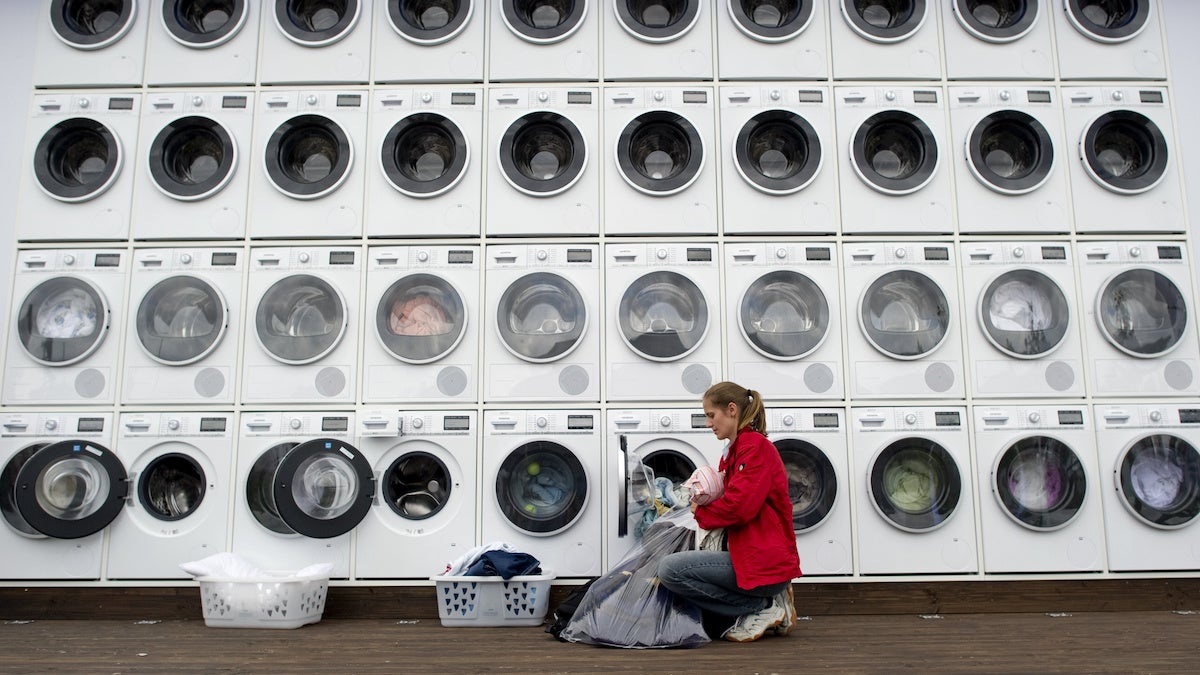 An estimated 14,000 tons of microfibers sloughed off of soiled laundry is believed to be released into European oceans every year. ODD ANDERSEN / AFP via Getty Images

An estimated 14,000 tons of microfibers sloughed off of soiled laundry is believed to be released into European oceans every year, further contributing to microplastic pollution with a threat of becoming a “significant environmental issue.”

That amounts to about two garbage trucks every day, new research suggests.

Many synthetic clothes, linens, and households textiles are made with petroleum-based products like plastic. When these are laundered in a washing machine, microscopic pieces fragment and break down before being flushed into wastewater systems that ultimately enter rivers, waterways and world oceans. A new forensic analysis published in PLOS ONE suggests that an average of 114 milligrams of microfibers — defined by a fine strand of synthetic fiber with a diameter fewer than ten micrometers — is released for every two pounds of fabric washed during a standard cycle.

However, researchers at Northumbria University say that microfiber contamination could be cut by nearly one-third if people choose to wash at cooler, faster cycles — an annual amount of over 4,000 tons.

“This is the first major study to examine real household wash loads and the reality of fiber release. We were surprised not only by the sheer quantity of fibers coming from these domestic wash loads but also to see that the composition of microfibers coming out of the washing machine does not match the composition of clothing going into the machine, due to the way fabrics are constructed,” said John R. Dean, professor of analytical and environmental sciences at Northumbria University.

“Finding an ultimate solution to the pollution of marine ecosystems by microfibers released during laundering will likely require significant interventions in both textiles manufacturing processes and washing machine appliance design.”

The team, led by university researchers joined with laundry detergent companies, turned to forensics expert Dr. Kelly Sheridan whose work has been employed on murder investigations analyzing small, microscopic fibers left behind at crime scenes. Scientists employed similar technologies and ensured that cross contamination from other sources didn’t occur. Using a spectroscope and microscope, the team was able to examine the structure and composition of microfibers released from clothing to then weigh and characterize those released in each load.

Larger wash loads were shown to decrease the release of microfibers because of the ratio of water to the fabric. As such, people should fill — not overfill — their washing machines to around three-quarters. A 30 percent reduction of microfiber release was observed when launderers used a half-hour wash cycle at 86 degrees Fahrenheit compared to the standard 85-minute cycle with a water temperature at 104 degrees Fahrenheit. Newer clothes were shown to release more microfibers than older clothes, particularly during the first eight weeks. Additionally, fibers made from plant and animal fibers degraded more quickly than those from synthetic fabrics.

Consumer choice can have a “significant impact” on decreasing pollution caused by microfibers when making informed decisions in how they do laundry and the products that they purchase, the researchers conclude. Though such choices will not eliminate the issue, they may “achieve a meaningful short-term reduction” in harmful environmental pollution.