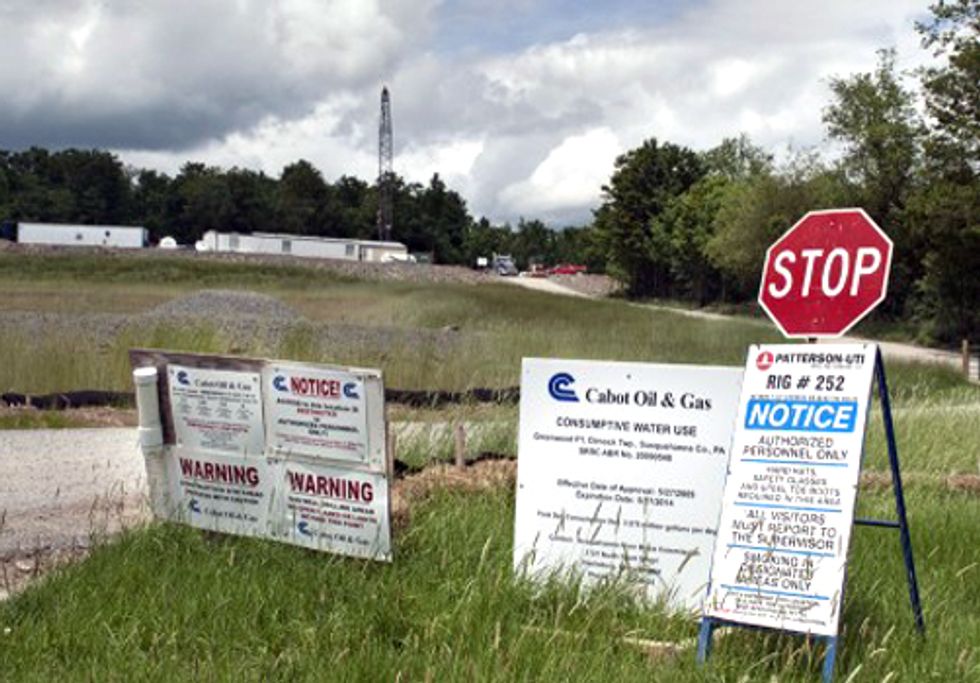 Last week, Cuomo's State Health Commissioner, Dr. Nirav Shah, announced that he needs more time to review fracking's health impacts, meaning that the state's current proposed fracking regulations will expire on Feb. 28. Any future plans for fracking now depend on how the health issue comes out, which may take as much as a year or more to determine, according to some observers.

The Cuomo administration is taking a closer look at how fracking would affect our health and our communities because he—along with hundreds of thousands of his constituents—realized it was the right thing to do. In the end, whether you love fracking or hate it, you should be glad this happened.

Contrast the situation in New York with what's gone on elsewhere in America. Over the past five years, 20 different states rushed to embrace fracking.

Fracking companies drilled more than 26,000 wells in the past two years alone, increasing domestic gas production but with serious side effects like depletion of underground water supplies and heavy-duty industrialization of formerly rural areas, which will harm local tourism and agriculture.

But the biggest problem with fracking is the risk it poses to our health. Fracking operations have forced families to abandon their homes after their drinking water was poisoned. Airborne pollution has spiked as well—fracking spews more smog-producing chemicals into the air around Dallas/Ft. Worth than all of the area's cars, trucks and buses combined.

While his final recommendations won't be out until March, Dr. Shah has already written New York's environmental commissioner, Joe Martens, to warn that there are major gaps in our understanding of how fracking impacts human health, adding that the first national health studies on fracking are just now starting.

“Other states," Commissioner Shah reminds us, “began serious health reviews only after proceeding with widespread [fracking]." In Shah's view, “that is not the right approach for New York to take if we are serious [about] public health … "

Some have said that if fracking is good enough for President Obama, it should also be good enough for Governor Cuomo, but you don't have to look too hard to see why Cuomo's on the right track here. For example, Dr. Christopher Portier, director of the federal Center for Environmental Health, asserts that fracking has been a “disaster" in some communities and Portier, like Shah, admits that we lack much of the basic information needed to know whether it can be done safely.

New Yorkers should thank Cuomo, Shah and Martens for pulling us back from the brink of an ill-informed decision to start fracking. Remember—sub-prime mortgages looked great for a few years, until they proved disastrous. Same thing with asbestos and PCBs.

So, what turned the tide on fracking in New York? Everyday New Yorkers—many of whom had never gotten involved in an environmental fight in their lives—joined with family physicians, green groups, local politicians and others to make the case and expose the misinformation about fracking, and Cuomo listened. They uncovered evidence that fracking not only puts public health at risk, it may even drive down a community's long-term economic growth, educational attainment and ability to attract investment. Most recently, they helped call attention to federal studies showing that fracking releases so much methane into the atmosphere it may actually cause more climate disruption than coal or oil.

So, even if you think fracking should happen, don't knock Cuomo for hitting 'reset.' He's following the facts, which raise real concerns—shared by a growing multitude of public officials, academics and health professionals—that we don't really know how seriously fracking affects human health or the environment.

Years from now, New Yorkers will be glad Governor Cuomo decided to take a hard look at fracking instead of rushing to embrace this dangerous new form of drilling before its health and environmental impacts were fully understood.