Last Day of Climate Talks—Will Anything Be Accomplished? 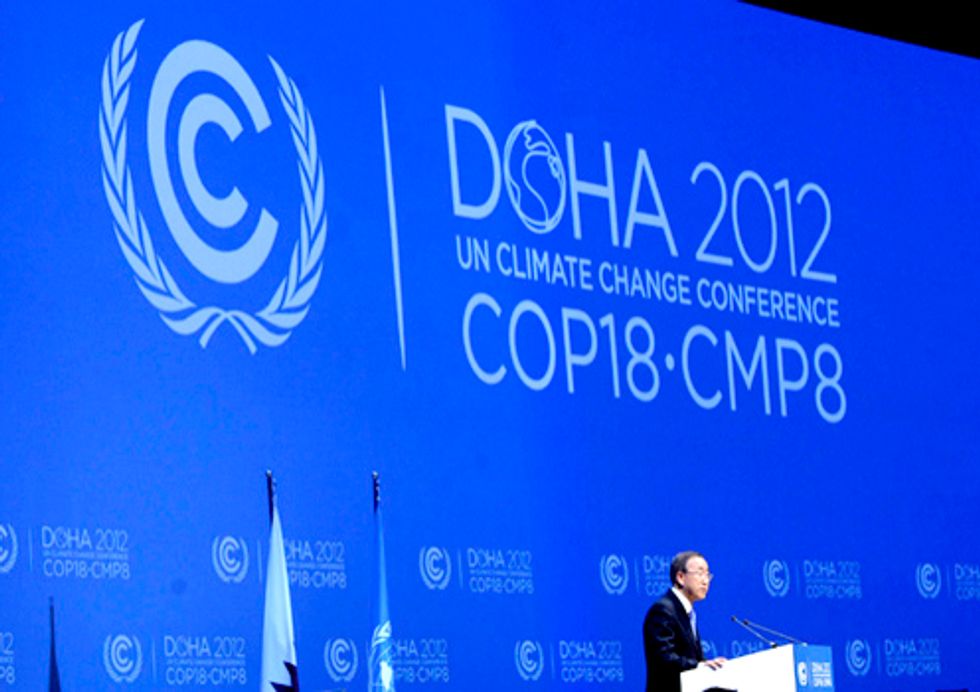 Today we begin the final day (hopefully) of the global warming negotiations in Doha. A lot of delegates are talking about it going into Saturday as the meeting is being poorly handled by the host country Qatar. Unfortunately the leadership of the host country plays a critical role as we witnessed with the excellent leadership of Mexico that helped deliver a solid agreement in Cancun. It can all come together in Doha as this meeting is supposed to set the stage for stronger international action in the years to come (not finalize those details). Will it?

The key issues are coming down to crunch time.  How will these issues get resolved in the final hours?

Will countries finalize the second round of the Kyoto Protocol? There are still some differences, but countries came into this meeting knowing that it was the main political fight so they have had a year to try to find a compromise. Ministers have been tackling this issue since early in the week so clearly the “big guns” have been focused on this intensely.

Will countries wrap-up the small number of loose ends from previous rounds of negotiation? In Cancun and Durban countries agreed to specific mitigation commitments, a new multilateral financial tool, greater transparency and accountability requirements, tools to help developing countries tap into clean energy technologies and support to strengthen the resilience of the most vulnerable countries. These are important tools that can now be fully implemented as Doha has already finalized key outstanding issues.

Unfortunately, poor leadership by the Saudi Arabian chair has led to a mess. The negotiating text should have been cleaned up days ago with only a small number of issues punted to Ministers. Instead negotiators were working late last night and into the morning to try to clean up the text.

Ministers need to quickly “sweep up” all the elements that are ready for prime time and translate them into the final agreement. No time for dithering.

Financing future investments to spur clean energy deployment, deforestation reductions and adaptation in developing countries? In Copenhagen countries pledged $30 billion between 2010-2012 ($10 billion per year). In the face of a huge economic downturn and budget cuts, developed countries have met that commitment. There is some quibbling about the shape of that money and what should count, but it is clear that large amounts of money have been mobilized to help developing countries reduce emissions and combat the impacts of global warming. That is great news given that $10 billion per year is orders of magnitude more than had been mobilized in the previous years.

Now countries are trying to agree on a signal that this level of commitment won’t drop off the “climate fiscal cliff." A number of countries have outlined that they’ll continue investing in these actions with commitments from Germany, UK, France, Sweden and other European countries. Will more come forward?

Will more countries come forward with commitments to cut their global warming pollution? The Dominican Republican announced that they’ll cut their emissions 25 percent below 2010 levels by 2030. This commitment is already enshrined in their domestic law. They should be applauded for stepping forward with a clear commitment to help address global warming.

After Doha will countries focus on how to secure even stronger action by 2015? Countries began the negotiations on the new “legal agreement” to be agreed by 2015. These discussions are still at a very early stage, but countries began to set the right tone for that negotiation. Those discussions were surprisingly uncontroversial. No country backslid from the agreement in Durban.

There are some minor issues left before this can be agreed in Doha, but assuming the rest of the issues get resolved countries will leave Doha focused on how to secure even greater international action.

It hasn’t come together yet, but it still can.