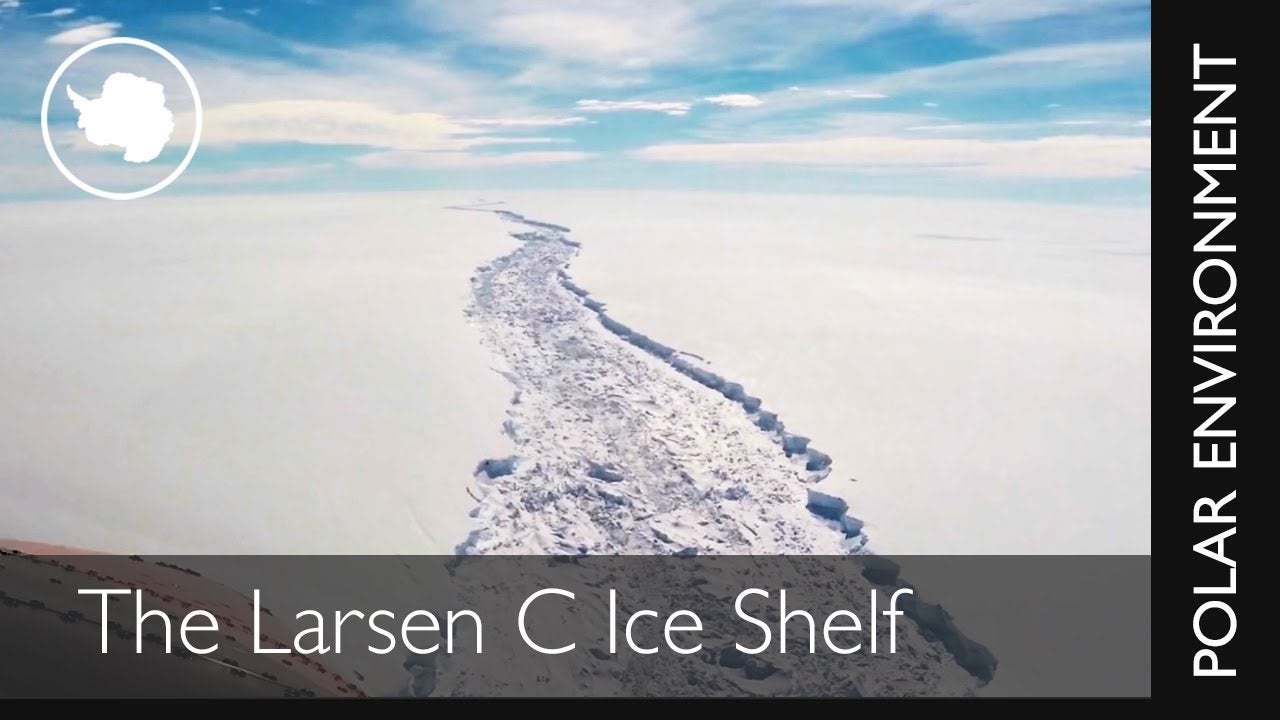 Any day now we will truly witness climate change in action. Within days at worst, maybe weeks at best, scientists predict that a huge section of the Larsen C ice shelf in Antarctica will break off into the ocean, in what is called a major “calving” event.

The size of the U.S. state of Delaware or the paradise island of Bali, the iceberg will be one of the biggest ever seen.

For months, scientists have been watching the growing crack spread some 175 kilometers (approx. 108 miles) along the ice sheet with growing alarm. Now just 13 kilometers (8 miles) remain, keeping this chunk of ice attached to the main ice shelf.

In glacial terms, it is literally hanging by a thread.

“It’s keeping us all on tenterhooks,” Andrew Fleming of the British Antarctic Survey told Reuters earlier this week. “It feels like a niggling tooth” of a child as it comes loose.

According to scientists from Project MIDAS, a UK-based Antarctic research project investigating the effects of a warming climate on the Larsen C ice shelf: “When it calves, the Larsen C Ice Shelf will lose more than 10 percent of its area to leave the ice front at its most retreated position ever recorded; this event will fundamentally change the landscape of the Antarctic Peninsula.”

As the scientists pointed out, as the ice-shelf is already floating, an iceberg breaking off does not directly impact sea level rise, although “the ice shelf is holding back land-based glaciers, which have a large sea level potential.”

So what should we name this vast new iceberg when it carves? The folks at 350.org have come up with a novel idea: Let’s name it #ExxonKnew, because “50 years after learning the truth about climate change, Exxon’s climate denial is having increasingly devastating consequences.”

350.org outlines that the imminent calving of the vast iceberg is “one of the most dramatic displays of the destruction Exxon and their peers in the fossil fuel industry have unleashed upon the planet. Exxon’s climate denial created this iceberg. It should be named after it too.”

Ironically, way back in the early sixties, a division of the company that would become Exxon ran a full page ad in Life Magazine bragging about their ability to melt glaciers.

Later that decade, by 1968, a report for the American Petroleum Institute, on which Exxon is a prominent member, warned of the dangers of climate change and the risks to sea level rise if Antarctic glaciers melted.

Nine years later in 1977, Exxon’s leaders were told directly by a senior company scientist, James F. Black, about the looming climate crisis. “In the first place, there is general scientific agreement that the most likely manner in which mankind is influencing the global climate is through carbon dioxide release from the burning of fossil fuels,” he told Exxon’s Management Committee.

A year later in 1978, one of the most seminal works on Antarctica was published by John Mercer from the Institute of Polar Studies, who concluded: “One of the warning signs that a dangerous warming trend is under way in Antarctica will be the breakup of ice shelves on both coasts of the Antarctic Peninsula, starting with the northernmost and extending gradually southward.”

But Exxon ignored the warning signs and tried to discredit the science. Instead of taking responsible action, the company employed a decades-long deceitful and disingenuous climate denial campaign that has been well documented by scholars and activists alike.

The scientists and executives from Exxon deliberately followed the tobacco industry’s tactics of sowing doubt about evidence. Exxon set out to exaggerate the uncertainty in the science and twist the facts.

In October 1997, decades after the company was first warned about climate change, the head of Exxon at the time, Lee “Iron Ass” Raymond, delivered a speech to the Fifteenth World Petroleum Congress in China.

As Steve Coll recalled in his book “Private Empire,” Raymond “devoted thirty-three paragraphs of his seventy-eight-paragraph speech to the argument that evidence about manmade climate change was an illusion.”

Between 1998 and 2005, Exxon donated $16 million to numerous right-wing and libertarian think tanks to manufacture uncertainty about climate change.

In 2006, nearly three decades after Exxon was first warned about climate change, the British Royal Society wrote to Exxon asking the company to stop funding organizations which feature information “on their websites that misrepresented the science of climate change, by outright denial of the evidence that greenhouse gases are driving climate change, or by overstating the amount and significance of uncertainty in knowledge or by conveying a misleading impression of the potential impacts of anthropogenic climate change.”

But Exxon has continued funding climate denial and Antarctica continues to warm.