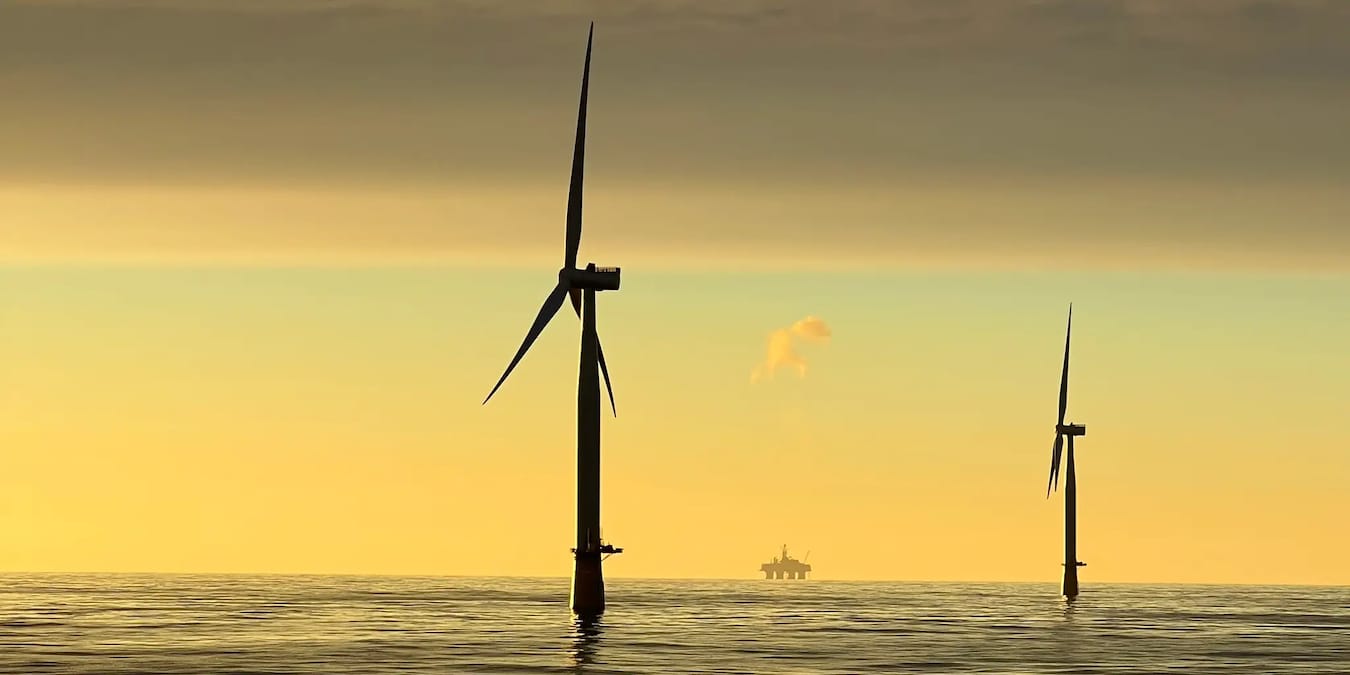 The world’s largest wind farm generated its first electricity off the coast of Norway Sunday at 12:55 p.m. local time.

This isn’t the win for the climate you might think, however; the wind farm was built by Norwegian state oil company Equinor to power its North Sea oil and gas production.

“I am proud that we have now started production at Hywind Tampen, Norway’s first and the world’s largest floating wind farm,” Equinor’s executive vice president for Projects, Drilling and Procurement Geir Tungesvik said in a statement. “This is a unique project, the first wind farm in the world powering producing oil and gas installations.”

The Hywind Tampen wind farm is located around 86.9 miles off the coast of Norway, according to CNBC. When completed, it will have 11 turbines generating 88 megawatts (MW) of electricity. Only seven will go online in 2022, but those seven will generate 60 MW, which is still more than any other offshore wind farm, Equinor said. The remaining four will be installed during a period of clear weather in 2023.

However, despite its impressive wattage, the project is contradictory. The first power generated Sunday was directed towards the Gullfaks oil and gas field, and the wind farm overall will power operations at both Gullfaks and another oil field called Snorre.

Equinor says the wind farm will reduce the carbon dioxide emissions of the two fields by around 200,000 tonnes per year and meet around 35 percent of their electricity needs while establishing the North Sea as a site for clean energy as well as fossil fuels. Norway currently meets most of its own energy needs with renewable sources, according to UPI, but exports its oil and gas to other countries. This has been useful for Europe in the short term once Russia reduced its gas flows there following its invasion of Ukraine and subsequent sanctions.

“Hywind Tampen cuts emissions from the oil and gas industry and increases the gas export to Europe. This is an important contribution towards transforming the Norwegian continental shelf from an oil and gas province to a broad energy province,” Equinor’s executive vice president for Exploration and Production Norway Kjetil Hove said in a statement. “Just a few years ago, no one would have believed that offshore platforms could be powered by electricity from floating wind turbines. Well, now we have started.”

However, the scientific consensus is that nations must stop producing and burning fossil fuels as soon as possible in order to avoid the worst impacts of the climate crisis. One report published in March from the Tyndall Centre at The University of Manchester concluded that 19 wealthy nations including Norway must stop oil and gas production by 2034 in order have a 50 percent chance of limiting global warming to 1.5 degrees Celsius above pre-industrial levels while giving poorer nations a chance to transition to alternative energy sources without destabilizing their economies.

“While it is largely understood that there needs to be an urgent phase-out of coal production globally, this report illustrates only too clearly why there also needs to be a phase-out of oil and gas production. And it shows that the pace and end date of the wind-down needs to be rapid,” former European Commissioner for Climate Action and Danish Minister for Climate and Energy Connie Hedegaard said in response to the report, adding that increased fossil fuel production was also not an effective solution to energy crises like the one spurred by Russia’s invasion of Ukraine. “This urgency has only been tragically underscored by recent geopolitical events, which have made it abundantly clear that there are numerous reasons why the world needs to get off its dependence on fossil fuels and accelerate the transition to clean energy.”

In this context, using wind power to fuel oil and gas development could be interpreted as greenwashing an industry whose continued operation is incompatible with a just transition and a livable climate.