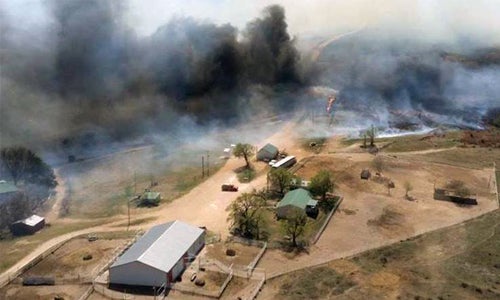 The largest wildfire in Kansas history continues to burn, despite help from a cold and snowy weekend. 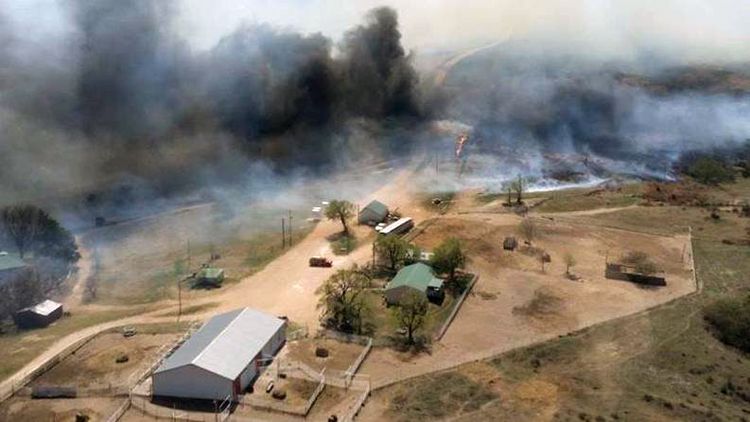 The Anderson Creek Fire has burned 400,000 acres of land—the equivalent of more than 600 square miles—in a week in Kansas and Oklahoma, thanks in part to abnormally warm temperatures across the region. Kansas Gov. Sam Brownback implemented a State of Disaster Emergency for five counties, and at least four homes and an unknown number of livestock were affected.

Climate change has contributed to the increased length and severity of wildfire season across the U.S., and for the first time last year the U.S. Forest Service spent more than half its budget preparing for and fighting fires.