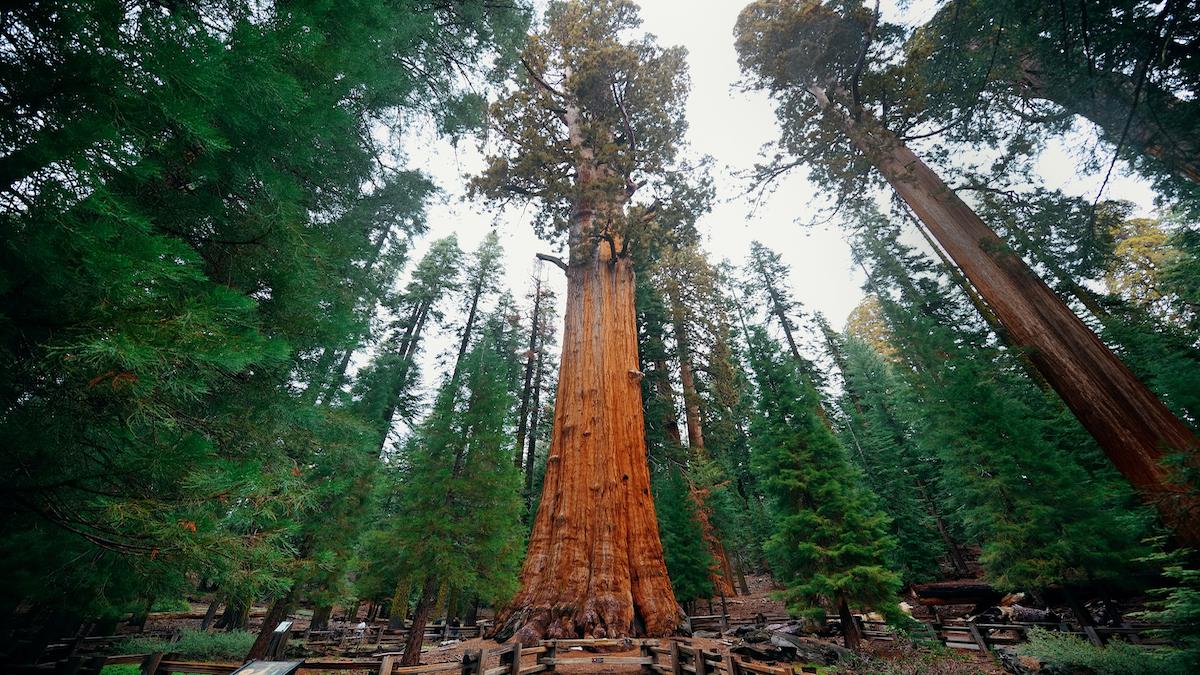 Firefighters in California are using blankets to protect iconic sequoias — including the world’s largest tree — from approaching wildfires.

The Colony Fire was within a mile of Sequoia National Park’s iconic Giant Forest Thursday afternoon, which hosts around 2,000 sequoias including the General Sherman Tree, considered the largest on Earth in terms of volume, the Los Angeles Times reported. Officials raced to protect the grove from flames that could reach it within a day.

“It’s a very significant area for many, many people, so a lot of special effort is going into protecting this grove,” Sequoia and Kings Canyon National Parks spokesperson Rebecca Paterson told the Los Angeles Times.

The General Sherman Tree has a volume of 52,508 cubic feet, The AP reported. It also extends 275 feet into the air and has a circumference at its base of 103 feet. It is between 2,300 to 2,7000 years old, BBC News reported. Firefighters are protecting it along with other trees in the grove, the Giant Forest museum and other buildings by wrapping it in aluminum, according to The AP.

The wrap used is “like tinfoil basically,” Mark Garrett, a spokesperson for the firefighting efforts, told the Los Angeles Times. It is the same material used to wrap homes and works by shielding the trees from embers and reflecting heat. Vegetation around the trees was also cleared to help protect them.

The grove is being menaced by the KNP Complex Fire, a joining of the Colony and Paradise fires that stands at 9,365 acres, according to the most recent information from InciWeb. The two fires were started by lightning strikes around a week ago and 482 firefighters are currently working to contain them.

In addition to immediate protections, the grove is also protected by the park’s history of conducting prescribed burns to clear out other vegetation that might otherwise fuel fires in sequoia groves, The AP noted.

A “robust fire history of prescribed fire in that area is reason for optimism,” Paterson told The AP. “Hopefully, the Giant Forest will emerge from this unscathed.”

Sequoias have evolved to withstand wildfires and even to spread their seeds with help from the heat. However, the more intense fires fueled by the climate crisis can be too much even for these trees. Last year’s Castle Fire killed between 7,500 to 10,600 large sequoias.

California is in the midst of yet another in a series of extreme wildfire seasons fueled by drought and climate change. Last year, a record 4.1 million acres burned, according to the National Interagency Fire Center. This year, more than 7,400 blazes have scorched more than 2.2 million acres so far, BBC News reported. 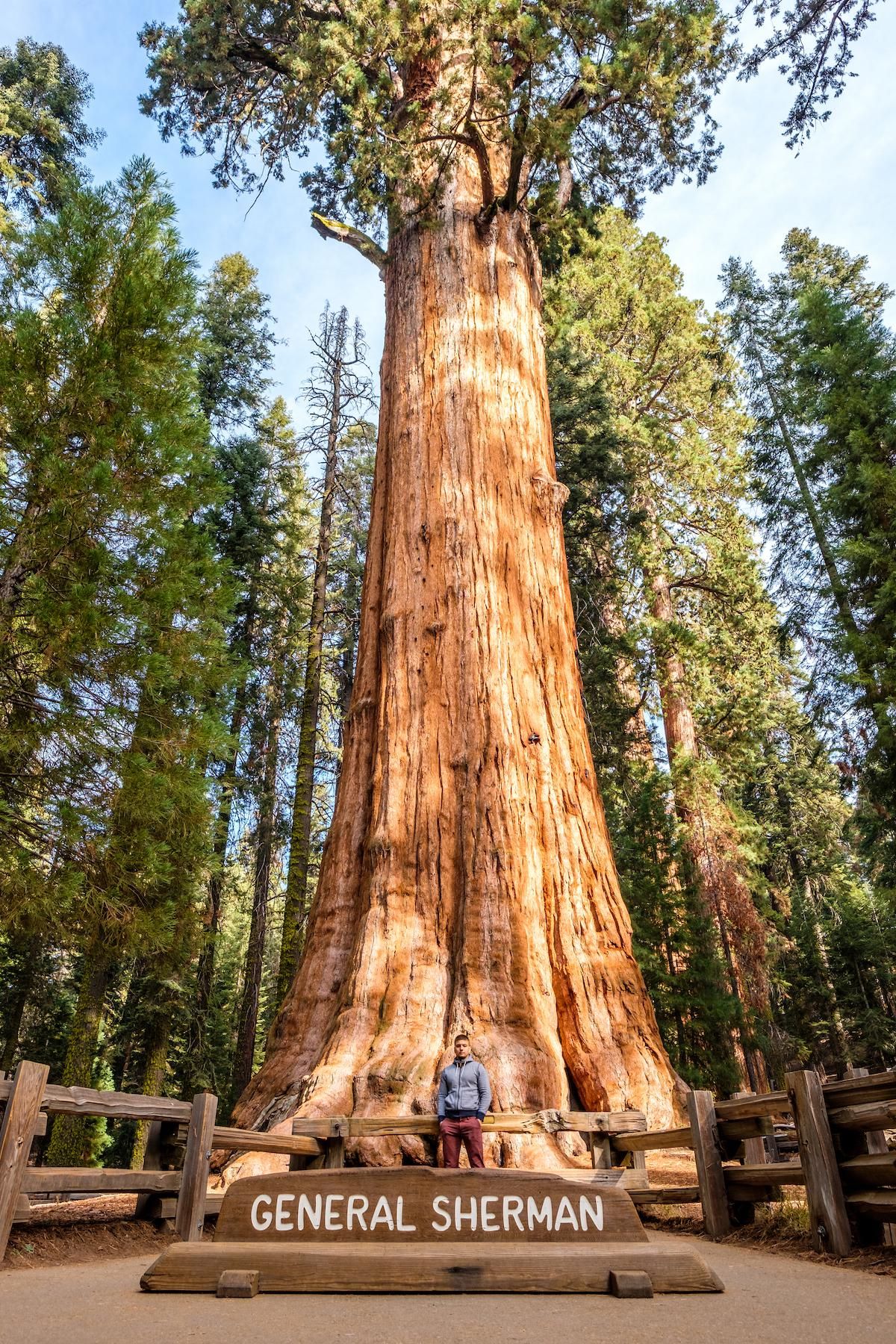 A tourist in Sequoia National Park in front of the largest tree in the world. haveseen / iStock / Getty Images Plus