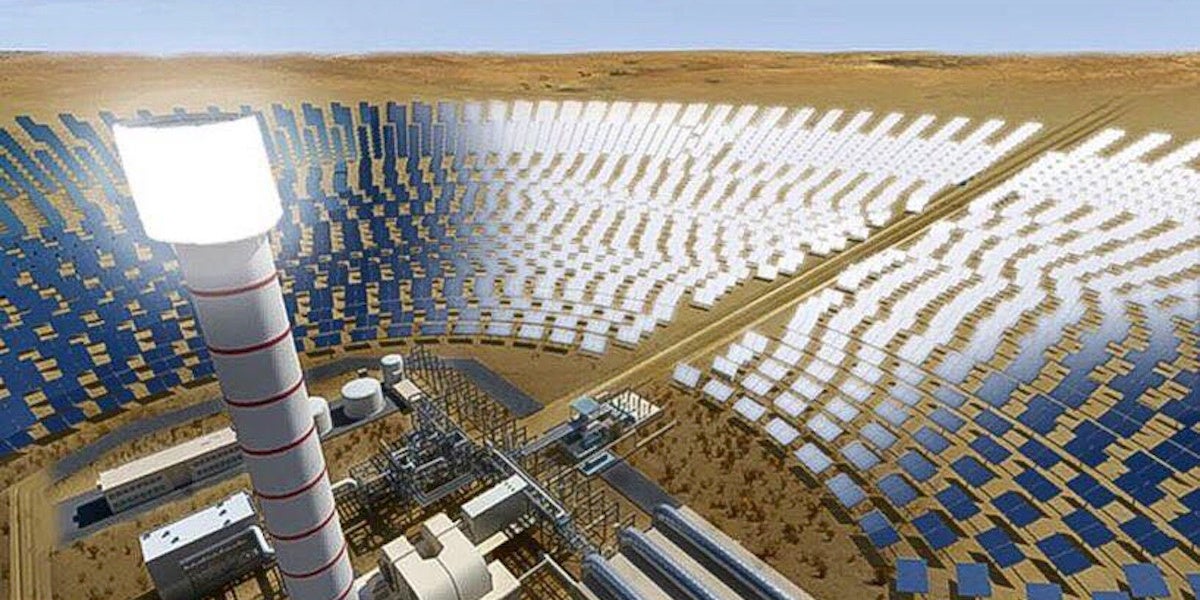 The Dubai government has awarded a
$3.9 billion contract to construct the 700-megawatt fourth and final phase of the world-record-holding Mohammed bin Rashid Al Maktoum Solar Park.

The project also includes the construction of an 850-foot-tall solar tower that receives focused sunlight, the world’s tallest such structure once complete.

The contract was awarded to a consortium of China’s Shanghai Electric and Saudi Arabia’s ACWA Power, who bid a Levelized Cost of Electricity of 7.3 U.S. cents per kilowatt hour—a record low price for concentrated solar power (CSP).

“Our focus on
renewable energy generation has led to a drop in prices worldwide and has lowered the price of solar power bids in Europe and the Middle East. This was evident today when we received the lowest CSP project cost in the world,” Saeed Mohammed Al Tayer, managing director and CEO of DEWA, said.

CSPs use mirrors to concentrate the sun’s rays to heat molten salt and produce superheated steam to drive a generator’s turbines. Unlike traditional solar panels, CSPs can produce power long after the sun has set, and can store energy for up to 15 hours.

The massive solar park is part of the Dubai Clean Energy Strategy 2050, which aims to provide 7 percent of the emirate’s total power output from clean energy sources by 2020, 25 percent by 2030 and 75 percent by 2050.

“This project is a game changer in our quest to decarbonize electricity generation by making available renewable energy at a price that competes with fossil fuel-generated electricity without subsidy not just when the sun is shining but at any time of the day and night,” Paddy Padmanathan, president and CEO of ACWA Power, said in a
news release.