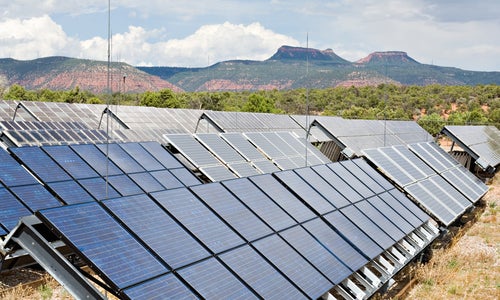 A U.S. Army base near the Mexican border will soon be home to the U.S. Department of Defense’s largest solar array on a military installation.

The U.S. Army announced Monday that Fort Huachuca, in Southeast Arizona’s Cochise County, on April 25 will break ground on a solar array with panels that collectively will provide one quarter of the base’s electricity needs. 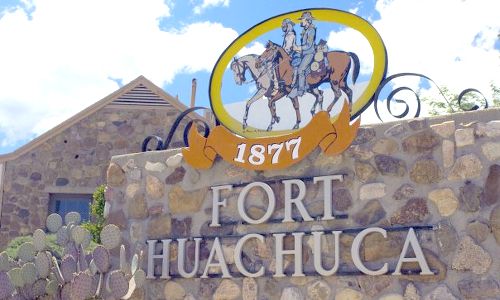 Fort Huachuca in Arizona will soon be home to the U.S. Department of Defense’s largest solar array on a military installation. Photo credit: U.S. Army

“The project establishes a new path for an innovative partnering opportunity among the U.S. Army, other federal agencies, private industry and the utility provider,” said Richard Kidd, deputy assistant secretary of the Army for energy and sustainability. “I applaud the significant efforts and teamwork to bring this project to fruition—and set the example for other large scale renewable energy opportunities.”

The U.S. Army Energy Initiatives Task Force, the General Services Administration and Fort Huachuca are collaborating with energy provider Tucson Electric Power and developer E.ON Climate and Renewables on the project. Tucson Electric Power will fund and maintain the array, which will be designed, engineered and constructed by E.ON.

Once completed, the Fort Huachuca project will replace the Davis-Monthan Air Force base as the DoD’s largest solar array. That project began generating power two months ago, about 70 miles north of Fort Huachuca in the same state.

“The project will provide reliable access to electricity for daily operations and missions moving forward.”

Arizona Air Force Base Celebrates Largest Solar Array of Any on U.S. Department of Defense Grounds