Largest Hydro Project in Patagonia Gets Green Light, But the Fight Is Far From Over 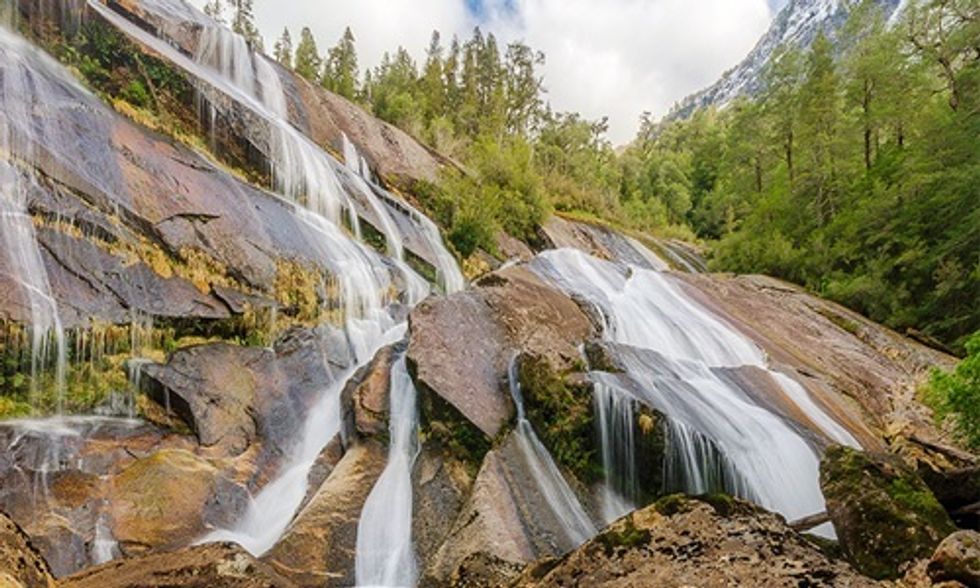 Chile's Council of Ministers, in a decision the national press declined to cover, issued a critical decision on Monday to uphold the Resolution of Environmental Qualification (RCA) for what will now become the largest hydroelectric project in Patagonia. Despite Chile's efforts to improve its regulatory process and put new safeguards into place, this case serves as another example of how the country's environmental framework is continuing to be exploited in the absence of regional policies for protecting Patagonia's wild and scenic rivers.

The Mediterraneo hydrolectric project, which would carve a 40-mile path into the heart of the Andes Mountains and open up the Patagonia region to a new wave of hydro development, has Chilean environmental leaders crying foul. Meanwhile, the press is looking the other way in a move that raises questions about Chile's commitment to transparency in its environmental permitting system.

These rivers are the lifeblood of the local economy and a major driver for ecotourism in Patagonia. Photo credit: Futaleufú Riverkeeper

The council's decision to reject all 27 oppositions was heavily criticized by environmental groups, who cited irregularities and financial ties to high-ranking government officials. The 210 megawatt hydro project will cost $400 million to build and is the brainchild of a group of investors led by Jose Cox, a close friend and advisor to former President Sebastian Piñera. Among other major investors is Ricardo Bachelet, cousin of current President Michele Bachelet. The approval of Mediterraneo's RCA marks a sharp reversal for the Council of Ministers, which last year won praise for revoking the permit for Endesa and Colbún's joint HidroAysen project in Patagonia, following a hard-fought citizen-led campaign.

The decision to approve new megaprojects in Patagonia is even more worrisome as we approach COP21, the climate talks in Paris. By allowing the destruction of its rivers, Chile is squandering an opportunity to both become a global leader in ecotourism and a regional leader in the fight against climate change. These rivers are the lifeblood of the local economy and a major driver for ecotourism in Patagonia. And unlike many countries, Chile has both the technology and the geographic features to satisfy 100 percent of its energy needs from nonconventional renewables like wind and solar. This means that Chile can be ambitious on tackling climate change while simultaneously protecting wild and scenic waterways like the Puelo, Manso and Futaleufu—if it wants to be.

Such a move would be both good business and smart policy. This past July, several Chilean NGOs, including Futaleufu Riverkeeper, presented independent research showing big economic savings and public health benefits of moving to a 100 percent nonconventional renewable energy model (without dams). Under a scenario where no new large hydro is added, Chile could create 15,000 green jobs, prevent 1,500 premature deaths a year from air pollution in urban areas and save more than $5.3 billion annually in fossil fuel imports. However, this study was not considered by the government when determining its Intended Nationally Determined Contribution, bringing additional claims from civil society about a lack of citizen participation in Chile.

In order to achieve such a win-win scenario—100 percent renewable energy and a Patagonia without dam—leaders must stop playing political favorites and start listening to the people. But how do we make that happen?

It would be too optimistic to expect cronyism to disappear from the planning process anytime soon. Only a select group of companies have been involved in Chile's energy sector over the last several decades, and they still have the advantage over newer players despite efforts to make the market more competitive and promote nonconventional renewables.

Nor can we expect policymakers in Santiago to engage in a meaningful way with the Patagonian people. Very few local leaders in Patagonia have the training and resources available to them to represent their communities against the exploitative interests of companies like Mediterraneo or Endesa. Business investors understand this dynamic, which is why we can expect to continue seeing more mega-proposals until something changes.

If the Mediterraneo project moves forward, it will be the first time mainland Patagonia is hooked up to Chile's central power grid. From there, additional hydro projects can be added at lower cost to investors, pumping energy up north to the main population centers and mining sector.

Mediterraneo's transmission lines would stop less than 100 miles from the famed Futaleufú River, where Endesa still owns the water rights and recently indicated it still intends to build at least one 260ft dam. We are challenging that project as well, but the question left unanswered is how Endesa plans to ship that power north. These are export-only megawatts, but without HidroAysen's transmission line passing by the watershed Endesa will need to find another way to exploit the Futaleufu.

One thing is for certain: the fates of the Puelo, the Futaleufu and the rest of Patagonia's rivers are intertwined. If we can't propose a viable policy solution that counters the influence these companies have in Santiago, we should expect to see more megaprojects in the region.

The fight is far from over. Chile's new environmental courts accept challenges to decisions by the council, and local environmental groups are vowing to do just that. Indigenous Mapuche leaders also filed claims alleging a lack of prior consultation required by the Internation Labor Organization's Convention 169. As these cases make their way through the courts, the Chilean people must stay alert. And it would be nice if the press could at least start asking questions.

But for lasting change, we need to address problems with Chile's regulatory framework. With a new climate change agreement expected in Paris, Chile will soon be making difficult decisions about whether to sacrifice rivers like the Puelo and Futaleufu rather than invest more in energy efficiency or distributed generation. Alternatives like these can help protect Chile's wild and scenic rivers and get the country to 100 percent renewable energy, saving lives and money and creating new jobs in the process. But changing the game in a country where projects like Mediterraneo are still leaping over environmental hurdles with ease will take a collective effort.

Maybe the press won't listen. Maybe it's bad business if they do. But the Chilean people are listening. And with climate change a global problem and the need to protect the world's rivers and glaciers becoming more obvious each day, the world is paying attention as well.

Patrick J. Lynch is an environmental attorney and policy consultant who lives in Chile. He currently serves as international director for Futaleufu Riverkeeper.