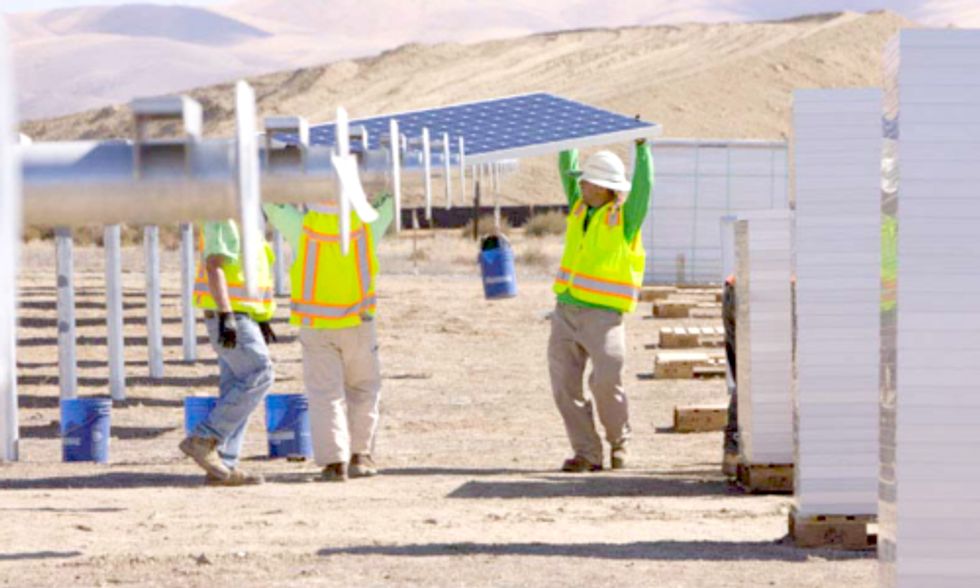 Funding for large-scale, solar energy projects across the globe grew immensely in 2013.

According to a year-end report from Mercom Capital Group, corporations and undisclosed investors financed projects with about $5 billion more in 2013 than the year before. Large-scale project investments were $13.6 billion last year, compared to $8.7 billion in 2012.

“While venture funding levels were down, overall fundraising was up and public market financings were really strong in 2013,” Raj Prabhu, chief executive of Mercom Capital Group, told P-VTech.org.

“Higher valuations among public solar companies have opened up the capital markets again as an avenue for fundraising at attractive terms. IPOs [Initial Public Offerings] are back.”

Warren Buffet's MidAmerican Energy Holdings completed a $1 billion bond deal for the most expensive project of the year—the 579-megawatt (MW) Solar Star Development in Southern California. The two-farm project should be complete in 2015.

Merger and acquisition activity around the world nearly doubled in 2013 to $12.7 billion, according to the Mercom report.

In Mercom's 2014 outlook released last month, the Texas firm pointed out that residential projects are still the main drivers of solar growth in the U.S. Solar residential and commercial lease funds showed growth in 2013, totaling $3.34 billion. That's a 69-percent increase from 2012. The companies and investors raised $1 billion in the fourth quarter alone.

Last month, Mercom predicted 43 gigawatts of new solar projects in 2014 in the U.S.